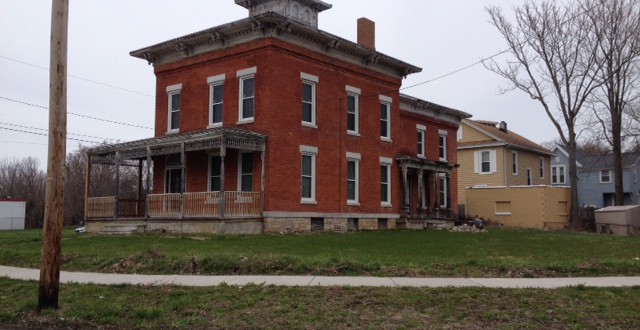 Brick home located at 603 Oakwood Ave. was purchased from the city in 2012. | Photo provided

In the April edition, you had an article about the “Land Bank Dispute.” The gist of the article was the contention by Councilors [Nader] Maroun, [Chad] Ryan and [Jean] Kessner that it is city policy to sell all properties through the Land Bank (LB). They insist the city could be making money by selling some properties directly to buyers. There are several problems with this scenario.

First, you either have a Land Bank or you don’t. It can’t be a halfway measure. How could it be financially feasible to the LB for the city to cherry pick the more valuable properties for sale and then dump the others on it? The LB would find itself burdened by hundreds of properties it would have to maintain with little hope of sale and also less sales to offset this expense.

Second, several previous sales by the city have been problematic. Once the property is sold (often without an interior inspection), the city had no control. The garage/convenience store at the corner of Delaware and Grace has long been the poster child for someone buying a property and then letting it languish, further degrading a challenged neighborhood. Additionally, the potentially beautiful brick home at 603 Oakwood was purchased from the city in 2012. While there have been some superficial improvements, it still remains vacant and apparently uninhabitable. Both properties are also tax delinquent.

Third, when properties are purchased from the Land Bank, potential owners are able to inspect them and are presented with a minimum scope of work. Once bought, they have one year to complete the repairs or, unless there are extenuating circumstances, it reverts to the LB. This ensures that buyers will have both an idea of the cost of repairs and have the necessary finances.

The Land Bank has already made a difference by increasing delinquent tax collection by over $9 million while being subsidized by the city by about $6 million. More importantly it has begun improving neighborhoods by removing blighted houses and initiating the renovation of many more for purchase by both owner-occupants and investors.