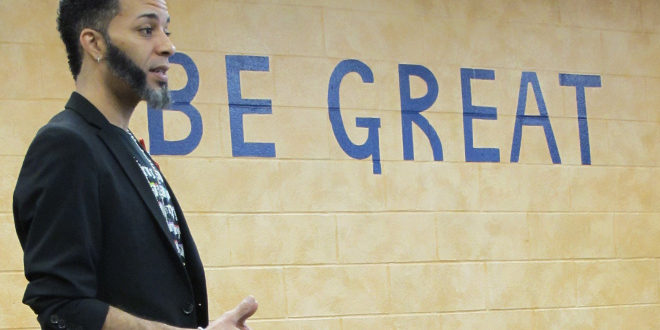 “Just talking to God,” he explains after shaking out of it. 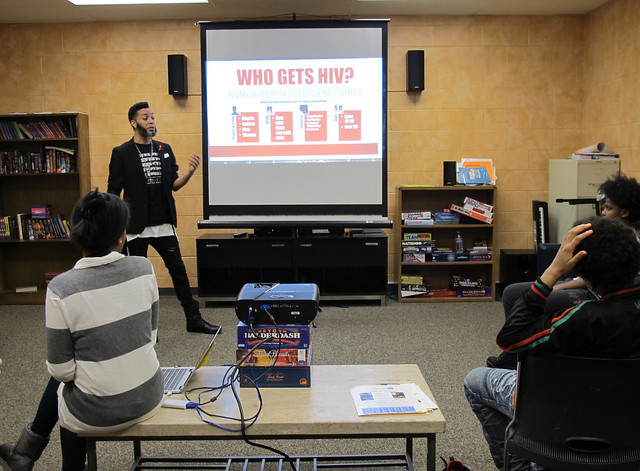 His faith-fueled mission over the past 18 years has been to educate Syracuse to take the path he is on now, not the one he traveled to get here. His past adventures ended when he contracted HIV. Now he works as a “Josh-of-all-trades” to advocate, educate and motivate.

Awareness is a major component of King’s outreach. On Feb. 7, National Black HIV/AIDS Awareness Day, he darted throughout the city proselytizing. This month, April 10 marks National Youth HIV & AIDS Awareness Day, which is another major focus for him this year. While nationally recognized days such as these are busy work days for him, raising awareness is his daily mission.

In the coming months, he will bring together local teens for a full day of training by organizing a youth summit. The idea is to expand his voice among these new leaders. King, 36, works as a free agent, picking and choosing his battles by working for groups such as VOCAL-NY (Voices Of Community Activists & Leaders); 1199SEIU, the nation’s largest health workers union; ACR Health; the National Black Leadership Commission on AIDS, and other HIV/AIDS advocacy groups.

“I work for myself, deciding which causes I want to speak out for as an ally,” he said.

He also runs Masking & Kompany, which offers his services for youth engagement speaking tours at community events and schools — from local high schools to colleges and universities. He speaks candidly to youth, and he reaches them. After his talks, the young listeners are able to share back what they’ve learned and ask informed questions.

Earlier this year, Deka Dancil, lead health educator with the Boys & Girls Clubs of Syracuse, invited King to speak because of his ability to reach teens and genuinely connect with them.

“As an educator, I always ask myself three questions before I bring an individual in front of my youth,” Dancil said. Her questions: “Can they command a classroom? Are they humorous? Can they relate to my teens?”

To garner an invite by Dancil, individuals must elicit a yes to the first two questions. “The last is always a bonus that makes me work extra hard to secure the engagement,” she added. “Josh has all three. And he is relatable to my group, in particular being a black male and LGBTQ.”

Dancil says 100 percent of the youth she works with are black, and about 25 percent belong to the LGBTQ community.

King, who is black and Caucasian of mixed race, says a focus for him this year is to give youth the opportunity to be educated and empowered.

To be most effective in reaching youth, he says he takes a transparent approach. “I don’t sugar coat things,” he said. “I want to be relevant and give it to them straight.”

King brings the latest data from current research studies and approaches presentations knowing that young teens already are having sex or are considering it. He wants to provide them with information they might not be getting and help them learn how to protect themselves — not simply preach abstinence.

“Many times the sex education is outdated and not comprehensive to the realities of today,” he said about much of the standard public school sex education. “Materials are still pushing abstinence, and that’s not realistic.”

The Centers for Disease Control and Prevention reports, in 2015, that youth ages 13 to 24 accounted for 22 percent of all new HIV diagnoses in the United States, with gay and bisexual males accounting for most new diagnoses. And, according to the CDC’s 2014 School Health Profiles, many high school courses do not include prevention information for young gay and bisexual men and do not start early enough; as well, sex education offerings have declined over time.

“There is a great lack of educational materials targeting teens who identify as LGBTQ,” said Pete Carney, project director with Pride for Youth, a service agency targeting LGBTQ youth in three Long Island counties. He finds that youth often receive fractured information.
“Many school districts will tell students to use condoms, but they do not demonstrate how to use them,” he said as an example. “So, students end up making decisions based on limited information.”

King hopes his new partnerships with the East Side Boys and Girls Club and with the Syracuse City School District’s Superintendent’s Cabinet, which includes students who have been identified as leaders, can pass on such needed knowledge to the next generation, training them to share safe sex practices with their peers.

Additionally, his planned full-day youth summit will bring current leaders from the HIV Stops with Me campaign to speak with teens in interactive sessions held at local community centers to train them in advocacy and engagement. The evening will end with a celebration.

“I’m creating partnerships where we have allies on all fronts,” he said about his strategy to make sex education relevant. “Now (the new teen leaders) can be the bridge into the schools, further expanding the message.”

King describes his own teenage years as wild. 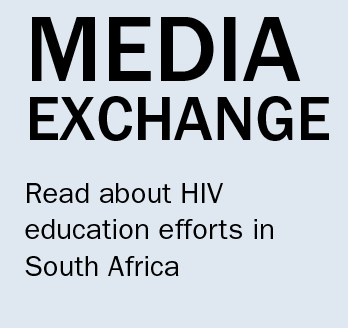 He was raised in DeWitt with a single mother and two older siblings. His mother sacrificed a lot for her family but couldn’t keep up with what was going on behind his middle school doors.

As a young boy, the then-shy King says he was bullied. One day he fought back, and fought back hard. He ended up picking one boy out of a group that had beaten him up previously, fighting back with his fists.

He grew up to become an alpha male, he says now looking back, adopting a sort of “it is what it is” attitude that spiraled out of control. He became sexually active with men and women and even started prostituting himself.

“I was doing cocaine, popping pills and just figuring out life,” he said, recalling one drunken night when he said his drink got spiked and his life took that fateful turn. He woke up three days after the incident — frazzled, beaten and raped.

Weeks went by before he sought help. He tried to go on about his life as normal, but knew he was sick. Later, the then 20-year-old went to get tested and found out he was HIV-positive.

Carney, of Pride for Youth, says he has heard stories of denial in his decade of working with the LGBTQ community.

“I’ve heard so many anecdotes over the years of young, gay men — who know the importance of being tested and know where to go to get tested — (who) avoided testing because they don’t want a devastating outcome,” he said.

A handful put off testing for so long, Carney said, that they never learned they had contracted the virus. “They discover too late when they end up in the emergency room,” he said. “It’s mind blowing. For years they went undiagnosed, and by the time they go into the ER, it’s too late; they find out they have a full-blown case of AIDS.” 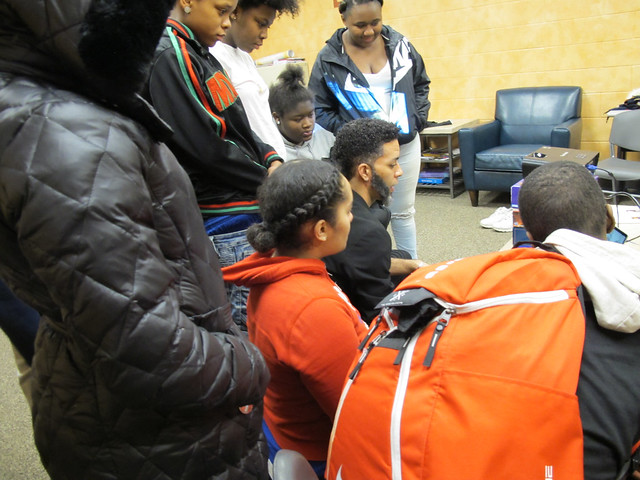 Nine teens from the East Side Boys & Girls Club huddle around Joshua King to watch his PSA for HIV Awareness on a laptop. | Ashley Kang, Staff Photo

But today, an HIV diagnosis is not the end, Carney says. King reaffirms this in his local talks. The virus is now manageable with medications, some even limiting one’s sexual partner from contracting it. PrEP, a pre-exposure prophylaxis medicine, can be taken daily by people who are at high risk of being exposed to the virus to lower their chances of being infected.

King tells his audiences if they feel they are at risk, they should be tested and should speak to a medical professional. Never delay. Then keep being tested every three months. His past led to much peril, but he uses it to influence others to make better choices — especially local youth.

“Josh always keeps it real,” Dancil said about his outreach. “Teens can feel that, and they definitely appreciate that.”

— Article by Alexis Scott and Ashley Kang, The Stand