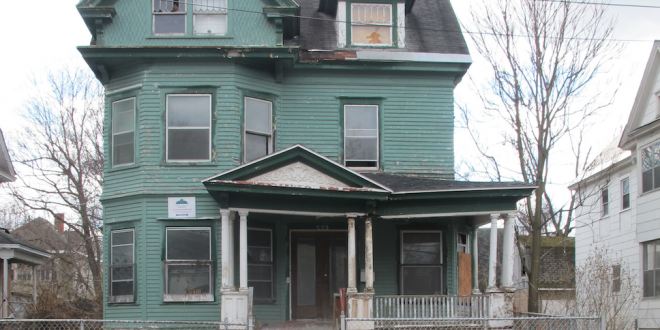 This property on West Beard Avenue is one of the 87 Land Bank properties on the South Side. | Ashley Kang, Staff Photo

The Greater Syracuse Land Bank, the public agency designed to take over abandoned residential properties and turn them over to a nonprofit renovator, will acquire 600 homes this year and next. But now, four years after the agency began its work, some members of the city’s Common Council are criticizing the Land Bank as stifling local initiative by barring residents from buying abandoned properties themselves.

“This administration, for whatever reason, decided not to do the tax trust and to only sell properties to the Land Bank,” said Councilor Nader Maroun, who represents the city’s Fifth District. “That was an administrative policy decision that some of us on the council disagreed with.” When the Land Bank was first formed, buyers could enter a trust agreement with the city where they would have payment plans and have the opportunity to buy property, Maroun said. The policy was changed about a year and a half ago, he said.

Since starting operations in 2012, the Land Bank — an autonomous public entity — has moved aggressively to combat the urban blight of decaying housing in Syracuse’s neighborhoods. It acquired more than 900 properties, Mayor Stephanie Miner said at her 2016 State of the City Address, in which she also said she expected the agency would acquire 600 more — many of which are on the South Side — through December 2017.

Prior to the Land Bank selling properties, developers and other possible buyers were able to purchase the properties — most of them tax-delinquent — directly from the city. Miner’s administration has since stopped those sales so that now the city designates the Land Bank as handling all such transactions.

A few years ago, Maroun said he had a vacant property near his house that had been tax delinquent and he wanted to try to buy it. “Today, I wouldn’t be able to do that … It all goes to the Land Bank,” he said. Maroun didn’t end up buying the property. 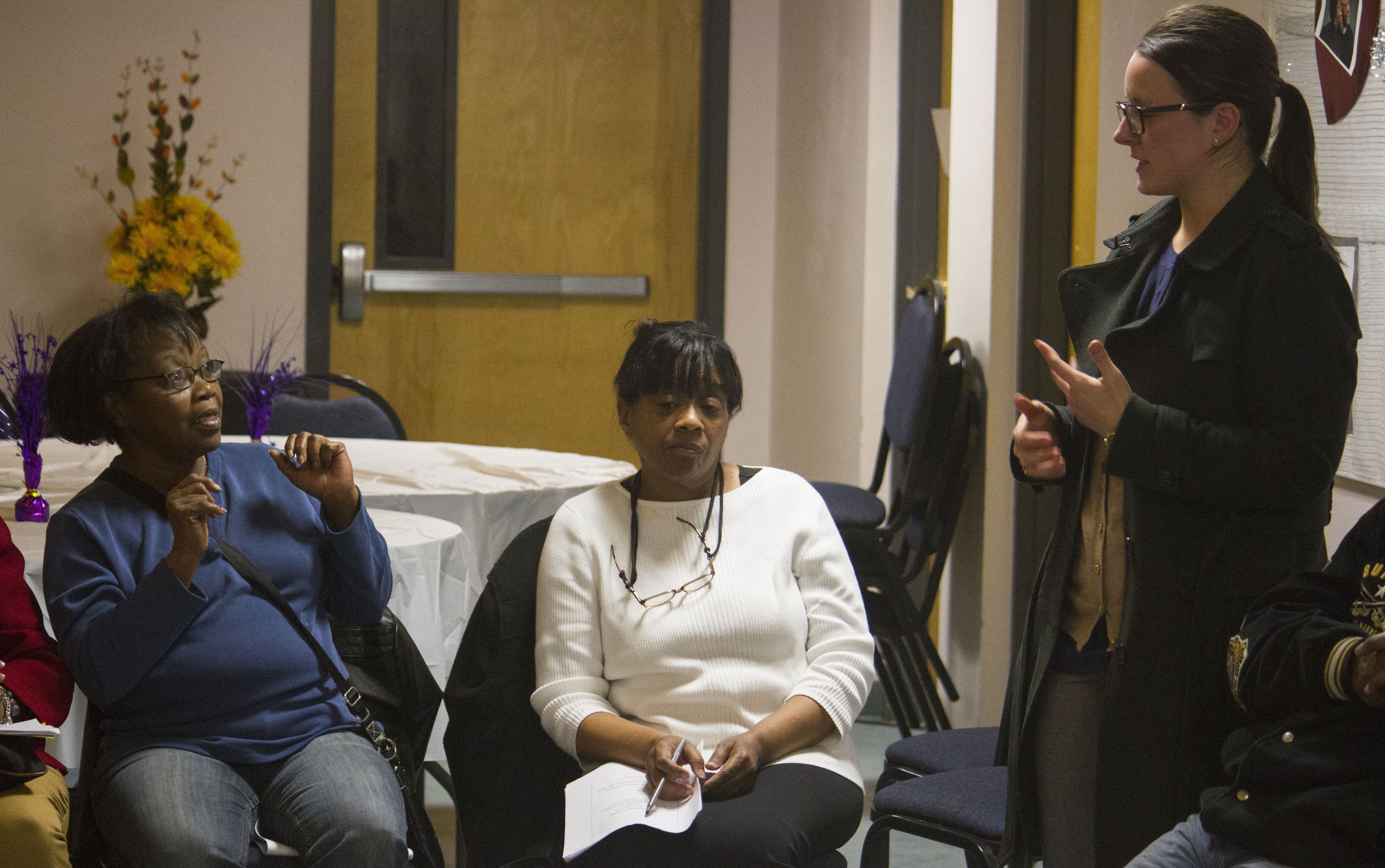 Katelyn Wright, far right, talks to the community about the Land Bank during a meeting of Syracuse United Neighbors held in 2013. | File Photo

Marion did say that it’s “important to note that the Land Bank is not a city department so they, under the guidance of their board of directors, set the policies and decide to whom they sell properties.”

As of Jan. 29, the Land Bank had sold 250 properties and had garnered $8.2 million in private investment, the mayor said in her speech. The sales generate about $400,000 in local property taxes each year, she said.

Some properties are demolished, and a majority of the council supports more demolitions, councilors said.

Maroun isn’t alone in the belief that outside developers and local residents should be able to buy the abandoned properties before they’re acquired by the Land Bank. Councilor Chad Ryan, who represents the city’s Second District, said he doesn’t like the policy.

“I’m a city councilor and my job is to get funds for the city,” Ryan said. “If there’s a project coming in and I think it’s a home run application that’s really good for the neighborhood, why wouldn’t we sell some of these?”

At the Feb. 8 council meeting, Councilor At-Large Jean Kessner brought forth 61 properties to be sold to the Land Bank. Forty-six passed, all unanimously, while the others weren’t voted on.

Kessner said she favors people being able to come and buy the properties from the city and added that the city should be able to recoup the money spent on maintenance of the properties, which, she said, is why some councilors support demolitions in order to help clean up the city. The demolitions are in addition to processing the houses through the Land Bank.

“We can’t stop doing these demos because these properties are hurting these neighborhoods,” Ryan said. “They attract drug dealers, they attract all these different acts so it’s a difficult situation.” 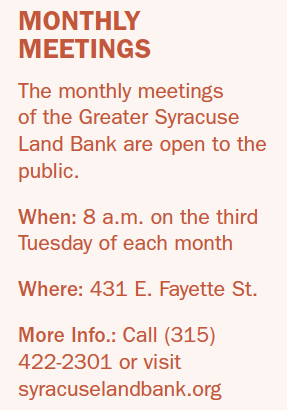 Independent studies, including one in Cleveland, Ohio, have shown there’s an economic gain when properties like the ones the Land Bank acquires are demolished.

Ryan said the council is fighting for as much demolition to the properties as possible. Funding for the demolitions — which costs about $15,000 for a single-family house — comes from the city, the Land Bank and the New York state attorney general. A call to the attorney general’s press office went unreturned.

Maroun, who led the charge to support demolitions, said about 150 properties have already been demolished, starting in March 2014. “I would argue that there’s at least that number, if not more, that still need to come down and we’re trying to figure out how we finance to be able to do that. Something needs to be done instead of them just being in a limbo status.”

While there is controversy over the demolitions and the Land Bank’s sales policy, Maroun said in the end, the goal should be to not have a permanent Land Bank.

“Ultimately, the Land Bank should be working itself out of business, because there’s only so many properties the city can transfer,” Maroun said. “Once the volume of properties has been addressed, we would get to a point where the city itself would have minimal numbers of properties that would be tax delinquent and eligible for seizure.”