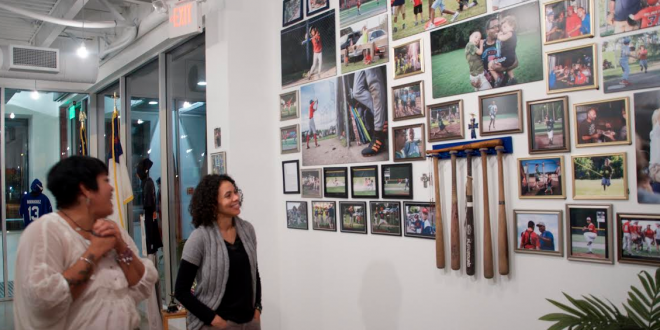 ‘Balcon Criollo’ on display through Dec. 11 in the West Side

Luz Encarnacion didn’t know anything about baseball before this past summer.

Although, you wouldn’t have been able to tell that on the last weekend of July, when famous baseball player Pedro Martinez was inducted into the Hall of Fame in Cooperstown. 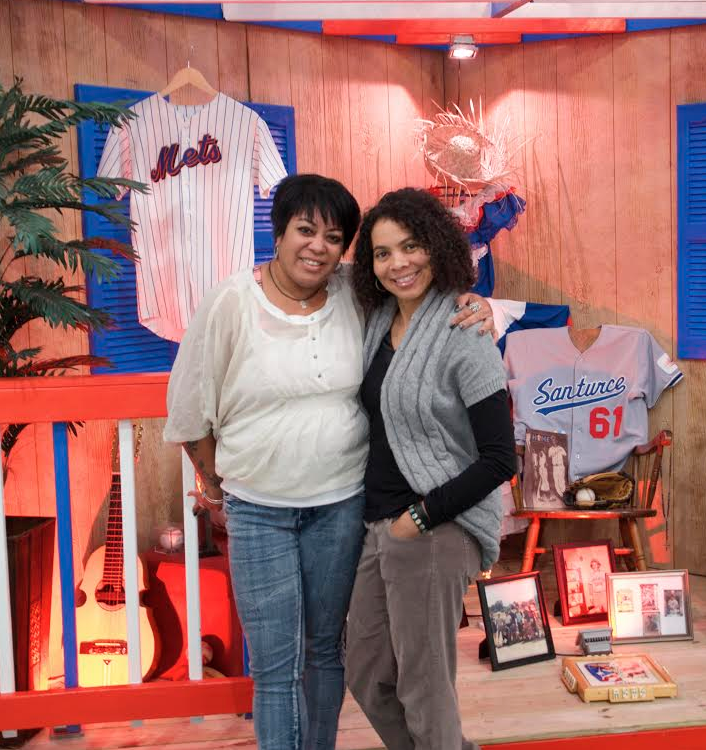 Luz Encarnacion and Marilu Lopez Fretts worked this summer to put together the current exhibit at La Casita Cultural Center.

Encarnacion traveled to the stadium and stood and cheered along with thousands of others. She looked at all the flags representing different countries in Latin America and felt the excitement rising in her. She began to realize how much she had come to love the sport in just one summer.

Encarnacion’s newfound passion for baseball came from taking photos and interviewing baseball players alongside freelance photographer Marilu Lopez-Fretts for an exhibit at La Casita Cultural Center. The exhibit, open now, highlights the importance of baseball to the Latin American community and will run until Dec. 11.

Many items like baseball gloves, bats, jerseys and photos and videos of baseball players featured in the exhibit come from people within the Syracuse community, including many living in the West Side neighborhood where the center is located. 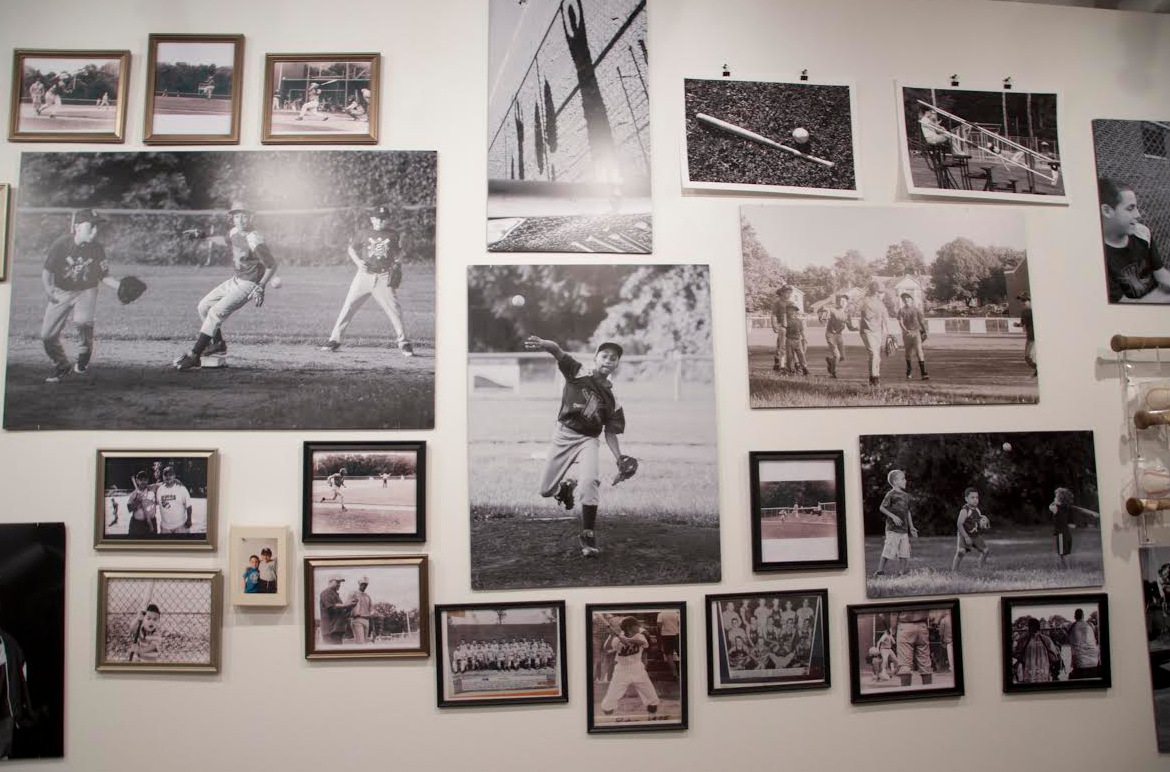 The exhibit started three years ago, when Encarnacion began thinking of a way to showcase her Latin American heritage she was so proud of. Encarnacion, who grew up in Puerto Rico, did not experience the true meaning of her culture until she moved to America. She began falling in love with dances like bomba y plena, the rich food, the lively festivals and the friendly people.

The project entitled “Balcon Criollo,” highlights a different part of Latin American heritage each year. Past exhibits have focused on Latin Americans serving in the armed forces and the cultural aspects of what it means to be Hispanic. “Balcon Criollo” stems from the importance of balconies in Hispanic culture. Each year part of the items for the exhibit are displayed on a balcony in La Casita, honoring the name of the project. When Encarnacion was looking for a title for the exhibit, she kept stumbling upon balconies in her research

“A balcony is where people enter and start a family. It’s where they exit and don’t want to be there no more. Maybe you sit down and gossip about your neighbor. Maybe you just want to sit down and relax. Maybe a grandmother is reading to a grandson,” Encarnacion said. 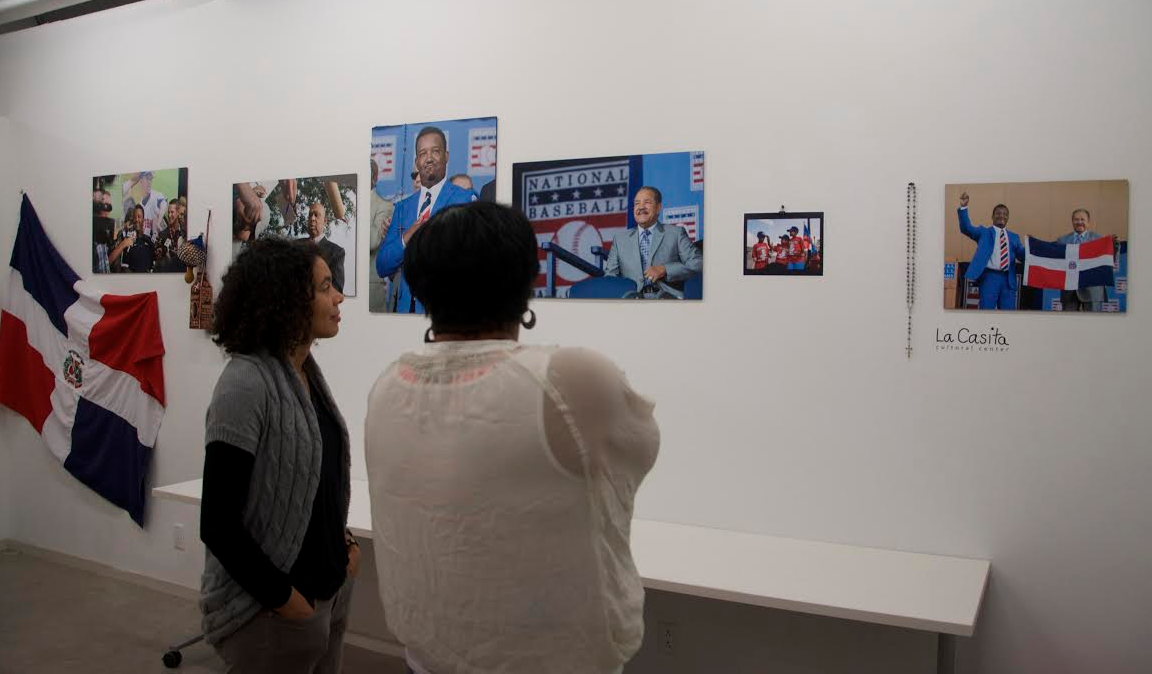 This year, La Casita Cultural Center is entering into a partnership with the Smithsonian Institute’s National Museum of American History and some items from the exhibit will be featured at the Smithsonian within the next five years, according to Encarnacion.

The two women had what Lopez-Fretts calls a summer of adventures. Without much prior knowledge about baseball, they relied on tips from others in the community.

“We would get in the car and just run and look for whatever, wherever,” Lopez-Fretts said.

Every week throughout the summer, they would attend at least one or two baseball games in Syracuse.

They found celebrated baseball heroes throughout the Syracuse community such as Syracuse baseball player, Nadia Diaz. Diaz gained national attention after striking out 19 batters during a championship game for the Southside American Little League in 2012.  She was only 11 at the time.

Lopez-Fretts said it was a pattern ongoing throughout the summer. Encarnacion would frequently call her about a baseball game they both needed to attend and Lopez-Fretts, who was working two jobs, would drop everything.

“I’m grateful she also pushed me to do probably more than what I was expecting because she gets so excited and you’re like how can I say no?” Lopez-Fretts said, smiling.

The two were a force to be reckoned with. Encarnacion’s enthusiastic, loud, and inviting personality made it easy for them to talk to many people.

Lopez-Fretts, a little more reserved, would take photos of the players. 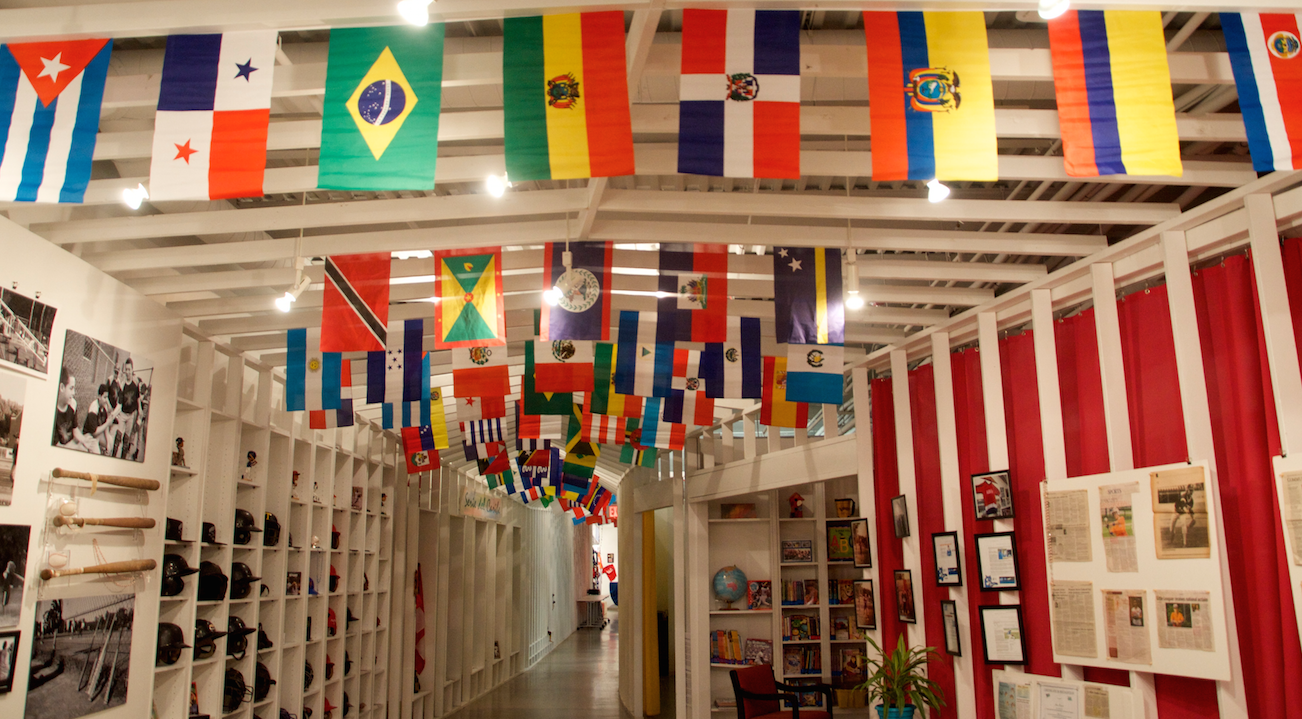 They also shared a connection. When they traveled to Cooperstown to see Pedro Martinez get inducted into the Hall of Fame, both couldn’t wait to get out of the car.

Encarnacion was the first to bolt.

“She said leave me here. I let her run free,” Lopez-Fretts said laughing.

By the time Lopez-Fretts parked the car and started walking up to people to interview, many of them had already met with Encarnacion. Despite there being thousands of people there, they both wanted to talk to the same people.

When Lopez-Fretts met up with Encarnacion at the end of the game, she noticed Encarnacion holding a huge bag.

“She had this bag like Santa Clause. She’s so candid that people who just met her, and people who’ve never met her before are giving her things that are in this exhibit,” Lopez-Fretts said.

Encarnacion worked weeks in advance of the opening, hanging most of the pieces for the exhibit by herself and sometimes staying late into the night just to make sure everything was perfect. Her vision of a place where her heritage could be celebrated has turned into something larger than she ever imagined.

“What I like about “Balcon” is it highlights my people, my community, the beauty of the culture,” Encarnacion said. “It gives the opportunities of others to learn about who we are as people. That gives a different hope to this community.”