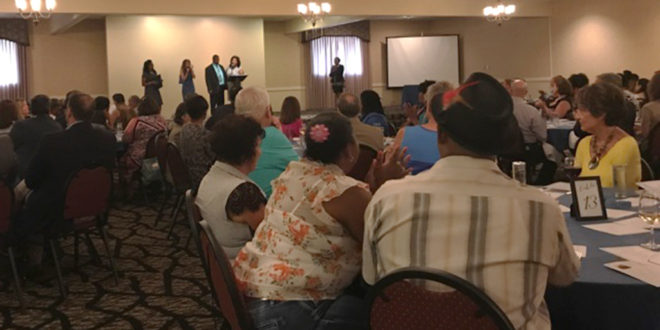 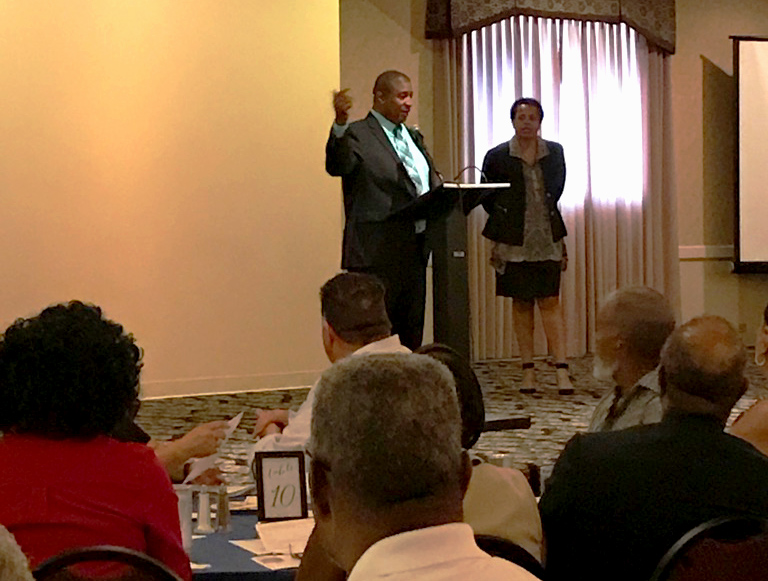 Additionally, the new Price Rite was one of the major projects mentioned as a Dixie success.

He thanked those who have helped the organization and the success it’s had over the years, including the staff.

“I love my staff,” he said.  “They are committed … They continue to do this work because they believe in this work.”

During the ceremony, Dixie also emphasized the importance of education and listening to the new generation. The leadership and guidance from other schools is what will help the youth in the future.

“Take and teach our kids about the culture life because there is a great career path in those areas,” he said. “We have to get off of calculations – ‘Winners and losers’. Everyone is a winner.”

Pastor Kenneth Smith, with the New Direction Christian Center, was one of the few speakers who had the opportunity to talk on behalf of Jubilee Homes. He recognized those supporting the organization and the importance that donations have.

“And I know many of you played a part as partners, business partners, banks, nonprofits,” he said.  “All of the things that you do are so important and vitally important to Jubilee Homes and its success for these 30 years.”

“But what also plays a part is the donations that you make, tax deductible donations that I might add that are so vitally important to everything that they do and everything that they stand for. Of course no gift is too small and no gift is too big … Think about what you want to give because you’re giving back to yourselves. This is our community.”

Pastor Smith ended his speech in a group prayer. The prayer touched on the impact of Jubilee Homes and the success for the years to come. He thanked God for the gifts and talents of every person.

“Bless us to continue to build the community and the people,” he said. “One home and one job at a time.”

— Article and photos by Sarah Perkes, The Stand intern