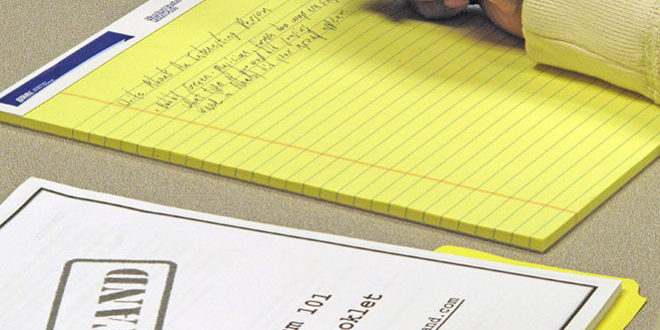 The Stand is bolstering its team of community correspondents to better serve the South Side Reggie Seigler wants to grow the local music scene, especially for Black musicians.

Both have found an outlet for their passions in The Stand, the only news outlet that exclusively covers Syracuse’s South Side with a mission to fully represent the community and provide it with news and information. Seigler’s and Perry’s contributions are key to making The Stand a true community newspaper.

The Stand needs more people like them. In other words, we need you!

Seigler, who also serves as a Stand board member, writes a regular column on local music, The Friendly Five.

“I wanted to help musicians in the neighborhood get mainstream exposure — that was the idea behind the column,” said Seigler, a musician himself who is the president of Syracuse Joined Artists, Musicians & Singers Inc., also known as JAMS, a nonprofit that supports local creatives.

“Media exposure is directly related to how often the phone rings, who’s on the other end when those calls come through, and how your value is perceived by them,” Seigler added. “Venues know that you need media exposure to bring in a crowd. I saw that few media outlets were covering our musicians. I wanted that to change.”

Perry is a photographer who got started with the news outlet after participating in The Stand’s annual Photo Walk. She then began to get assignments from The Stand’s Editor Ashley Kang.

“The Photo Walk, and some of the other assignments I have had such as working on the Fatherhood Q&A, have been really special for me,” Perry said. “I love capturing those memorable moments, and then seeing them in print has been awesome.”

Kang, who has been at The Stand’s helm for more than a decade, says contributions from community and city residents like Seigler and Perry are critical to The Stand and to the South Side as we work together to highlight the people, places and institutions that have fought for this community and are the key to its future success.

“We’re striving,” Kang said, “to fulfill our goal of making The Stand a news outlet of, by and for the people of the South Side.”

So what happens after you contact us to express an interest in writing or photographing for The Stand?

First, we’ll explore your interests and how you want to contribute. There are several ways. Perhaps the easiest is to get an assignment to cover an event in the community or to work on an ongoing Stand feature such as our regular question-and-answer session with South Side fathers. We’ll walk you through the process before you head to your assignment, and then work with you on the copy afterward.

You could also sign up for a special project that The Stand is collaborating on, which focuses on drug law reform and marijuana legalization. We’re interested in how the criminalization of marijuana has affected communities like the South Side, and what decriminalization, and perhaps legalization, mean for this community and its residents. If this interests you, let us know and we’ll work directly with you to tell these important stories, which will be published in The Stand and as part of a special project website being developed by the Newhouse School.

Finally, you can pitch us your own ideas! If you have an idea for a story, a column, a photo project or other content that focuses on the South Side, we want to hear about it!