The people who run Concerned Citizens Action Program like to say they keep an open door policy, meaning anyone looking for job training or better communication skills can walk in and apply for one of its programs.

“As we all know, there isn’t a whole lot of jobs out there right now,” said Pam Clark, the organization’s office manager. “And this program gives them the opportunity to get involved and learn skills that perhaps they may not be able to get on their own.”

Marissa Saunders, 43, director of operations, said the group applies for numerous grants to receive funding. But since everyone is a volunteer, the program presses on regardless of winning a grant or not, she said. 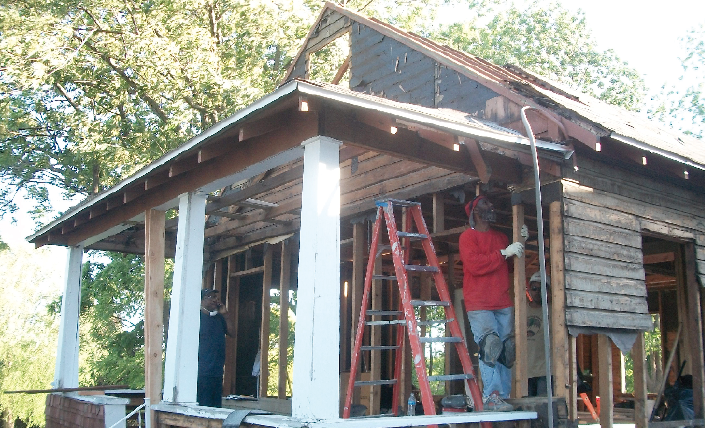 One program that involves hands-on training is the Green Collar Program, run by Helping Hands. It provides training for individuals who want to work in any type of construction site in the future and in “deconstruction,” which has become widely associated with the green movement.

The organization’s volunteers have deconstructed one residential home in Jamesville and a commercial site on West Fayette Street. The volunteers collaborate with another organization to get free Occupational Safety and Health Administration training before working on a construction site.

Neil Adams, 29, a volunteer at the organization since May, is one of the few volunteers who has taken every learning skill and opportunity offered. “Working in construction has been my dream and you have people like Marissa who are really here to help you, from getting my first resume started to being a role model that I can look up to,” Adams said. 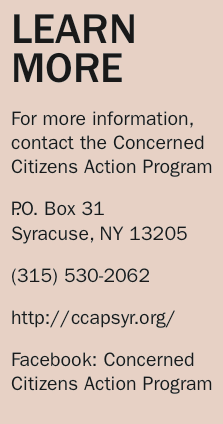 Volunteers at the organization range from 18 to 50 years old. The construction crew currently consists of 18 men and one woman. “It’s important for people to understand this isn’t just for men; it’s for women, too, who might be interested in any program we have,” Saunders said.

Volunteers are asked to purchase a hard hat, gloves and steel-toe boots for construction training. The organization provides some tools at the job site, but asks those who have extras to bring them to share with anyone who cannot afford to buy tools.

When volunteers arrive at the organization’s office and express interest in construction training, they get a rundown of the program before they even fill out an application, Clark said. Clark emphasizes to the walk-ins that it’s a volunteer program, so there is no guarantee there will be a job at the end, she said. She then asks basic information about education, skills and criminal history.

The next step is an interview with Saunders, where she said she tries to gauge what people’s objectives are in volunteering.

Then, the eight-week training classes begin. Classes run from 6 to 7:30 p.m. every Tuesday. The first two weeks focus on leadership training, where Saunders said she teaches about interviewing skills, appearance and first impressions, among other subjects.

Adams heard about the organization when he was in family court and asked the judge to help him find a job because he really wanted to work to support his daughter and himself.

Volunteers’ past experiences vary, Saunders said. “Neil is a calmer version of the individuals who come in. He has never been to jail, never been in trouble with the law. Now multiply his story to a degree of adding being incarcerated, a seventh-grade education, more than three or four kids, and these are the type of men and women we help,” she said. 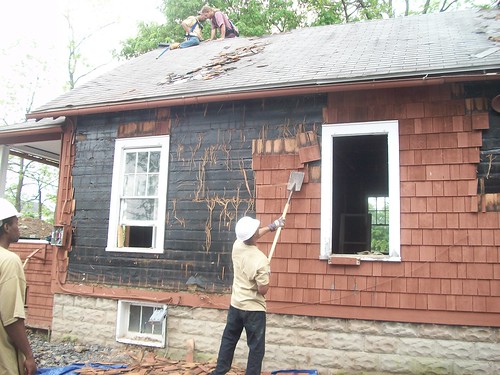 Volunteers take down each part of the house one-by-one in order to make each piece of the home re-usable in other projects. -- Photo provided by CCAP

The organization helps any person who walks through the door, with a mission to guide the volunteers and give them the opportunity to shape their lives in a positive way. “They hold us to higher standards in terms of being in a professional environment,” Adams said, “and most of us aren’t used to that type of standard coming off the streets.”

Saunders was part of the Syracuse University Intern Fair on Sept. 21. She and Adams spoke about the organization to students interested in marketing, research and data collection.

Saunders said she was proud to see Adams take over toward the end of the Intern Fair. “I was able to sit back and watch him talk about our organization and what we did, and it was a proud moment for me because he listened and watched and was a professional,” she said.

Adams agreed the program has changed him. “From the way I dress to how I speak and approach people I don’t even know,” he said. “I would not have been able to sit here and give an interview before but because of the communication skills I have learned here, I am able to not only give an interview but also be well prepared when I am standing in front of a possible employer.”