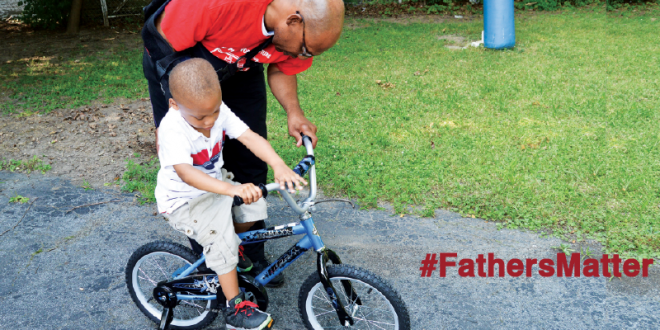 The role fatherhood plays in one South Sider’s life

Keith Muhammad, a community correspondent for The Stand, sat down with his wife, Brenda, also a correspondent, to answer her questions about fatherhood. Muhammad is a captain with the Syracuse Fire Department in the Fire Prevention Bureau, a Fire and Life Safety Educator, an American Red Cross Community Disaster Educator and an American Heart Association CPR instructor. More importantly, Muhammad is a son, father and grandfather.

There are terms that we throw out in everyday conversations that we never really discuss or define. For example, a young boy may be told that when he grows up he is going to be a man. But what does that really mean? If you ask different people, you’ll get different answers. 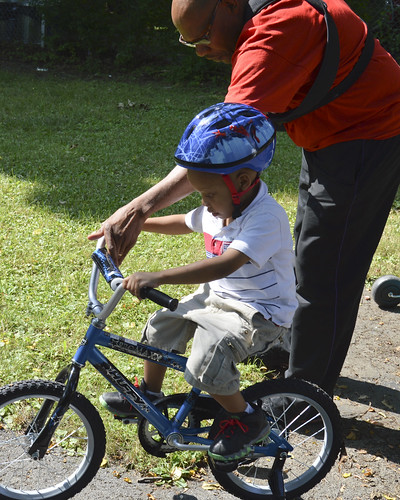 Keith Muhammad gives his grandson, Kyren, a helping hand as he learns how to ride a bicycle in the backyard of his house. | Brenda Muhammad, Staff Photo

Generally nobody explains to the boy what actually makes him a man. So he is left on his own to figure things out or he may confer with his equally uninformed friends to define the concept of being a man or father, which can be a recipe for trouble.

In an intimate conversation, we explored qualities and characteristics of what it means to be a man or a father. The experience provided an opportunity to share family history and strengthen the relationship. It is our hope that our intimate reflections will inspire other families to have an intentional dialogue about manhood and fatherhood.

What comes to mind when you hear the word father?
I think of the word further or furthering, which is synonymous to advancing. By this, I mean a father promotes or advances his child towards becoming a man or a woman. He is someone that cares for you, provides for you, loves you and teaches you. He is a teacher, caretaker, disciplinarian and protector. He maintains his children, emotionally, intellectually, physically and spiritually. These are the words that come to mind when I think of father.

What sort of things did you do with your father?
My father, Laymon Herring, was a publisher of two local newspapers: The Syracuse Banner and The Syracuse Crusader Newspapers. He didn’t play sports, so he never showed me how to throw a ball, make a basket or run a sprint. He was an avid reader and writer. He told me he loved to read because he could take a trip anywhere around the world, through a book. He encouraged me to read, and we had discussions on the books he was reading. He loved to write, and he often asked me to proofread what he wrote. I think this was his way of getting me involved in the art of writing. My father was also a community advocate. Every year, we would host The Old Syracusan Picnic at Thornden Park, and about 1,000 people would come out for a day of food, fun and entertainment. He made sure that all of my brothers and sisters helped with the paper and the picnic. Today, I am a life-long learner, a writer and a community advocate, and it is because of the example of my father. 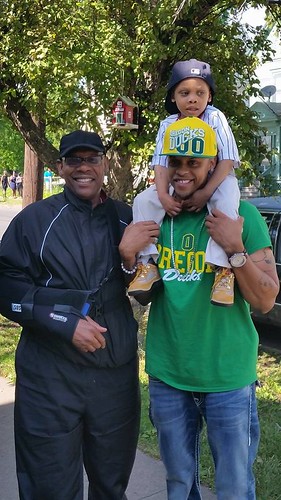 Did you dream about being a father?
I thought about it and the things that I might do. Some of it was based on what I did with my father; another part was based on what I saw other fathers do or what I saw on TV. For some men, if you are into sports, you envision playing baseball, basketball or football. I thought more about having a son than a daughter. I thought about playing ball and going to the park with him, reading and just spending time with him.

What makes you proud as a father?
I was proud when my son, Karesaun, was born. Karesaun has continued to make me proud as he reaches different milestones in life, like his graduation from high school, becoming a father and purchasing a home. He works hard and is trying to improve himself. He is going to school to finish his degree. He’s a good father and is there for his son, Kyren. Karesaun loves Kyren, and Kyren knows he is loved. I see Kyren’s face light up when he is with his father. I get joy when I watch them, and I can see myself or my father in them.

What sort of talks do you have with your son about being a man or a father?
We talk about the proper way of treating women, providing for his family and earning an honest living. I’ve taught him that he should treat all women with respect; treat them like he treats his mother. We talked about purchasing his own home so that he doesn’t have to deal with a landlord knocking on the door demanding his rent and threatening to put him and his family out. He knows that his role as a father is to provide a home and meals for his family and to maintain a job. I told him that if he should find himself in a job that he doesn’t like, it is his responsibility to continue working until something better comes along or until he makes a job for himself.

What is your fatherhood legacy?
My father gave to me a legacy of service to my family, my community and to my people. I think my legacy was being involved in the local organizing committee for the Million Man March and being a follower of the Hon. Minister Louis Farrakhan who convened The March. I was proud to be there to have witnessed it. That was the proudest moment of my life and I felt that if I had died that day after seeing that, it I would have been all right. Because I knew that a change was occurring at that time, and one day, our neighborhoods would be as we hoped them to be. Where people can live, not in fear, but live in peace and in harmony. That was about manhood. Now that was about fatherhood. Period. That was about showing our children that no matter what happens, we are going to stand up and are willing to die to make it better for them. We are now coming up on the 20th anniversary of the Million Man March, and I look forward to taking my son, and my grandson on this trip. My son taking his son to The March; I want that to be part of my legacy. 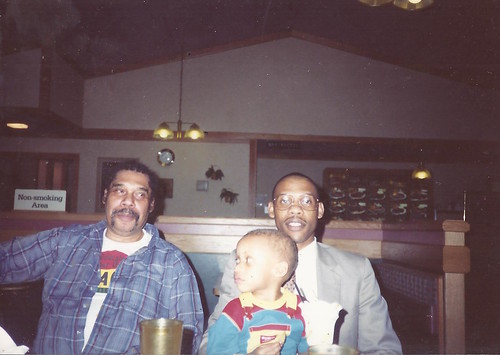