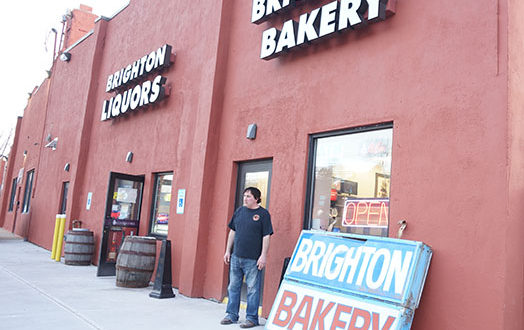 Owner Mark Stefanski stands outside Brighton Bakery next to Brighton Liquors located at 466 E. Brighton Ave., about a mile down the road from his previous property.

For the past 90 years, Brighton Bakery has been a Syracuse staple, with its baked goods and proximity to local businesses. After nearly a century of the bakery operating out of the same location — 335 E. Brighton Ave. — the shop recently moved about a mile up the street to 466 E. Brighton Ave. The move took nearly a year to complete.

The bakery dates back to 1928 and was opened on the North Side by owner Mark Stefanski’s grandfather. The bakery has seen steady business, except for a brief period in the 1980s, before Stefanski took ownership. 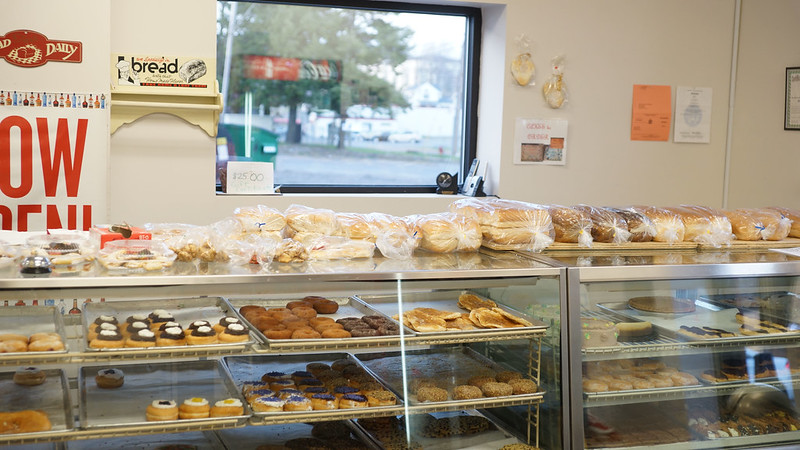 Stefanski added an adjacent liquor store some years after purchasing the property. He attributes the legal ramifications of owning a liquor store as one reason the bakery relocation took as long as it did.

“Really the most logistically difficult part of this whole process was transferring the liquor license to our new location,” Stefanski said. “The new building that our stores were going to run out of wasn’t ready yet, and that led to the liquor store being closed for about 10 months. So that is a reason the move took much longer than we had expected.”

“This is the neighborhood’s bakery,” Cuyler said. “We have customers that came here years ago while growing up with their parents or grandparents or even some who have worked here before. Aside from the location move, there hasn’t been much that has changed within the bakery.”

Fittingly, the new location offers more space for Brighton Discount Liquor than for the bakery, in keeping with efforts to expand the store’s variety, Stefanski said.

In the early 1990s, Stefanski had converted the garage of Brighton Bakery to a liquor store once the bakery had begun to cut back on delivery services; for years, it had delivered breads and other goods to local businesses.

Today, the bakery still delivers bread to some, like Varsity Pizza, but has cut back its delivery service significantly. 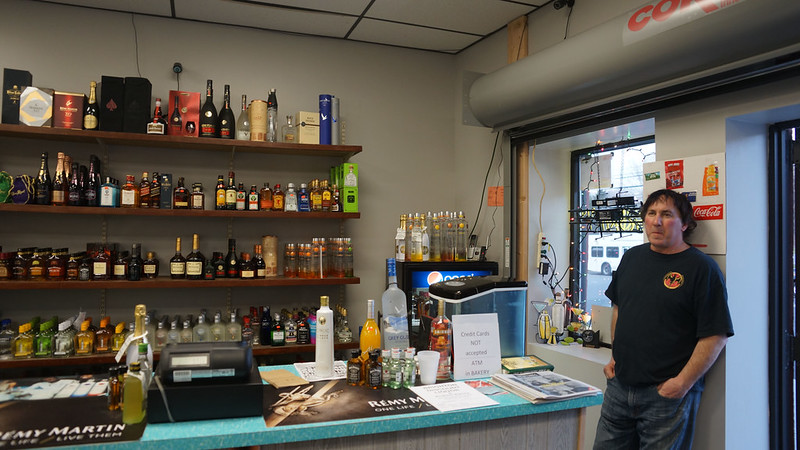 Owner Mark Stefanski inside the new Brighton Liquors, which is larger than his previous liquor store location.

“After we stopped most of our deliveries, I had to think of a way to start making up for the profit we weren’t making anymore,” Stefanski said. “That’s when I decided to turn the garage into a liquor store.”

Stefanski and Cuyler run the shops and are there pretty much every day. Stefanski has earned somewhat of a reputation on the South Side, serving as a major reason he didn’t want to move the bakery too far away from the community he has called home his entire life.

“I lived next door to the bakery until I was 6 years old,” he said. “I didn’t want to move away from my neighborhood and a place where people know me.”

Cuyler compared Stefanski’s role to that of the neighborhood barber, while loyal customer and South Side resident Carol Bryant described him as a known and respected figure within the South Side community.

Stefanski sold the former location of the bakery to allow for a student housing project to be built. As a former student of Syracuse University, Stefanski had always maintained a strong relationship with students who would visit the bakery on a regular basis.

For those students who know Stefanski, however, the move is simply just “a slightly further drive,” as SU senior and Manlius resident Cain Goode put it. Goode had been going to Brighton Bakery since he was in high school.

Stefanski splits his time at the store between baking pastries and selling liquor, and the two go well together because demand for the items shifts. The bakery is usually busier in the earlier hours of the day, while the liquor store starts to attract customers toward the evening.