I-81 Public Meeting Leaves Many with Questions

Next public meeting set for Nov. 13 at OnCenter

The future of Interstate 81 is uncertain, and according to the project director, Deb Nelson, no decisions have been made.

Nelson made it clear that this is just the beginning of a long process to come during a community meeting on the future of the I-81 Viaduct held Wednesday, Sept. 25, at Toomey Abbott Towers.

“The purpose of this meeting is to start the dialogue,” Nelson said. “This is not the end; this is the beginning.” 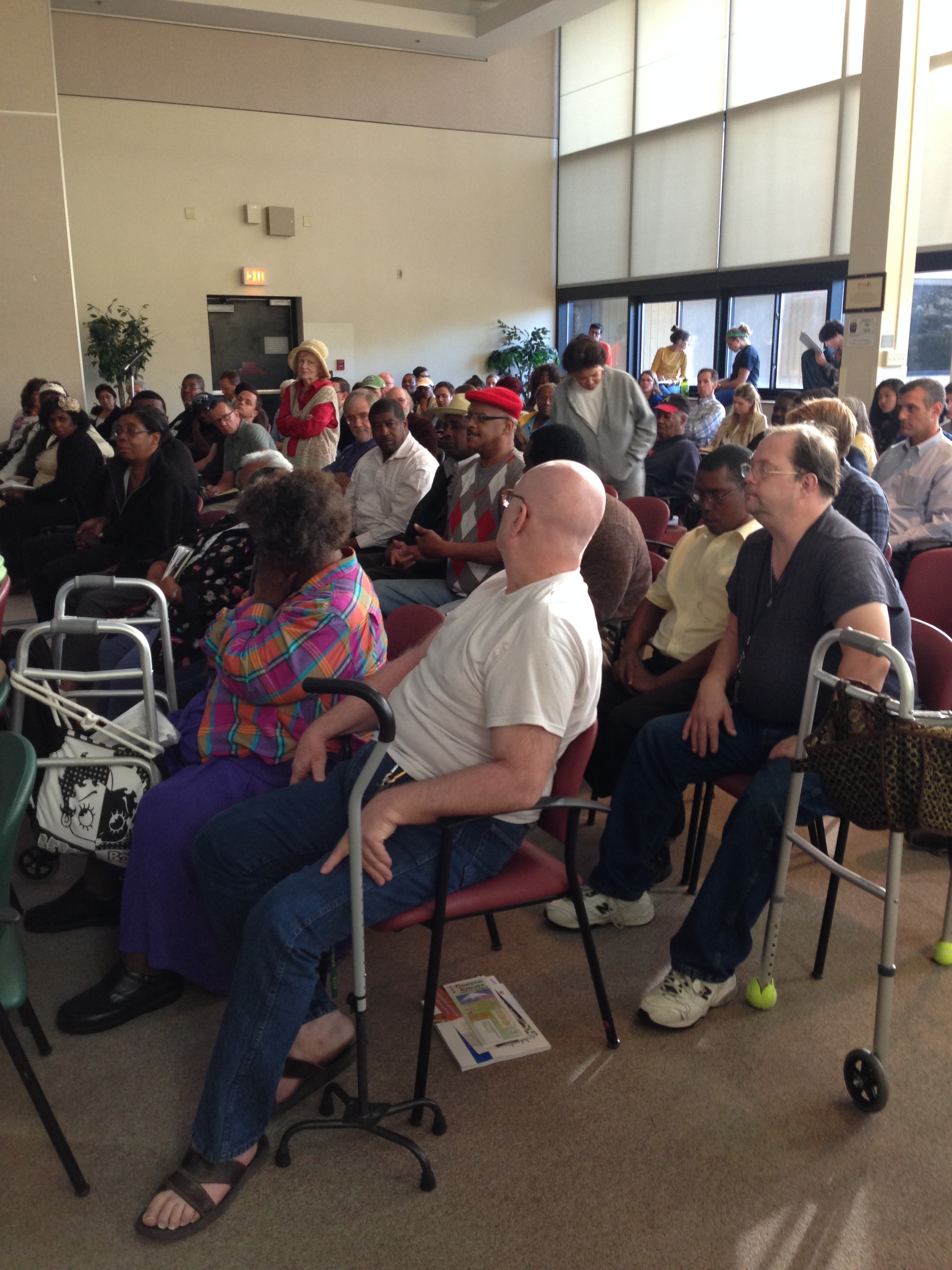 More than 100 people attended the public I-81 Viaduct Meeting at the Toomey Abbott Towers on Sept. 25.

She also emphasized how important community involvement was in order for the project to be successful. The goals of the project include improving safety and providing transportation solutions.

The interstate was finalized in 1968, and the viaduct portion spans 3.5 miles, crossing 18 streets. With its tight curves and narrow shoulders, it is prone to accidents and will reach the end of its life by 2017.

The meeting, which was open to the public, raised a lot of questions and concerns from members of the surrounding communities. The floor was open for all to voice their opinions to the various community members and city officials that were in attendance. Some of those officials included Syracuse Common Councilor Khalid Bey, Common Councilor at Large Helen Hudson, and several others.

Concerns were raised about preserving the community. South Side resident Patti Monday attended because she is fearful of her future and wanted her opinions heard.

“I’ve been poor for a long time, and I’m tired of living this way. What I care about is getting thrown out of my house. We want to be heard. We’re tired of being pushed around,” Monday said.

A majority in attendance were residents of The Toomey Abbott Towers, which holds 310 apartments. This building is located parallel to the I-81 viaduct. Many residents questioned what would become of the building once construction starts.

Syracuse native Walter Dixie spoke out during the meeting and emphasized that members of this community should not be marginalized.

“I just think that the theme here today is that we’re not in support of gentrification, displacing anyone at Toomey Abbott or Pioneer Homes,” Dixie said. “Whatever they do, they have to preserve this community.”

Members of the community such as Arleen Fordock seem to feel like they are not being provided with all the information they need.

“They’re keeping the low income people from knowing what they should be knowing,” Fordock said. “They don’t even know about the council meetings for the city council, and they have rights to go there.”

Lack of information and preserving the community seem to be the largest concerns, while others, such as Susie Scalise, are also worried about the environmental impact construction will have on surrounding areas.

The next step in the process of the I-81 project is scoping. On Nov. 13 there will be a public scoping meeting held at the On-Center located in downtown Syracuse. This will give community members a chance to share their opinions and concerns as part of an official record. All official records must be looked at and answered by officials.

If you cannot make it to this event, you may email your comments to: I81opportunities@dot.ny.gov.