In the back of a local youth center on the South Side of Syracuse, a 20-year-old woman is making a positive impact on the lives of girls hoping to entertain the crowd at their next public event.

While talking with Sadiyqah Nixon, head coach of the step team dubbed “Mary Nelson’s Ladies” (M.N.L ), she gives details of her past, present and hopes for the future through her rhythmic, giggling, energetic bunch.

“I was on a step team as a young teen,” she recalled. “The experience was fun and challenging.”

She had been volunteering at Mary Nelson’s Youth Center serving meals and saw that a lot of the girls were bored.

“Being a young lady myself, I know how we like to get together and improvise on things — whether it’s clothing, cooking or singing and dancing,” she said. “So after asking some of the girls what they thought about starting a step team for the center, we moved forward with it. It’s been a big success so far.” 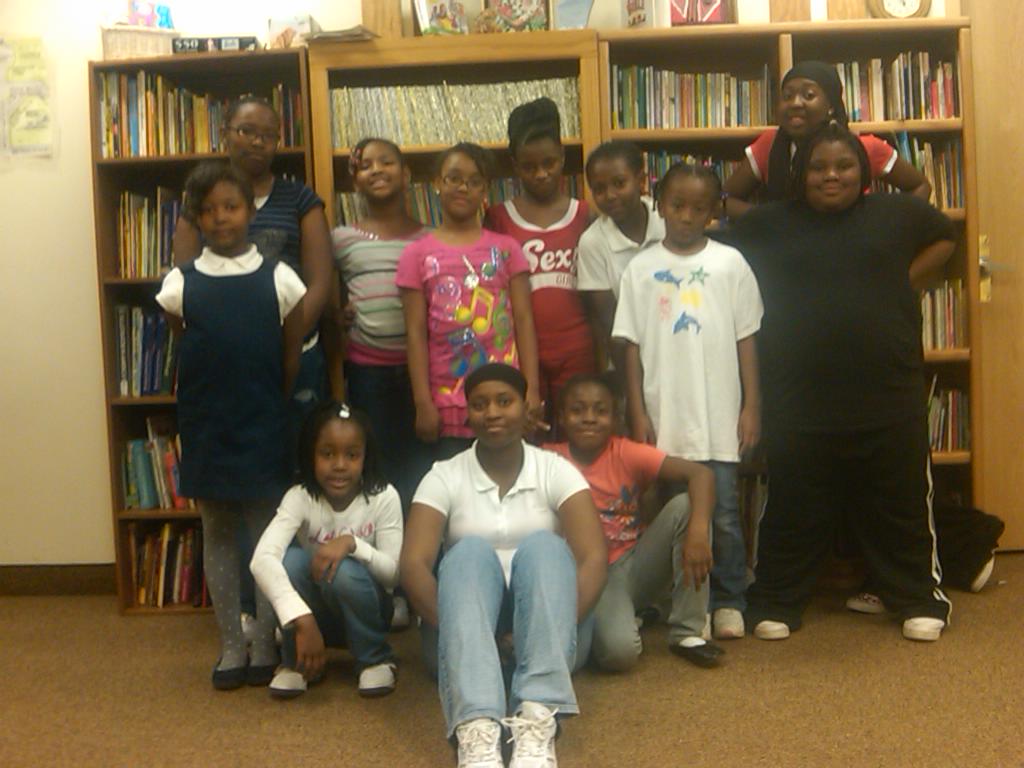 To ensure efficiency of the practice sessions (and possible duplication from competitors), on-lookers are courteously asked to turn their attention elsewhere. Few have any qualms about it and respectfully amuse themselves with the various activities throughout the building (i.e. movies, puzzles, books, etc.) The team continues to stomp and clap in perfect synchronization with a rhythm matched only by a collegiate marching band. As the presiding team captains — Niresha, 11, and Juwyria, 10 — yell out various stylish phrases that signal the next step, the girls stand like mini-soldiers: hands behind their backs, feet together and chins up.

“Right now we have 12 girls on the team, but it’s always growing,” Nixon said. “Like any other team, we conduct tryouts. Reluctantly some of the girls get cut if their attention level and execution don’t mesh to make a stellar performance.”

The age limits are 8 to 16 and there’s no hierarchy based on age. A younger member has just as much opportunity to become Team Captain as the older members.

When asked how she feels to see them getting better with each practice, Nixon’s face lights up with pride.

“Honestly, some of these girls have natural talent and rhythm. After two or three tries, they have the steps down pat,” she said. “It’s just a matter of adding on new steps to expand the routine. We go through rigorous but fun practice twice a week – from 6 to 7 p.m. Tuesdays and Thursdays. With that type of set up and the spacing of our shows, by the time we do have our shows everybody’s pretty much at their best … it’s really impressive. With each successive show I simply collaborate with the girls to add on more complex routines. It’s a good feeling to go from 3- to 5- to 7-minute routines and have the girls just as excited and the crowd going crazy when we surprise them with our steps!”

Based on the enthusiasm from everyone involved, it seems like M.N.L are just getting started and have plans to plant their feet more firmly within the community. Concerning the future of Mary Nelson’s Ladies, Nixon paints an inspiring picture for the program.

“We’d love to have the opportunity to showcase South Side talent across the state, We’ve had three city-wide shows so far and more on the way.”

The next tentative show is at the Mary Nelson second annual Youth Day Fair/Reaching for the Stars event to be held from 1 to 6 p.m. Saturday, Nov. 14, at the OnCenter, 800 S. State St.

“Our goal is to be the best we can be and grow. Hopefully it’ll become permanent so that future generations can join, making it a part of the community’s annual events,” Nixon said. “Who knows, maybe we’ve started something that’ll last for the next 10 to 20 years and parents will look forward to bringing their girls in to join. That would be great.”

— Story and photos by Ame Donkor, community report for The Stand