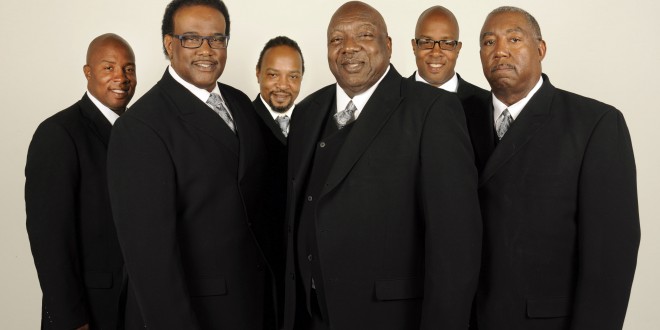 Over the past 50 years, music has gone through a number of innovations in the way it is written, recorded, distributed and heard. It has held up through a time when musicians would all gather together to record in a single room to a time where virtual recording sessions can happen simultaneously, with each musician being in different parts of the world.

Now, you can get music anytime, anywhere. In fact, since they’ve invented a way to pack a concert sound system into the trunk of a car, you can even hear music at 2 a.m. when a neighbor comes home and decides he wants to hear “auto-tuned sonic boom” at 135 decibels, with some “yeeah boyees” thrown in for good measure.

As the methods of record producing and distribution have changed, the music also has changed. Music Jazzed its way through the Rock of The British Invasion and Rolled away holding on to its Soul. Eventually it managed to Hip-Hop its way back to the Dirty South. Through it all, though,

Charles Cannon can attest to that. He has held onto his Southern gospel roots for 50 years or more, founding The Bells of Harmony gospel group in 1966. To mark the group’s 50th anniversary, Charles’ family, friends and fans have decided to throw him a black tie celebration.

“I have enjoyed performing with the Bells for over 30 years off and on,” said Glen McArthur, who plays guitar and sings backup. “We have traveled to Akron, Ohio, Dorchester and Boston, and cities in Florida.”

For more than 40 years, Howard Wright has been a part of the group as well. “My role has been mostly as a bass player and singing tenor, but I’ve written and produced a lot of the group’s music,” he said.

“Charles is the founder and leader of the group,” Howard said. “He does all the group’s business like the booking and the promotion and keeping things going.”

Howard added, “We were recently inducted into the SAMMY’s Hall of Fame. They gave us the award on Thursday, March 3, at the Dinosaur Bar-B-Que. We sang a short a cappella when we accepted it. They invited us out the next night to the Palace Theatre, where they presented the award to us in front of a bigger audience.”

Charles is committed to what he does. His commitment has earned him a great deal of respect within the Syracuse area and its music community.

Charles left Randolph, Georgia, for Syracuse as a young man in 1964. Upon his arrival, he landed a job at General Motors, and after settling in there for a while, started The Bells of Harmony. He was also raising a family and hosting his radio show, the Charles Cannon Gospel Hour, on AM 1540. He first began the radio show with his cousin, Otis Starling (now deceased), and it has been on air for more than 35 years. He also spent 30 years at General Motors.

Charles’ family, friends and fans have decided to throw him a 50th anniversary black tie Affair. It will be held April 30 at the DoubleTree hotel on Carrier Circle. The event will feature performances by the local gospel group Foundation, the Gospel Legends out of Columbia, South Carolina, and, of course, the Bells of Harmony.

Charles has informed me that this is also his official retirement party. He is about to turn 70 and wants to spend more time at home and enjoy his health. He said he has a couple of more commitments. That seems to be his way. But after that, he is going to relax.

Now after 50 years, I’m sure he might want to say in a very, very loud voice: “Yeeah Boyee!” 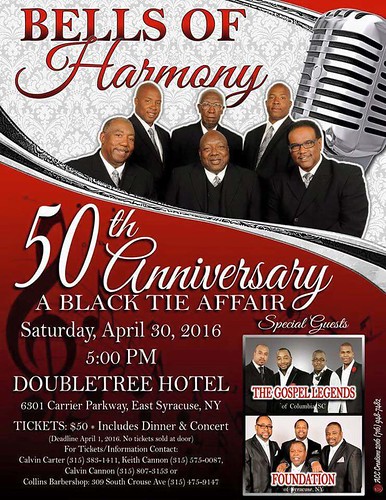 Have A Friendly Five suggestion? Contact Reggie at
reggie@softspokenband.com or (315) 479-9620