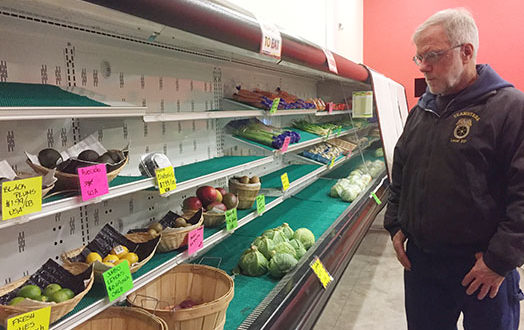 Howie Hawkins, secretary and treasurer for the Eat to Live Food Cooperative, announced this week the store will reduce hours due to finances.

Help for South Side Food Co-Op

Co-op board seeks member input to help with financial struggles

Due to financial constraints, the Eat to Live Food Cooperative has reduced its weekly operation to 18 hours. Originally, the grocery store was open 74 hours each week.

The new hours are: Noon to 6 p.m. Wednesday through Saturday.

The co-op’s funding concerns may come as little surprise to community members who have seen the grocery store open and close once before. Within less than three months of the co-op’s grand opening in October 2013, Eat to Live closed for restructuring and did not open again until April 2016.

The organization’s secretary and treasurer, Howie Hawkins, explained that this time the board of directors are working to be more proactive.

“Before we run out of money, we have to regroup and figure out a new plan,” he said. “We can see where we’re heading, so we want to head that off. We have some money to work with, and some time for experimentation.”

The Eat to Live co-op operates in a food desert, said Hawkins, which the United States Department of Agriculture defines as a place “vapid of fresh fruit, vegetables and other healthful whole foods, usually found in impoverished areas.” An additional indicator is the distance to accessibility of healthy food or by the number of stores in an area.

For local shoppers, the fresh produce is the store’s biggest draw. These items make up one third of the cooperative’s sales, Hawkins added.

But just over a mile away is a Tops Friendly Market at 4141 S. Salina St., which has been open since 2012. More recently a new PriceRite Supermarket opened in April 2017 less than two miles away from the co-op at 611 South Ave. Prior to 2012, South Side shoppers would have to travel to places like Nojaim’s on the West Side — which closed in November — grocery stores outside of the city or rely on corner stores.

The idea behind Eat to Live and many other food co-ops is to foster a sense of community through collective ownership, to drive local economic growth and to promote health-conscious eating.

“I like my job; I take pride in it,” said an employee who did not want to be named. “I like to communicate with the community. The employee added that when customers shop at the grocery store, they like coming to a clean and friendly environment within their own neighborhood where a healthy perspective on food is offered.

Despite the store’s regular patronage, as is, the business is unsustainable. Upon re-opening last year, the business was projected to generate profit (which the organization would distribute back to its members) within three years. But now, a year and a half since the store opened its doors for a second time, the business could run out of funds within six months if its current rate of sales continues.

“From staff and management to the board and the members, there are all ways we could have done better,” Hawkins said. “All I can say is the food business is really tough. Green Planet Grocery in Cicero just closed. Nojaim’s just closed.” 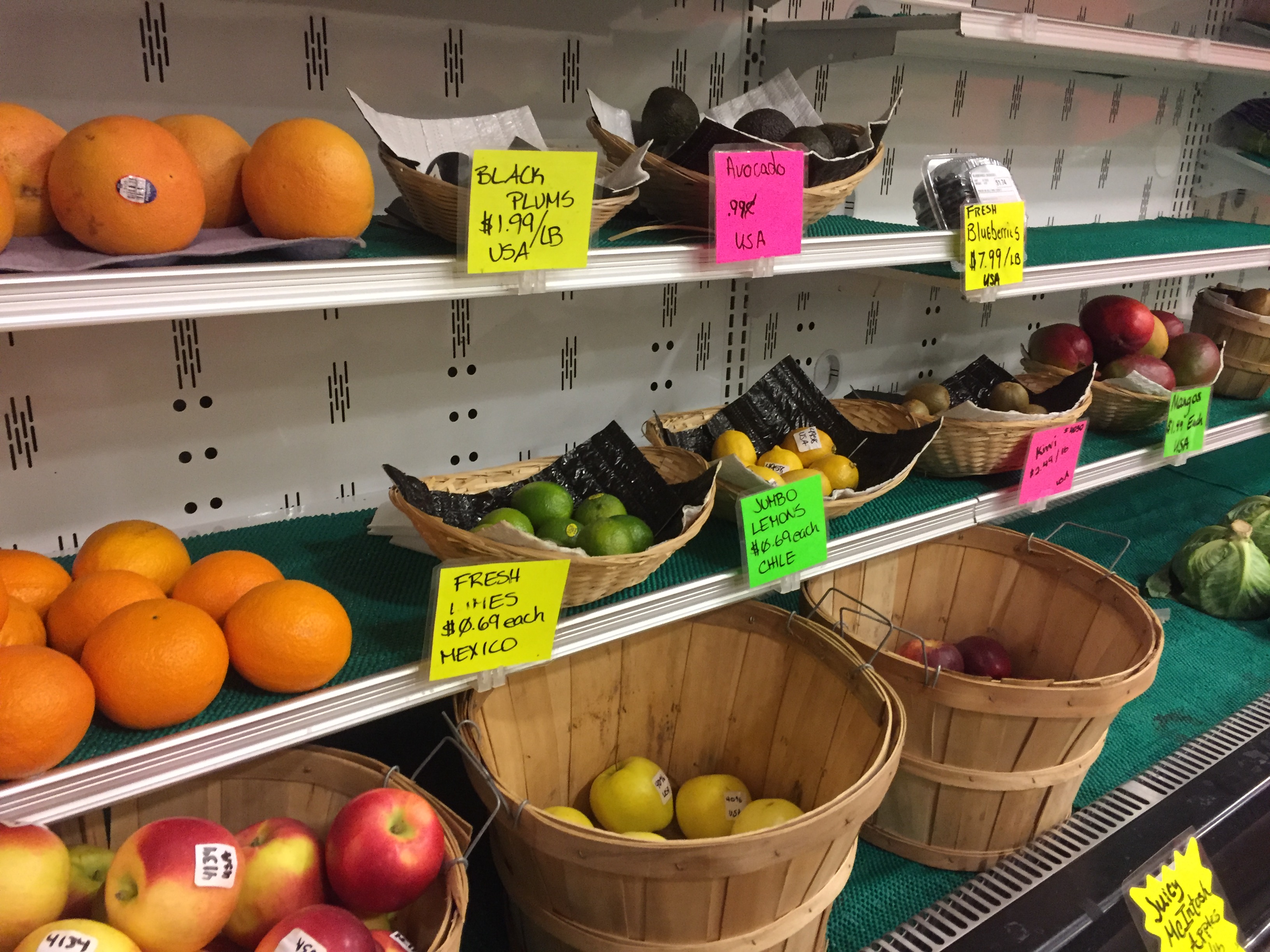 To gather input from the cooperative’s 163 members, the board rescheduled a special meeting for 6 p.m. Tuesday, Dec. 19. All members are encouraged to come to the store, located at 2323 S. Salina St., to generate ideas that could keep the business from going under.

Already, Eat to Live’s board of directors has cut store hours and will soon reduce staff as well as product selection. More drastic changes will be determined by the non-profit’s membership. As a democratic consumer-owned cooperative, each store member gets one vote on policy changes.

At the meeting, the board of directors will bring forward a few recommendations for cutting costs, said Hawkins. Options include reverting to a cooperative food buyer club, which allows customers to pre-order their groceries and pick them up at the store once they’re delivered. The board also proposes renting out space in the building for community use or welcoming another business, like a coffee shop, to operate out of the food co-op simultaneously.

How the cooperative will proceed from here is up to its members.

“The mission for this meeting is to find a way of operating that we can afford, that the members benefit from and that we can sustain,” Hawkins said. “Or at least, we will find out what people are willing to try.”

— Article and photos by Lindsey McClafferty, The Stand Staff reporter

* Article updated with a notice of the rescheduled meeting to Tuesday, Dec. 19, because of the Winter Storm warning for Wednesday, Dec. 13.