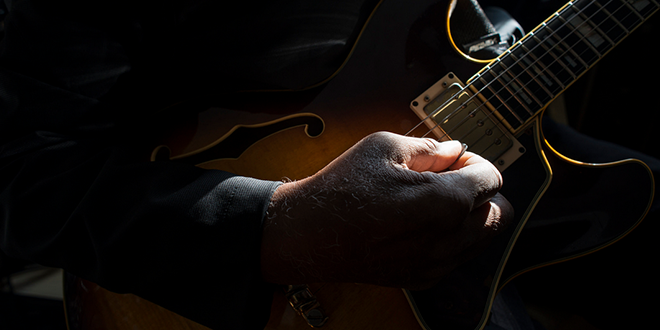 I was hanging out with my two grandsons, ages 10 and 12, a couple of weeks ago when I ran into DeBorah Little. She was at the South Side Innovation Center preparing to participate in a planning meeting for her family reunion.

Wanting to show my grandsons that I knew someone who was close to someone famous, I introduced them to her and told them about her husband. I was trying to lean on her influence to gain some cool points with my sports-engrossed grandsons. You see, her husband happens to be Floyd Little. You know, one of Syracuse University sports’ famous No. 44s, like Jim Brown, Ernie Davis, Derrick Coleman and Barack Obama. Well, maybe the last guy wasn’t quite an SU sports No. 44, but he does like basketball, and he is the 44th president of the United States. So I just threw him in. 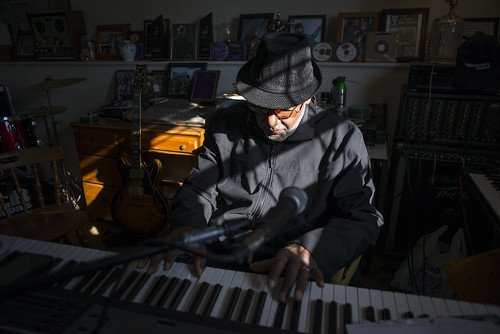 Her cheerful response: “Don’t tell them about my husband. Tell them about my dad.” She didn’t know I was already planning to tell everyone about her dad in my column. The plan was already in place to tell his story for Black History Month. I didn’t want to let it out then, but I hope she reads this.

DeBorah’s dad is Robert “Bobby” Green. Bobby is a phenomenal talent and a local guitar legend. He was born in Syracuse in 1936. This was before the second Great Migration of African Americans coming from the south and moving north for opportunities. It was also a time before the Civil Rights Movement and Thurgood Marshall’s victory in the United States Supreme Court case of “Brown vs. Board of Education,” which laid the foundation for blacks and whites to receive equal education.

It has been documented, according to the accounts of some older local residents who can remember back that far, that the number of black families in Syracuse then was only a handful, and Bobby’s family — the Kearse-Green family — was one of the largest of them. Bobby remembers going to school at Washington Irving.

“There were two classes at the school for the ‘slow’ kids,” he recalled. “I was considered one of the slow kids because I didn’t always catch on to what the teacher was saying as quickly as the other kids. I remember sometimes having to sit in a chair facing the corner wearing a big hat or being sent downstairs to the boiler room to do my work. I would have to do things like write the word ‘who’ 500 times on a piece of paper before I could come back upstairs.”

He also remembered not being able to go home from school when the other kids went home.

“I’d have to wait until everybody was long gone before I could leave,” he said.

Needless to say, school did not work out very well for Bobby. But around 1949 he found something that did. He was actually known as Robbie Green then. Robbie admired the sounds of the singing groups he would hear back then and began to form his own group. 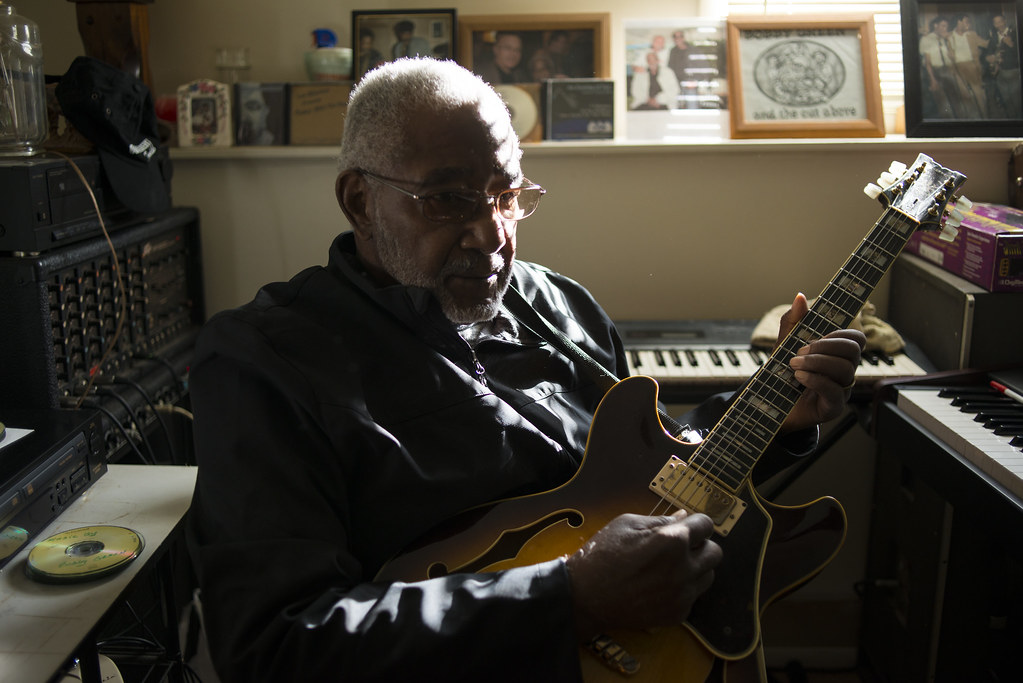 Green still plays gigs in the Syracuse area with his band, Bobby Green & A Cut Above. | Alexandra Hootnick, Staff Photo

Some of his first singing groups were the 5 Points, the 4½ Notes and the Harmonettes, which he dissolved because people said it sounded like a girl’s group.

By 1954-1955, things had started to get a little more serious. He had formed a new group called the Eldaros (pronounced el – DARE – ohs).

The group included his uncle, Furman “Duke” Kearse. Duke played the guitar and would sometimes leave his guitar hanging around. Robbie began to pick it up, and oftentimes learned a note or two from Duke.

Eventually, though, Robbie and Duke had some differences, and Robbie ended up letting Duke go from the group. That didn’t settle well with Duke, so he raged that Robbie would “never amount to anything on the guitar.”

The statement only added fuel to his fire and passion for music, so Robbie kept on playing. 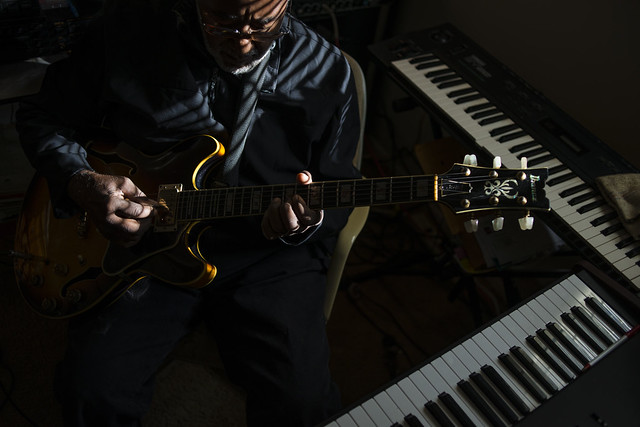 Robbie never had formal lessons, so he learned to play his guitar by ear through trial, error and instincts. And as time went on, he gained attention in Syracuse’s music scene. The scene was much more alive then in places like the Dinkler, the 800 Club, the Satellite Club, the Embassy and the 320 Club. Robbie’s groups were in high demand and played most of those venues.

Robbie has always had a determined and tenacious spirit. He learned to channel some of that into martial arts. He studied Taekwondo from the same instructor as did another local martial arts legend, Greg Tearney. Greg was married to Robbie’s cousin, Judy, and he and Robbie took instructions together. Robbie managed to raise his skills to the level of a brown belt.

Though that training was many, many years ago, he still believes and uses some of the principles of it. He demonstrated for me a deep breathing exercise that helps with focus. He also showed me a technique used to unleash someone’s hold on you if they were to grab you. The move ended with a backhand blow to the face.

In about the mid-1980s or so, Robbie had a job with Bill Scott Oldsmobile. Bill Scott took a personal interest in Robbie. He recognized Robbie’s intelligence in spite of the fact that Robbie could barely read. He encouraged him to go back to school. Robbie tried it for a while but said that he did not get the diploma.

He does know how to read now. Well kind of. From the way he explained it to me, he doesn’t read in the conventional way.

“The way I learned to read was from memory,” he said. “Like if you were to take me to Red Lobster and then I saw the sign there that said Red Lobster, I would remember the way that it looks so that no matter where else I saw it, I would know that it said red lobster. I don’t really know how to spell it, but if you wrote it down wrong I’d know that it wasn’t right.”

“I’ve learned a lot of things that way,” he added.

It sounds a little strange, but if you knew him you definitely wouldn’t believe that he has limited reading skills. You certainly wouldn’t think that as a kid he was forced to sit in the corner wearing a dunce hat. In fact, I believe you would think that he’s exceptional. 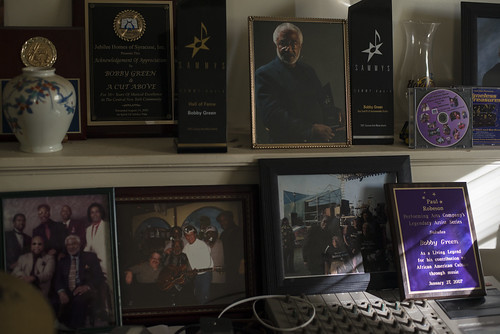 He has supplemented his living by playing the guitar for more than 65 years and has a Syracuse Area Music Award, or SAMMY. He built his home in Cicero and has enjoyed many perks enjoyed by top musicians.

Over the years his name morphed from Robbie to Bobby. It changed when he started playing for “white folks,” he said. “They started asking, ‘Can Bobby come out to play?’” To which his answer would always be “yes.”

Bobby is a widower, now, but was blessed with two loving marriages and more than a dozen children.

Now at 78, he walks with a cane and is slightly bent over, but his wit is very sharp and his virtuosity on guitar hasn’t diminished. He still manages and plays with his band, Bobby Green & A Cut Above.

And he plays every Sunday at Antioch Missionary Baptist Church. He drives himself to all of his gigs and has a girlfriend named Georgiann.

In this age of computers, apps, smartphones, clouds and gigabytes, one might think — given his educational background — that Bobby would be totally lost. But hold on: Bobby hasn’t let the digital age go by without him. He has a Facebook page in which he blogs and uploads his catalog of historical pictures of his life as a musician. He uses the computer and his smartphone, and he can send and receive text messages with the aid of a talk app.

“I still love playing, and I don’t want to lose it,” he said. “I think music keeps me young.”