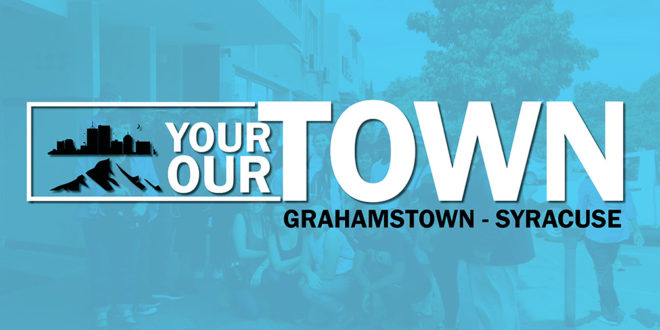 Grahamstown Local on His Journey From Student to Nonprofit Worker

I was born and raised in Grahamstown, South Africa, which is a small town in the Eastern Cape with an approximate population of 70,000 people. The unemployment rate is reported to be around 70 percent. Most people are living in poverty, and there is high inequality. 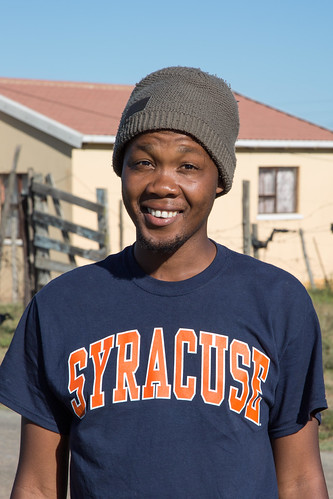 So far, I haven’t moved out of Grahamstown. I started school here in 1994, at Tantyi Lower Primary. It is a township school where we mainly spoke IsiXhosa, and English as our second language. I was then transferred to St Mary’s Primary School in grade three where we spoke only English and Afrikaans. In 2002, I went to Nathaniel Nyaluza High School. I then went to study at Rhodes University and graduated with a bachelor’s degree in commerce and a post-graduate certificate in education (PGCE). Currently, I am the academic and business enterprise coordinator for a nonprofit organization (NPO).

I was raised in a warm and loving family by both my parents. I have three siblings — two sisters and one brother. I am the youngest. My mother was a domestic worker and also sewed clothes for a living. My father worked as a mower at Grahamstown Bowling Club. They received very minimum income, but they tried as much as they could to make sure that we didn’t go to bed on an empty stomach and received the necessary needs. They both passed away — my mother when I was in grade 12 in 2006 and my father when I was doing my second year in 2009.

Grahamstown is a very interesting place to grow up and study because it’s easy to get to most places without the use of transport. Hence, it was easy for us to reach out to community libraries, museums and other institutions whenever we were given assignments at school.

Also, Grahamstown is very fortunate because the Scifest Africa and the National Arts festivals are held here. Our teachers would take us to these events to see science exhibitions and artists performing. So, there were some aspects of education we were exposed to at a very young age. There were other enrichment programmes that were initiated by various institutions that catered to different aspects of education to help improve talents and academic performance of learners.

In my senior year, from 2005 to 2006, in high school, I participated in Gadra/St Andrew’s college enrichment project. Gadra is an education NPO in Grahamstown, and St Andrew’s College is a private school. They collaborated to provide Saturday classes to township learners who obtained an average of 60 percent or higher in English, math and physical science. This helped a lot because we had an opportunity to use the resources we didn’t have in our own schools. For example, instead of observing our chemistry teacher performing science experiments for us in class, we actually performed the experiments ourselves using the St Andrew’s laboratory and tools. Some learners had an opportunity to type at the computer’s keyboard for the first time.

There were various factors in the Grahamstown township that affected our academic performance negatively, and they differ from individual to individual. I was one of those learners who lived in informal settlements, which meant that I grew up in a house with no electricity up until 2009. This was one of the biggest factors that limited my abilities to perform better at school. We would use candles and paraffin lamps to study at night. If they ran out quickly, it would mean that one would have to go to sleep and try to wake up in the early hours of the following day before going to school and catch up with school work. That’s possible only if it’s summer because of an early sunrise. It was close to impossible to study during the day because there were a load of household chores waiting for us immediately after school. However, we managed to develop study methods to find a balance between the two.

Unfortunately, there were other factors that made it very difficult for us because they were out of our control, such as the poor education system. To start with, there were no feeding schemes in those days. Most of the learners from my school were affected by poverty. This meant that we couldn’t afford to carry lunch boxes or lunch money each and every day of the month. We would stay in school for long hours, even afternoon classes on an empty stomach and by then, our concentration levels were close to zero. This didn’t yield positive results for everyone. In my personal view, I think it’s one of the influences that led to people dropping out of school to find work or a quick buck elsewhere.

There were some teachers who really tried their best to ensure we received quality education, but there were very few of them and the system, in some instances, would not go in their favour. For example, when teachers are striking, the union members won’t allow anyone to teach. These strikes may take a very long time, resulting in the greatest harm caused to the young learners. When teachers get back to work, it’s hard to catch up with the syllabus, and the education department doesn’t make significant provisions that will lead to positive outcomes. There are many cases where we wrote final exams without finishing the syllabus, resulting in many learners obtaining results that didn’t reflect their true abilities. This, in turn, had a negative impact on our confidence.

There are other numerous factors such as teacher absenteeism, shortage of textbooks, shortage of furniture in classrooms, etc. However, I think we all have a role to play in order to contribute to children’s education. This includes parents and community to produce a more conducive learning environment for kids at an early age. Some, if not most, learners from my community are not even encouraged to read every day or their parents do not even follow up on their academic progress.

At Inkululeko, we are trying to take part in ensuring that we work together with our community to contribute to township education. We take learners from various schools in the township and invite tutors from Rhodes University and tutors from Syracuse University to assist and support our learners. We provide internet access, books and other programmes that will help improve their marks, enhance their critical thinking skills and lift their confidence.

A Syracuse team that visited us in May 2017 played a very critical role in making our learners open up about their own social-related issues. This team did a course on stress management. The reality here is that usually learners sometimes become reluctant to interact freely with people from different environments, especially if they are from different backgrounds or different races. I think it’s because of confidence issues, where they do not want to be seen as inferior by the other party, partly because of factors such social class and language barriers.

However, the Syracuse team was very warm and enthusiastic about their visit to South Africa, and they were very keen to learn to speak IsiXhosa. So, this meant that both learners and Syracuse have something to learn from one another. This elevated our learners’ esteem. Both parties had so much fun, and the whole project was a success. The project uncovered some of our learners’ talents that I have never seen before.

In December/January, another group of Syracuse students from the S.I. Newhouse School of Public Communications visited South Africa. We selected four of our learners to join them to explore and do interviews with Grahamstown residents. Again, they had so much fun. Inkululeko learners had the opportunity to write articles and use some resources that the Syracuse students brought along. This was, again, an overwhelming experience for them.

Also, the Syracuse team learned a lot about the similarities and differences between Syracuse and Grahamstown.

I am sure they have a different perspective now about Africa than before they came here.

— Contributed by Madoda Mkalipi, guest columnist and who works as an academic and business enterprise coordinator for Inkululeko in South Africa 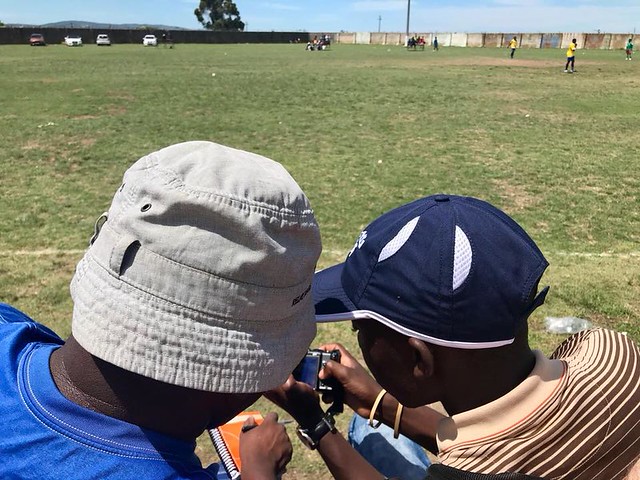 I live in Extension Seven in the Joza location in Grahamstown. I am the last born to my parent. My father has three children and my mother has two children. I was born in Settler’s Hospital. I grew up in Extension Seven, living with my parents and my older sister. Now I am 19 years old.

I used to go to C.M. Vellem primary school until 2008, when I changed schools to Imekhaya primary. Then I went to Indwe Secondary School in Mossel Bay in the Western Cape, where I used more of my time to play soccer in the Academy Clubs.

I came back in 2012 where I went to Ntsika Secondary School (right by my house here). I heard about Inkululeko later that year and decided to join in the next year. The first person to tell me about it was Bongisani Sojeujwa. He used to work there. He introduced me to Mr Kellen. My school work started to improve after joining Inkululeko. Inkululeko helped me out a lot, all the way through my matric year (grade 12) and even after. Inkululeko is still there for me.

Without Inkululeko, I wouldn’t have the experience of being a tour guide. I have been a tour guide to two different groups from Syracuse University. My first group helped me to realise that I could be a great tour guide. It was my first time helping anyone from outside of South Africa see what Grahamstown was like with their people. It was also the first time I ever stood in front of a huge group and taught them our home language, Isixhosa. This made me feel like anything could happen whenever I wanted it to.

My second group of Syracuse students was late this past year, in December through early January. During this time, I saw that I could be a great journalist and some of the Syracuse students even told me so! I had a great time with them.

I should say thank you to Jason Torreano and Inkululeko for the time they have given me.

Jodwana’s deep passion for sport and community has lead him to meet Chris Totobela. Totobela, avid sports reporter for Grocott’s Mail, is now mentoring Jodwana on the ‘ins and outs’ of sports journalism.