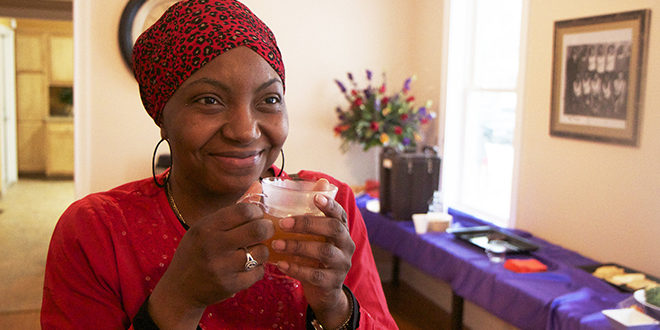 Shante Harris El has served as a board member of The Stand since 2008. | File Photo

Goodbye from longtime board member

Everyone acknowledges the capacity of, say, The Chicago Tribune or USA Today, but likely less recognized and appreciated is the power of the South Side Newspaper Project that produces The Stand, and the thousands of other community newspapers  like it all across the US.

Community newspapers provide an invaluable form of public service by bringing communities together and fostering trust. Amid uncertainty over the direction of our nation, trust has been hard to come by, and the role of community newspapers is more important than ever.

The Stand has earned trust by playing a unique role in connecting the Syracuse University community with the local community of Syracuse for the past 10 plus years.

The Stand is a nonprofit organization whose mission is to inspire community conversation by inviting residents to share their stories. The goal of The Stand is to have a positive impact on the community by introducing youth and residents to journalism while also helping college students gain journalism skills.

Our vision is to be the media anchor for the community we serve.

In 2008, I joined The Stand as a board member, and since then, my co-directors and I have had the responsibility to help The Stand adhere to and advance its mission towards its vision.

I joined The Stand because I believed in its mission and vision. I believed The Stand could and would bring about great good by providing a forum for expression, helping neighbors get to know each other better, keeping the community informed and boosting the local economy.

Over the past 10 years, I have attended editing classes, writing classes, photography classes, tabling events and photo walks all of which is only possible through my connection with The Stand. I am a nurse practitioner by education and profession and The Stand has offered me opportunities to pay it forward by contributing articles that help the community get and stay healthy.  The Stand has allowed me to meet and create with some amazing and talented folks whom of which have produced some powerful bodies of work.

There are so many Stand articles that I hold near and dear to my heart, but if I were forced to name a favorite I would have to say the Lasting Love series because this series highlights married couples whose love have stood the tests of time. I have come to understand love as that which destroys, creates and saves. In love, hate is destroyed; in love, relationships are created, and in love, lives are saved.

The pertinence of printed newspapers has been slowly declining since the 1950s with the invention of television. Today, with the fame of digital media, the demise of newspapers may seem imminent. But despite the deathblow, printed news remains an important part of the media world. Printed newspapers serve as information filters by publishing articles, series, photographs and advertisements in a purposeful and intentional manner.

Although, today it is easy to believe that everyone has access to the internet, computers, tablets or smart phones, this is not the case, and for those that don’t The Stand and other print media like it makes news accessible to a diverse population.

I have proudly served as board president of the South Side Newspaper Project for the past several years. Now, my family and I have decided to relocate to Baltimore, Maryland and I have humbly submitted my resignation, knowing that I’m leaving The Stand in good hands.

Just like the Lasting Love series, The Stand will continue to stand (no pun intended) the tests of time and make profound differences within the Syracuse community by being the media anchor for the community it serves.