Gala in the Garden

Amid the twilight atmosphere of string lights and flickering candles, a crowd of South Siders recently put on a party to show a shared love for their neighborhood.

On a Saturday in September at The Brady Farm, Gala in the Garden raised money for Tomorrow’s Neighborhoods Today Southside. TNT aims to improve residents’ quality of living by working with homeowners, business owners and anyone who cares about the South Side. Board delegate Camille Coakley said she felt compelled to put on a fundraiser for the community by utilizing funds TNT was awarded at a community event.

“Our nonprofit didn’t have an annual fundraising gala,” Coakley said, “and I felt that was important for the initiatives that we wanted to enact within the community.” 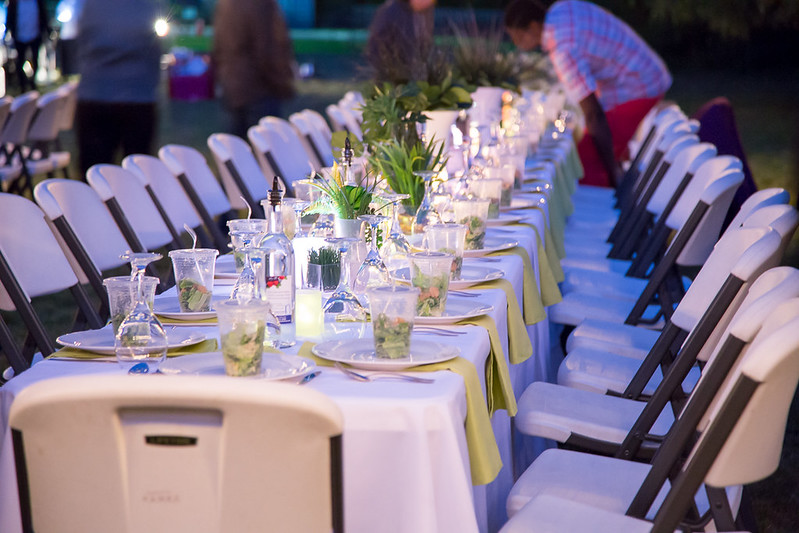 TNT’s efforts come in many forms, from funding gardens to cleaning up parks so children can have a safe space to play. Coakley said her only goal is to help her community.

“A lot of people don’t see the value in our mission. But where everyone else sees doom and gloom, we see opportunity,” she said. “We are committed to combining the skills of the youth and the wisdom of people who have been here, to improve the quality of life.”

At the gala, before a four-course meal was served, the organization presented five awards honoring those who make continuous efforts to improve the community. 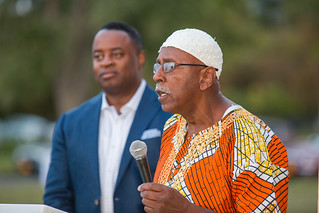 Charles Pierce-El received a Community Hero Award. A longtime activist and advocate, Pierce-El sits on the boards of organizations such as The Stand and Home HeadQuarters Inc., and he is an active member of TNT Southside. Within his neighborhood, he also serves as a youth mentor.
“I love Syracuse,” Pierce-El said, “and not just because I was born here, but because of the opportunities here — there are so many opportunities to get engaged.”

He said he is motivated by the idea of what the neighborhood could be.

“When I was a young child, we had cultural centers and we were able to teach the young about the land and our history,” he said, adding that as these cultural spaces disappeared, the community also lost some of its creativity. “We are a creative people. We have some of the best musicians and artists in the country. I think that we have a vision, but we just need to put it to use.”

Pierce-El said in the future he imagines Syracuse as a place where people reinvest in the community.

“The number one thing I would like to see is more entrepreneurs who look like me. I want to see the youth being creative, collaborating on their ideas and bringing them into fruition. And I want to see our people reinvesting money into the community.” 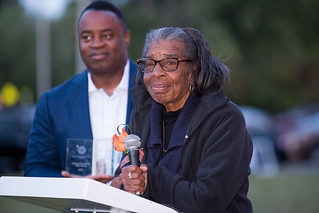 Geneva Hayden also received a Community Hero Award. Founder of Light a Candle for Literacy, Hayden brought awareness to the need for better literacy practices for children. Through educational enrichment efforts spanning more than three decades, such as the creation of her “library of love,” Hayden has provided South Side students with tools to better their learning.
“It really started with my kids and trying to make sure that they were receiving the best education possible,” she said. “Then I thought, ‘If I can do it for my kids, I can do it for my community kids, too.’”

Thirty years later, Hayden says being recognized by her own neighborhood is priceless.“I feel so special getting this award because it is from my community — the South Side.”

Hayden said that at the heart of her work is her desire to help children.

“I want every child to have the opportunity to live out their dream. I work with kids at a very early age, and I focus on character education, making sure they know they are smart and capable of doing anything,” she said.

The best part of her job is seeing the children who have grown up in her programs.

“It is so wonderful to see our kids finish school, go away to college, get degrees and be able to choose to do whatever they want.” 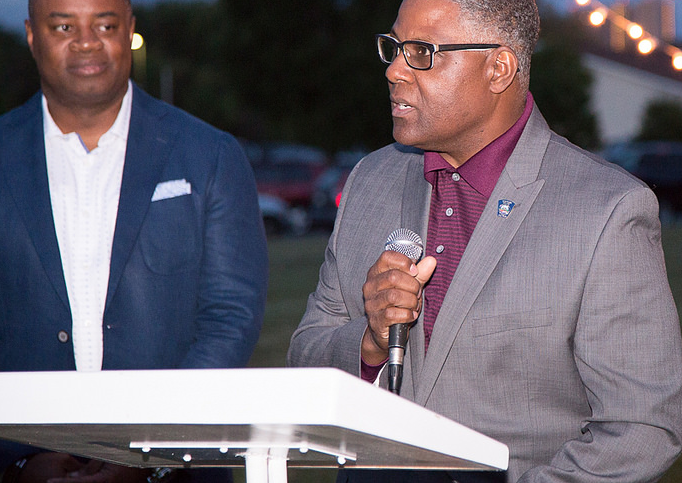 Chief of Police Frank Fowler, of the Syracuse Police Department, was awarded the Public Service Award for his efforts. Fowler said he has not been driven by recognition. “The job that I do is a difficult and challenging one, and people often describe it as being a thankless job. Even though I didn’t go into this field for ‘thank yous,’ awards like this help to reaffirm that I am in the right line of business.”

Fowler said he was grateful to have been given the opportunity to serve his community.
“I am a public servant,” he said, “and anyone could have been asked to be chief.”

Fowler’s hope is that the community works together in their efforts to improve the neighborhood.
“I think Syracuse is a great city made up of unique people probably different from anywhere in the United States,” Fowler said, “and together our community can become extremely successful.” 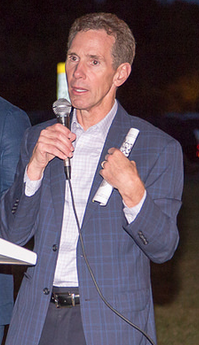 The South Side organization presented its Community Business Award to Dunk & Bright Furniture. Jim Bright, who purchased Dunk & Bright from his father, said that the store recognizes it is part of a larger community.

Bright takes pride in knowing that his store is an engaged part of the community.

“We always want to be in touch with what is happening, whether that means going to a neighborhood meeting or an event,” he said. “Every day, we go and pick up trash around our property because we want to make sure we stay committed to the neighborhood.”

The Community Non-Profit Award was given to Syracuse Model Neighborhood Corporation. For more than 45 years, the not-for-profit has committed itself to collaborative community reform by providing quality housing services and community initiatives. 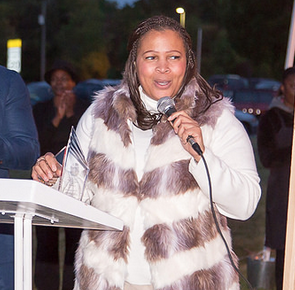 “We handle everything from housing for low-income families to job training and community programs,” said Angela Wright, the organization’s executive director.

Wright said the organization caters to more than 250 low-income families. She is motivated by the need she sees in the community.

“The South Side is one of the most impoverished neighborhoods in the nation,” she said, “and we are responsible for providing safe, decent places for people to live and grow.”
Wright said the people are the heart of the South Side.

“The people here are the greatest resource,” she said. “They are what makes this place vibrant.”