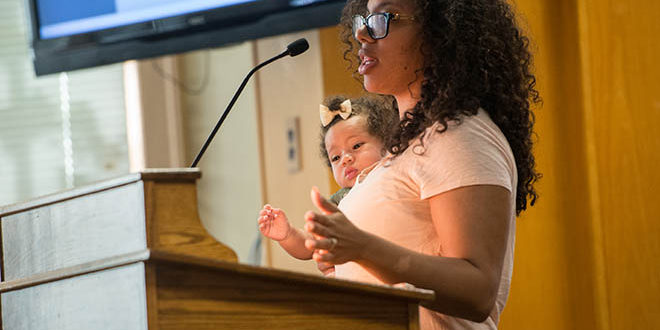 From Code of Conduct to Creating Change

Syracuse residents and community leaders gathered Monday evening to share and listen to comments on recent changes to the Syracuse City School District’s Code of Conduct. The Code of Conduct task force is currently presenting recommended revisions from the 2017-2018 document. During the meeting, commissioners listened to additional comments on revisions from individuals and represented groups. 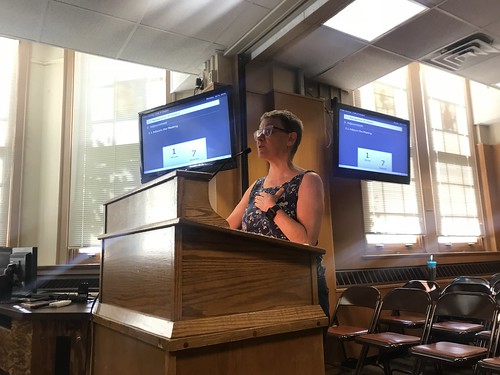 Coran Klaver found some of the code’s revisions to be combative. | Lianza Reyes, Staff Photo

Coran Klaver, with the Syracuse Police Accountability and Reform Coalition, called some of the revisions aggressive and confrontational. Her comments presented suggestions for the board members.

“That just made me think about the ways in which we know that perceptions of what is aggressive are so racially marked,” she said.

Klaver went on to encourage the commissioners to put in racial awareness and competency training for staff and faculty. She asked if there were restorative processes for violations among professional staff, especially when students felt their self-respect was violated. According to the proposed revisions in the code of conduct, parents can expect staff members to “temporarily remove the child engaged in the violent act immediately without the use of corporal punishment,” for pre-kindergarten to second-grade students. This is to calm the student that had previously shown aggressive behavior towards others.

“I think that using the same restorative models would be very useful if they were employed for students who felt like they were struggling with a teacher,” she added.

He also drew attention to how the regulations are implemented at the classroom level, mentioning that students of color and/or with disabilities may be perceived as threatening by teachers, saying this can result in heavier violations. Additionally, when these students aren’t charged for conduct violations, faculty may choose to press charges.

“I’m concerned, especially for students of color and students with disabilities because they can be presumably aggressive for actions that may be expressive,” he said. He cited his own experience as a person of color, noting he is often perceived as threatening when speaking in a clear and direct tone. 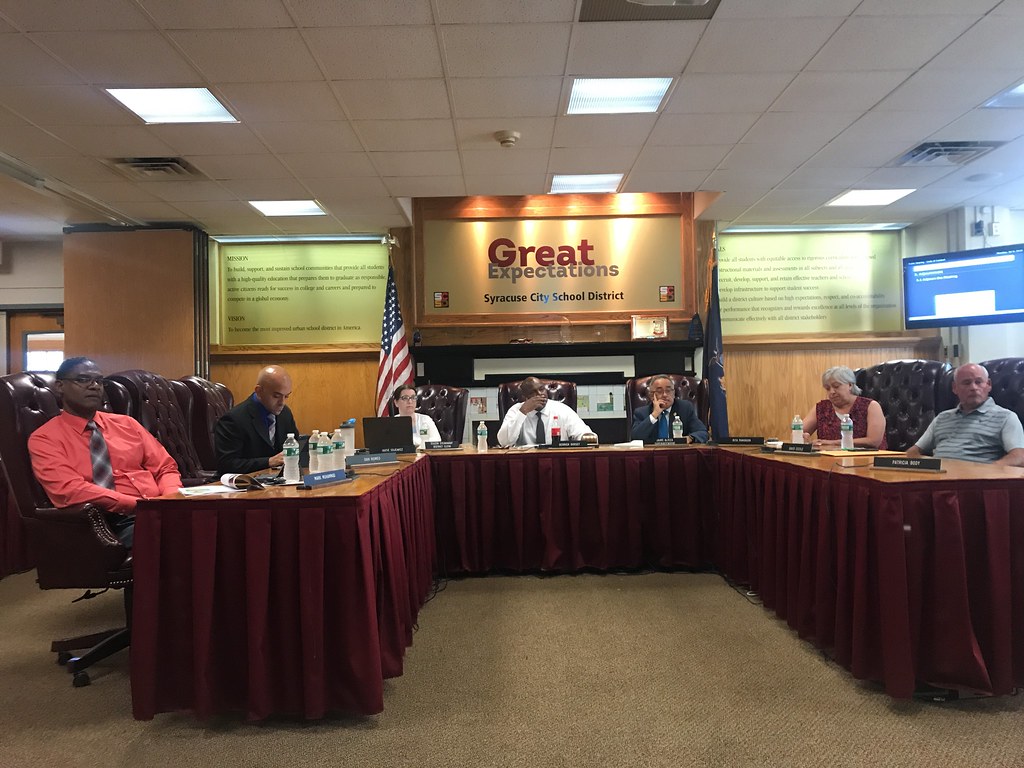 Reading between the lines

Syracuse resident Kimber Gun said, “One of the things needed is to assist family members handling the situations their kids are going through. One being police contact. I feel as though it should be well-defined in the code what police contact is.”

Gun also said that students do not often know the role of police in schools. Appearance tickets tend to be given to students without any explanation for what they are, causing misunderstanding among families. She also expressed the need for a universal understanding of the code and its definitions.

Gun cited the confusion between the official definition of “continuous fighting,” with some school officials thinking that it means “multiple fights with multiple people” while others may think it is only “multiple fights with one person.” This results in misunderstanding at school hearings among the family, school liaisons and faculty.

Allia Williams, another Syracuse resident, who stepped up to the platform with her baby daughter Maya, addressed her concerns among the definitions for key words in the code of conduct, citing an example.

“The fighting definition – I notice there’s a lot of students that I think are going through hearings for the first time. But the definition of fighting in the actual code doesn’t have to be physical,” Williams said.

In the code of conduct, fighting is officially defined as “displaying or engaging in violence, combat or aggression.”

Knowing the process, in and out

Syracuse resident Joanne Stevens, expressed her disappointment with the school district in how the disciplinary process is often not understood.

“Some of the parents, they don’t understand what to do when their children are having problem. It’s a mess,” she said.

Stevens called for a different approach to the code of conduct, emphasizing the importance of helping parents of children going through the disciplinary process and better utilizing city and county taxes for the school district.

Next on the agenda

The Board of Commissioners will hold its monthly business meeting at 5:30 p.m. Wednesday, July 11, at 725 Harrison St. Attendees will be given the opportunity to continue to comment further on the code of conduct revisions, along with other topics of discussion.