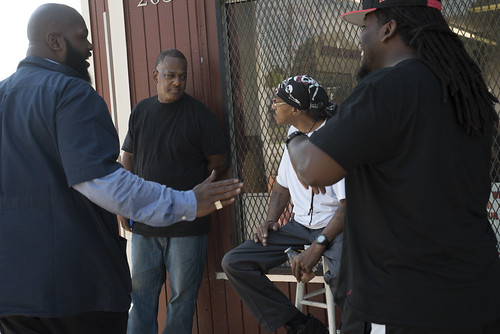 General Davis, who in the 1970s created and ran the South Side Corleones gang at age 15, was born and raised in Syracuse’s Brick City in a single-parent household.

Now 56, he believes he was a product of his environment.

“It was no big deal to walk out of your home and see a fistfight or a gun shootout or a gambling game over here or drugs being sold over there,” he said. “That’s what you get in the hood.”

Since the late 1990s, after having more than 50 arrests since his criminal career began at age 9, he has worked to share his personal story to mentor youth. He is also co-founder of a newly launched program, Real Fathers/Real Men, with Greg Odom, 55, a former drug
dealer.

Both believe the combination of the environment they grew up in and lack of a father figure led to their delinquency.

Davis says he had committed various crimes and been in and out of juvenile court. “The judge had gotten tired of seeing me and ordered me to a school outside of Rochester.” Davis was sent to Industry Residential Center and says instead of being rehabilitated, it taught
him all he needed to know to run a gang.

Davis spent 17 months at the facility, which aims “to ensure juveniles avoid the pipeline to adult criminality,” according to its stated goal.

“While there, I learned through stories from other boys how to kill, how to do drive-bys,” he said. He also met future connections from which he would later buy guns.

It was at Industry that Davis decided to start his gang.

“This is my calling,” he remembers thinking while there.

His mom worked two jobs and raised seven kids with little support. This left no one to watch over him.

Families on the South Side are 70 percent to 80 percent single households, and a single mother heads nearly all of those, Odom says. In Syracuse’s 13205 ZIP code, there are 2,906 single-parent households, and of those, 2,561 are headed by women, according to City-Data.com. Davis said that from what he sees in his experience, “Usually there’s no male role model at all. No uncle. No big brother. No male present to help out.” 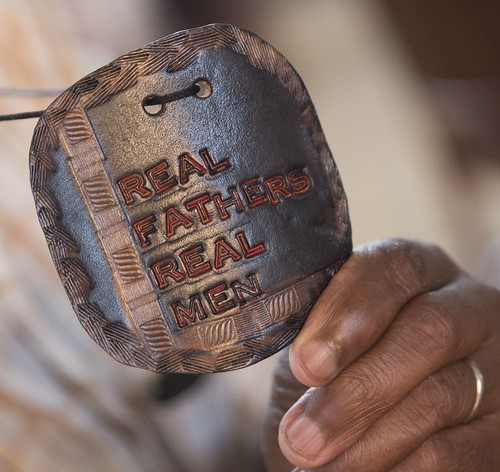 Both have witnessed mothers or parents who look the other way when their children start to sell drugs. “We have mothers … who may condone the lifestyle of her son because he’s bringing in drugs and money and she gets the excess,” Davis said.

Odom, who began to sell weed at age 14 after sneaking joints from his stepfather’s supply, adds: “When your mother is working two jobs or has her own vices, it’s almost impossible for her to provide stability. Kids are home alone and his idol and hero are those guys he sees on the street as soon as he steps out his door.”

Davis not only grew up with an absentee father, he became one.

He did not stay with his oldest son’s mother. He adds that his namesake was witness to the same dysfunction of his youth. “He saw me beat up his mom,” Davis said.

“He saw me leave and not come around again.”

While his son General Davis Jr. grew up, Davis was still active in the gang life. 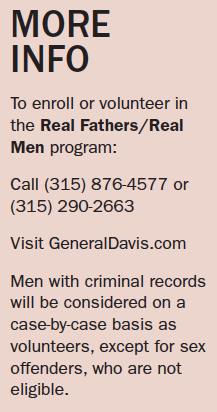 “I wasn’t spending no time with him,” Davis recalled, “and he got caught up in the streets.”

“He’d hear: ‘Oh man, your father was this and he was that … your father was a bad mother (expletive). Then he thought he had a reputation and like a prophecy to fulfill,” Davis said. “When I tried to step in, it was too late.”

Added Odom: “Once they get a taste of that street life, they can become addicted to the money and excitement. So if he’s bringing in thousands of dollars a night, (his father) can’t tell him nothing. ‘What can he tell me. I’m my own man,’ is what he’s thinking.”

At 17, Davis Jr. was sentenced to state prison for a pair of felony drug convictions. “My son was basically a product of his environment,” Davis said.

During the sentencing, Davis stood next to his son.

Davis says in the courtroom he felt ashamed, helpless, sad and bitter all at once.

“Part of me felt that I failed him,” Davis said. “Another part of me felt it was a wake-up call for me to get more involved with those kids who didn’t make it that far yet.” 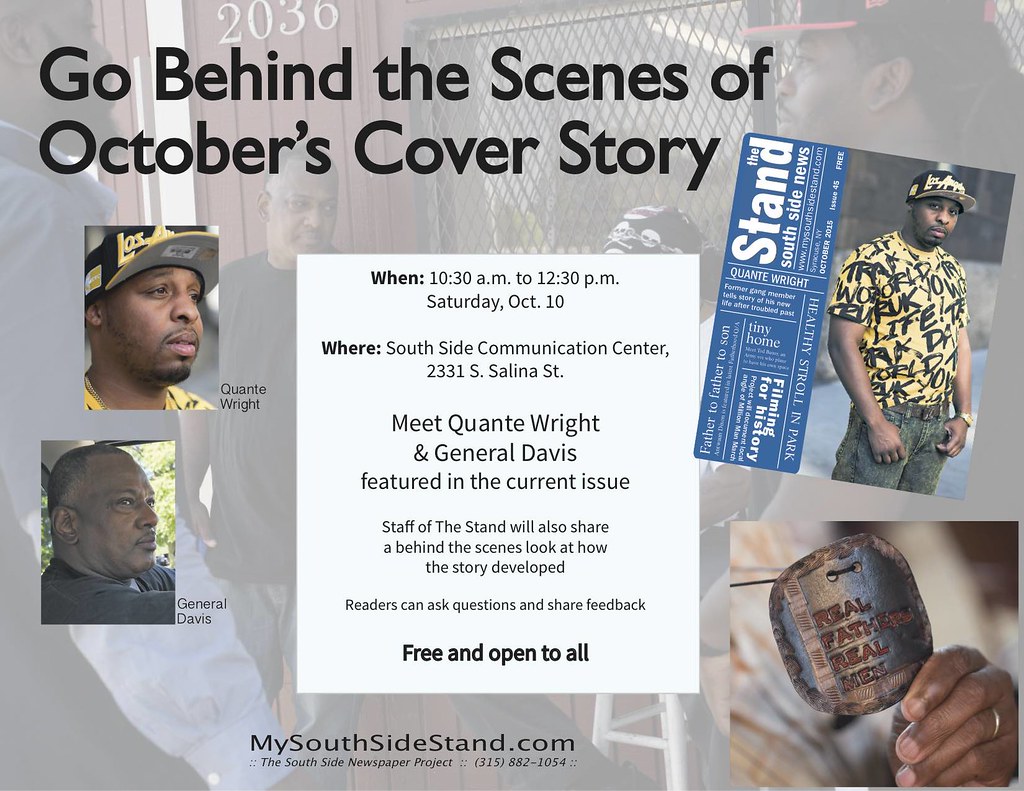