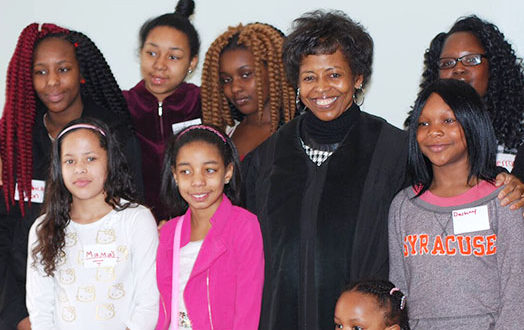 City Court judge Vanessa E. Bogan addressed a room of girls during an Empowering Girls at the Roundtable event on a spring Saturday in the newly renovated Community Café, 1555 S. Salina St.

It wasn’t a courtroom, but a place full of possibility, hope, vision and love.

The roundtable was presented March 18 by Southside Tomorrow’s Neighborhoods Today (TNT) Youth and Education Task Force, and it was sponsored by Syracuse Model Neighborhood Corporation.

At the beginning of the roundtable, Bogan casually mingled with attendees in a personal way. Sue Wood, chair of the Southside TNT Youth and Education Task Force, welcomed everyone to the first roundtable and then introduced Bogan. 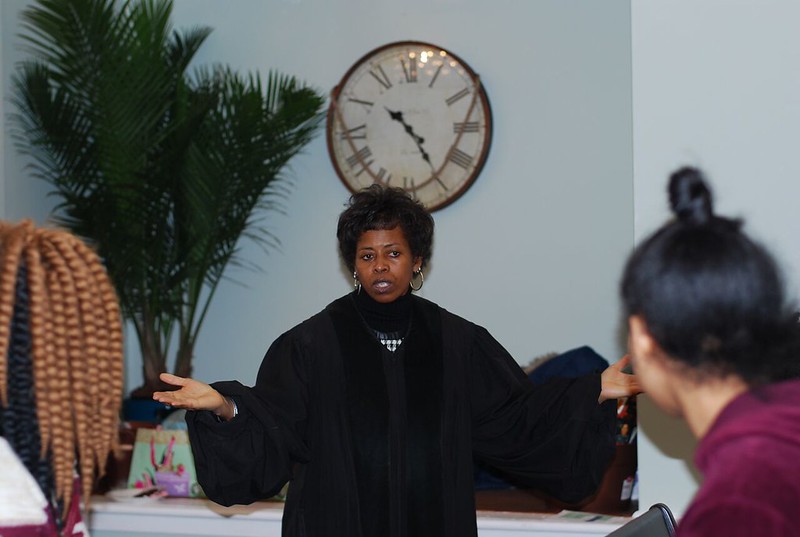 As the judge changed her appearance by placing on her judicial robe, she began by asking how many know what the judicial system is. The most prevalent answer was jail.

Bogan explained the judicial system and emphatically told the young girls, “Stay in school,” adding that this is the most important thing they can do for themselves. When Bogan put on her robe of authority, it became a powerful visual that people can change their lives if they “just keep trying.”

Bogan spoke candidly to the girls, explaining that she grew up in an area of New York City where crime, drugs, poverty and the like existed more than what these young girls may be experiencing. Yet, she explained, with hope, dreams and determination — and through various paths of life — she now places on the robe of authority and insisted that they, too, could be anything they envisioned. The key to achieving is education, not quitting and to just keep going, she said.

She asked the girls to share their dreams, and among the answers were doctor, teacher and nurse. Bogan emphasized that the girls should get involved with something that makes them happy, perhaps sports, so that they can gain confidence in competing with others. She told the girls to never let anything or anyone stop them even when it’s hard.

Then the judge issued each young girl an oath of sorts by face-to-face asking, “Are you going to stay in school?” As each girl answered yes, Bogan responded with, “You promise?” Each answered, “I promise.”

Bogan ended by telling them that the law is “a mechanism for social change.”

Also during the roundtable, the girls were encouraged by the powerful chant of “girl power” led by Angela Wright, executive director of the Syracuse Model Neighborhood Corporation. 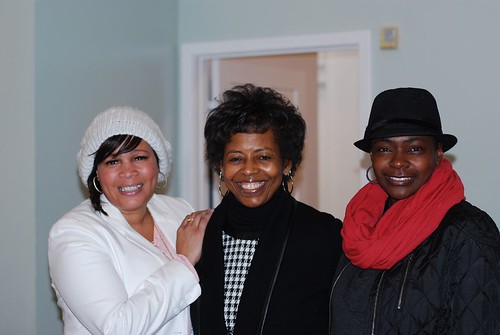 Wright explained that girl power means building confidence and accomplishing dreams, and this can be accomplished by staying in school. This message was delivered not only for the benefit of each young girl in attendance, but also to motivate the girls to encourage others to stay in school.

Tierra Franklin, 17, a member of Southside TNT Community/Media/Special Events Task Force and a Henninger High School student, addressed the girls as to what is really important. She said it’s not all about the hair and the nails. Yes, she said, look good — but for yourself, not to impress others.

“I’m just gonna put it out there,” she told the girls. “I dropped out of school in the ninth grade because of various reasons, but after realizing that if I wanted to be anything in life, I needed to get back in school.”

She said many people encouraged her and are still helping her, and she was excited to tell the girls about her upcoming graduation from Henninger in June, with plans to attend college.

She told the girls they can do it, too, and not to let anyone tell them they cannot. She said it might be hard but to just keep trying.

The event then became a powerful question-and-answer session. Girls flooded Franklin with questions, such as had she ever been bullied, and a bond was formed as many names and numbers were exchanged among them.