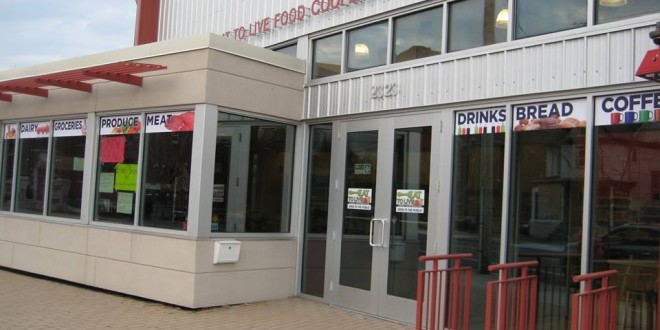 After being closed for two years, local grocery store reopens its doors

A Syracuse food cooperative held its grand reopening Wednesday, April 20, after a two-year hiatus due to financial constraints, in an attempt to provide healthy and cheap produce to the local community. 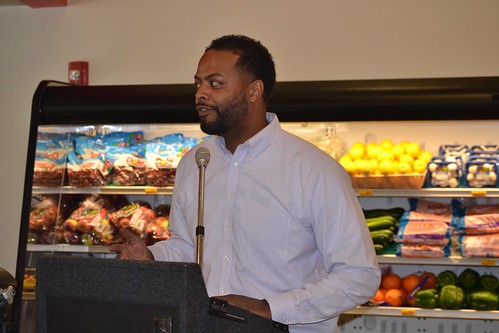 Joseph Bryant, president of the Eat To Live Food Cooperative speaks at the store’s grand reopening

Jeremy DeChario, interim general manager of the Eat To Live Food Cooperative, located at 2323 S. Salina St., said he believes the key to making the store successful will be in selling products that people want to buy, not necessarily the products that have the most famous brand or the products a select few consider to be the best.

“I think a lot of folks get into the trap where, ‘Oh, this product is the best,’” DeChario said. “But if nobody is buying it, then what difference does it make? You can’t be in business that way.”

Eat To Live is a community-owned food cooperative whose managers say it is dedicated to bringing healthy and cheap food and household products to the South Side. In addition, the food cooperative also hopes to benefit the greater South Side economy through its ownership equity where anyone can become a member and a part owner for $100, according to its mission statement.

Joseph Bryant, board president of Eat To Live, said the idea of the food cooperative originated in 2006 when members of the Southside Community Coalition offered fresh produce outside on the streets to residents . The 3,000-square-foot food cooperative opened seven years later, in October 2013, but folded within two months due to financial problems, Bryant said.

Eat To Live now has more money to work with this time around, thanks to one $10,000 anonymous donation and $5,000 donations each from The Allyn Foundation, Gifford Foundation and Central New York Community Foundation. With additional funds, a remodeled business plan and produce selection, Eat To Live is positioned well to succeed, Bryant said.

Brandi Woolridge, the assistant general manager of Eat to Live, said the community has been extremely supportive since the food cooperative first announced it would return.

Woolridge said she believes that many in the community were surprised to learn Eat To Live would reopen, because often when stores close down in a financially stressed neighborhood like the South Side, they don’t come back.

“To see us coming back, it seems to be inspiring and invigorating the community,” Woolridge said. “And so far, everybody–the community members–that I’ve bumped into or talked to are just excited that it’s here and just looking forward to coming in to shop.” 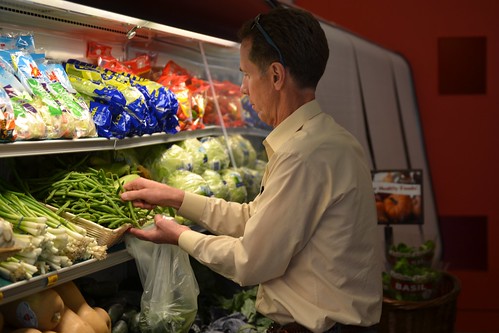 One customer, Jim Bright, echoed Woolridge’s statement. Bright, who owns a business within walking distance of the store, said he was very excited when he heard Eat To Live was planning to reopen its doors. Bright praised the food selection and also the location itself, since there are very few other grocery stores in the surrounding area.

“It’s good for the community,” Bright said. “I’m very excited for this, because it will also be convenient. Selfishly, it will be convenient for me to grab fresh produce on the way home.”

The grand reopening also included a local chef giving a food demo and preparing a healthy meal that can be cooked in just 10 minutes, using only products available in the store. After preparing the meal–which consisted of brown rice, zucchini, collard greens, squash and kale–he gave plates of free samples for customers to try. 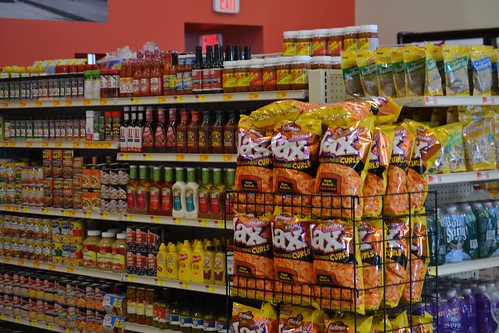 The shelves were fully stocked prior to the reopening.

Stephen Landon, executive chef of Stone’s Farm Fresh, located in the ShoppingTown Mall, said he wanted to come out and support Eat To Live’s grand reopening by showing community members that they can purchase and cook healthy foods on their own, and don’t have to depend on fast food chains for quick meals.

Bryant said the grand reopening, which lasted from 4 to 6 p.m., went very well, estimating the store generated at least $2,000 in revenue through product sales and new membership fees in just the two hours the store was open.

Bryant, however, said his goal isn’t just helping the Eat To Live Food Cooperative succeed. He also wants to help develop other cooperatives in the area, so the South Side economy as a whole can benefit as well.

“When we started, just the idea to develop more cooperative-owned business to support or change poverty in low income areas,” Bryant said. “I look at the cooperative movement as a way to not necessarily balance income inequality, but to at least liven up those communities and just benefit them.” 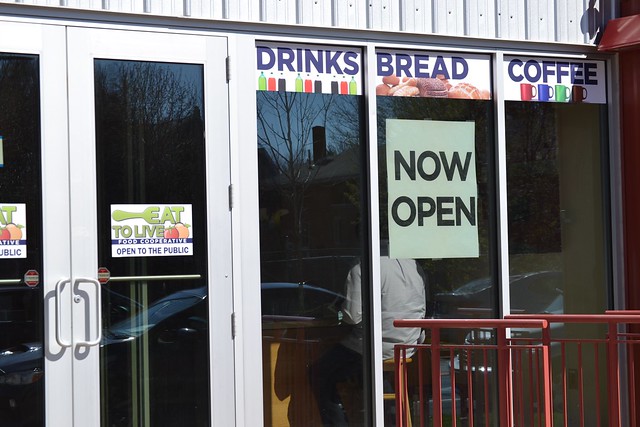 BOARD OF DIRECTORS AND STAFF

HOW TO BECOME A MEMBER

To join the Eat To Live Food Cooperative, the equity investment, or membership fee, is $100. This can be paid in either one single sum or in $10 monthly installments. However, there is an additional $5 processing fee for installment plans. You can pick up a membership application inside the store.