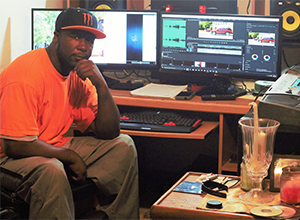 In times of violence and crime, two talented black men stand out in our community as role models who are breaking stereotypes. Tyrone Jackson and Shamroc Dancil have made their vision of filmmaking come true, and they are inspiring others. 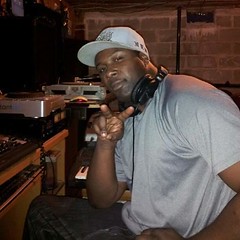 Jackson is CEO of All Grown Up ENT. He can do it all. Jackson is a music artist, editor, director, writer, actor, producer, camera technician and more.

Since childhood, he has loved movies, especially “Little Shop of Horrors” and “Harlem Nights.” He eventually began making his own movies by teaching himself the ins and outs of the film business. Jackson is currently producing a film he wrote, stars in, directs and edits. The title is “I Got This.”

You can also check out his acting skills and music in “Loving The Same Man” — a film written by me — when it is released.

Jackson understands that it takes hard work, patience, sacrifice and dedication to be successful. His creativity is mind blowing, and he is ready to show the world. 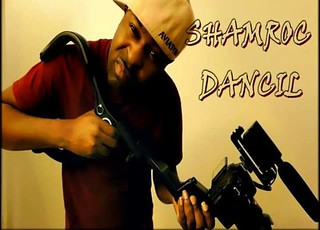 Dancil is a self-taught director and writer who made a Syracuse movie classic with Nykeace Bachus. The title is “Self Made.” This film features many local talents on cast and crew, with great writing, locations, editing and acting.

“Self Made” inspired many local writers, such as myself, to make movies. In 2013 when the film premiered, hundreds of people came out, and many more got personal copies. The response was stellar. Dancil, who has been making films for a few years, has drive and passion.

He explained that he originally got a camera to promote his music and make his own music videos, but then decided to make films. He is making a film called “The People’s Champ.” He wrote it and directs it, operates the camera and edits. A lead cast member recently passed away, but Dancil still has the motivation and courage to film in his cast member’s memory. That’s perseverance.

Making a film can be stressful, he says, with a lot of behind-the-scenes work that people don’t see, but it also is fun and rewarding to share a message through film. His advice to anyone wanting to pursue film: Pray and grind. Just go get it. Don’t quit. And without God, you can’t do anything.

Article contributed by Tammy Reese, a CNY award-winning writer and actress.
She can be reached at Tammyreese7@gmail.com