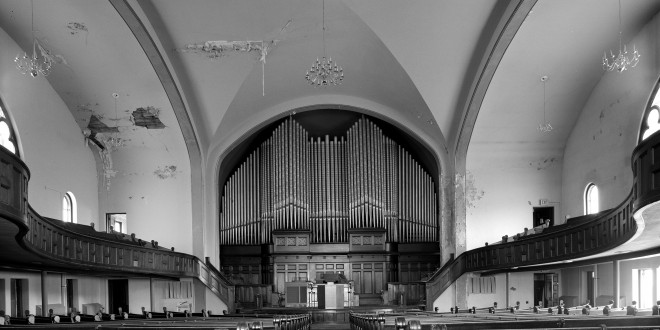 A view of the inside of the South Presbyterian Church, which has long been abandoned, is in the application process of being designation on the historic places list. | Photo provided by Bruce Harvey

South Presbyterian Church could be getting closer to gaining new use

One of Syracuse’s historic church buildings, once a bulwark in its South Side neighborhood, may be a step closer to being sold, renovated and put to a new use, city officials say. 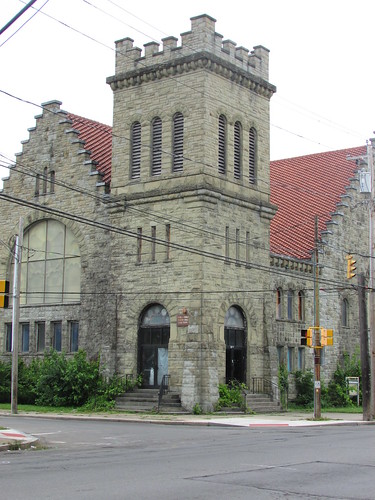 A view of the outside of the South Presbyterian Church, which has long been abandoned, is in the application process of being designation on the historic places list. | File Photo

The Greater Syracuse Land Bank announced at its monthly meeting in February that it would contract with Harvey Research and Consulting in an effort to get the historic South Presbyterian Church at 112 W. Colvin St. listed on the National Register of Historic Places.

Such recognition would allow a developer to receive tax credits in renovating the church building. Officials said they hope the move would attract as many developers as possible when they issue a formal request for proposals later this year.

“We are looking to try and turn that into a real community asset,” said Vito Sciscioli, who serves as chair of the Greater Syracuse Property Development Corporation. “It’s not direct cash from us, but it does enhance the bottom line of the operating costs of a facility, because any tax liability the development occurs is mitigated somewhat by the credits they receive.”

Bruce Harvey, who runs Harvey Research and Consulting and has been selected to write the formal nomination of the church as a historic building, said the South Presbyterian Church was built in 1906.

Officials of both the Land Bank and the development corporation said they believe a designation on the historic places list would make the property much more attractive. But Land Bank Executive Director Katelyn Wright said she also hoped that a developer who wanted the tax credits would still be subject to review by local preservation authorities.

Wright and others on the development corporation appeared to voice a belief that getting a listing would be relatively straightforward; others indicated that the process might be more challenging — the result of changes to the church building, such as removal of historic windows seven years ago.

In 2009, a collector purchased and removed the church’s valuable Tiffany stained-glass windows and some other artifacts from the church, according to news reports from the time. The integrity of the original historical property is vital to securing a nomination, Harvey said.

“Eligibility for the National Register is generally determined by its historical significance and its integrity,” Harvey said. “How much of the original resource is still remaining. And so the resource has to have a very high level of integrity, and it also has to be significant according to some criteria, whether it’s local, state or national level of significance.”

Because of this, Harvey said he had concerns that the removal of the Tiffany windows could make application to the historic listings more of a challenge.

“The only possible issue, the original Tiffany windows were removed a number of years ago,” Harvey said. “That hurts the integrity of the building because it takes away a part of its original design.”

After the removal of the Tiffany windows, the Onondaga Valley Church merged in 2011 with the South Presbyterian Church to form the South Valley Presbyterian Church, according to the Rev. Steve Plank, who serves as the stated clerk/communicator of the Presbytery of Cayuga-Syracuse.

Although there may be concerns regarding the Tiffany windows, Harvey said that nearly every property he has evaluated also had integrity issues, suggesting that the windows’ removal may not be a deal-breaking issue.

Harvey will write the nomination with Samuel Gruber, another independent consultant based in Syracuse. 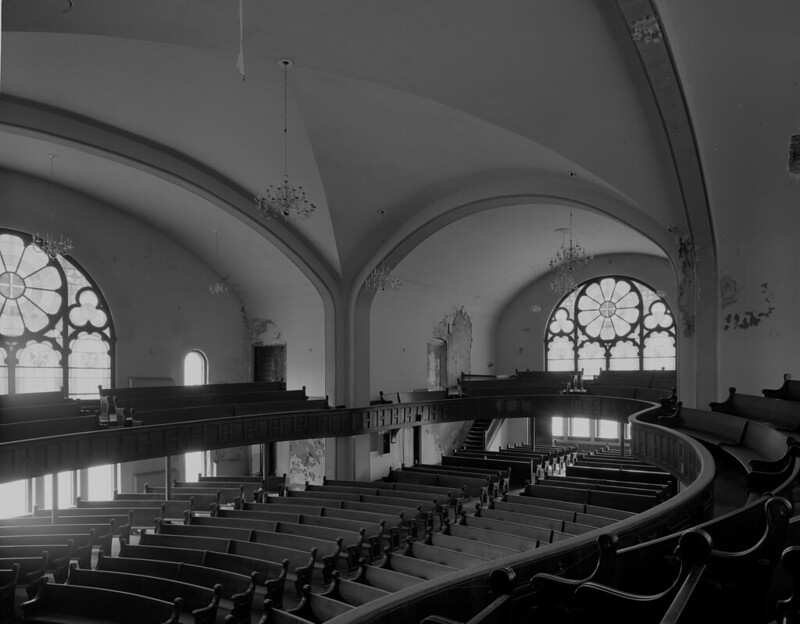 A view of the inside of the South Presbyterian Church showing the former Tiffany Windows. | Photo provided by Bruce Harvey

Harvey said he has written about eight to 10 National Register nominations that, in the parlance of the process, “have reached the keep” of the National Register. All have been ultimately approved, he said.

But Harvey said the main reason he chose to take on writing this nomination was not because of its chances of success, but because of how important he believes the property is to the city of Syracuse.

“It’s a great building. Religious properties in general are important buildings for healthy living communities. Architecturally, it’s a terrific building both interior and exterior. And it’s an important part of the fabric of that part of the city,” Harvey said. “Those are the reasons why I’m enthused to work on this National Register nomination.”

Land Bank officials said they hoped getting the property listed onto the national and state registers would attract more developers.

“The hope is that when it’s on the register or if it is eligible to be on the register,” said Daniel Barnaba, treasurer of the Greater Syracuse Property Development Corporation. “That a re-development opportunity that would include a grant would bring some people out of the woodwork.”