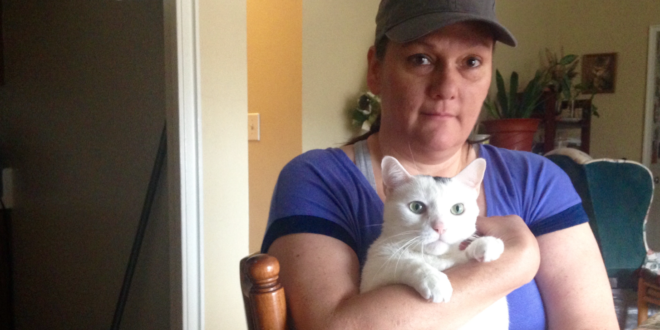 Laura Kelly has struggled to find rentals in Syracuse that accept Section 8 Vouchers, a federally funded program that pays the balance of a rent payment that exceeds 30% of a renter's monthly income.

Common Council to Vote on an Anti-Discrimination Bill This Month

At the Skyline Apartments on James Street last Spring, Laura Kelly gathered bright, multicolored bins and packed up all of her belongings. They are stacked neatly, one atop the other, like building blocks in a game of Tetris, just barely brushing the ceiling. What didn’t fit in the boxes, Laura stuffed into black garbage bags that are shoved underneath her brand new, unused mattress. 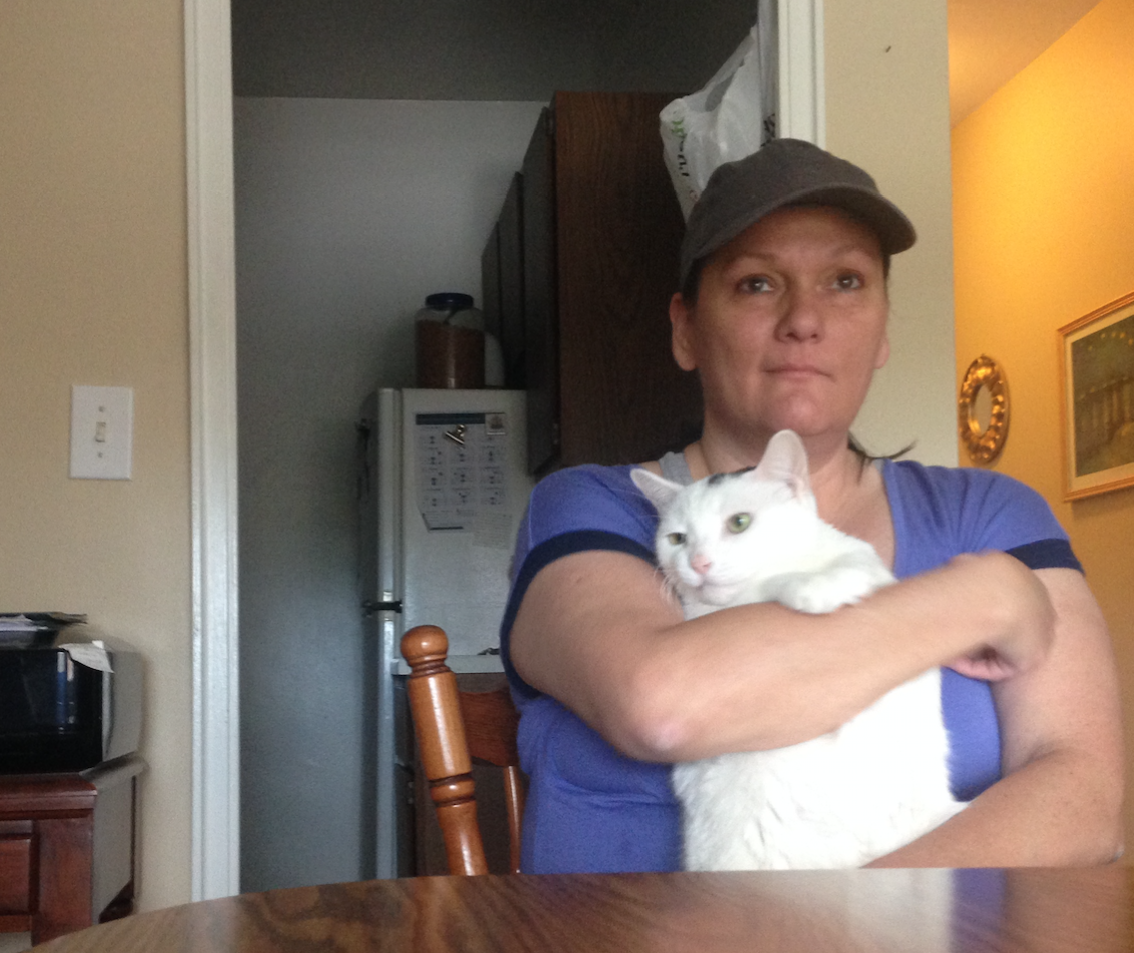 After an accident in 2008, Laura Kelly has collected disability benefits and Section 8 Vouchers.

Kelly has been a tenant at the Skyline Apartments for five years. A 49-year old Syracuse native, she threw out her back in an accident in 2008 and, unable to return to her job as an administrative assistant, began collecting disability benefits and section 8 vouchers. She was homeless for a period of time, staying at the Dorothy Day House for a few months while a case worker found her housing. But she didn’t anticipate the trouble she would have finding landlords who would accept her housing vouchers.

“At first [the landlord] didn’t want to accept section 8, but I kind of talked her into it,” Kelly said of her first apartment in Eastwood. “And that apartment was hell. There was no electricity at one point, no heat or hot water…that place was really bad.”

Kelly began the search for a new place, and was surprised by the amount of apartment listings that specifically stated “No PA, No Section 8, No Pets” on Craigslist. While she was eventually able to find her current apartment in Skyline, a severe bedbug infestation last year forced her to get rid of most of her furniture. The complex has since been sprayed, but she is still hesitant to remove her belongings from the safety of her rubber boxes.

“Maybe I’ll just live in my car,” Kelly said. “I don’t have to worry about bedbugs or anything there.”

Kelly is one of the many disabled individuals who qualifies for section 8 housing, a government program (administered locally by the Syracuse Housing Authority) that assists low-income individuals, the elderly and the disabled with paying monthly rent. While those on section 8 can choose any apartment or home that meets the requirements of the program, a 2015 study conducted by the CNY Fair Housing found that of 712 local housing listings viewed on Craigslist in a one-week period, 94 specifically stated section 8 vouchers or public assistance would not be accepted.

This is the subject of a bill being discussed by the Syracuse Common Council that would add a “source of income” clause to a local law, making it illegal for landlords to refuse to accept federally-funded vouchers. The bill is being modeled after similar measures that have passed in 13 states across the country and in cities such as Buffalo and Westchester. The Common Council has been working with landlords and the CNY Fair Housing the past few months to create the bill, and a vote is expected to take place Oct. 24, according to Councilor Jean Kessner, the lead counselor for the bill.

“How do you go about your life if your housing situation is uncertain?” Kessner asks. “It’s to everybody’s benefit if people are housed and housed well, and it should be up to the government to ensure that housing does open up and people can find places.” 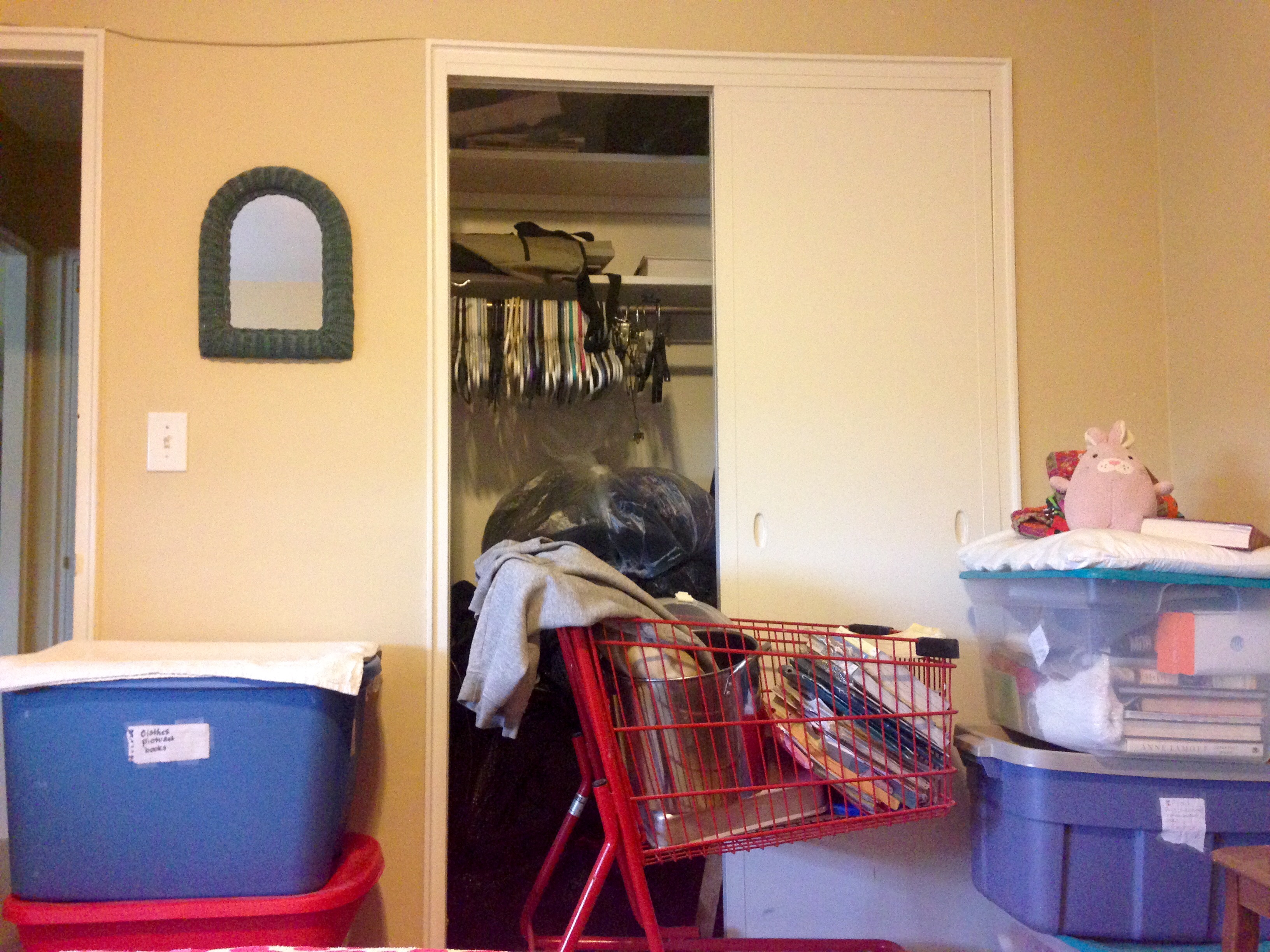 The majority of Laura Kelly’s possessions remain in plastic bins while she waits to move.

But some local landlords are not convinced that the bill ensures everyone’s protection, saying that the bill contains an addendum that prohibits landlords from using their own lease and from collecting things like late fees or fees for damages. They argue that these additional addendums result in extra costs for landlords.

A representative from the Central New York Landlord Association said that while reaction among local landlords is mixed, landlords who oppose the bill are vilified and accused of discriminating against poor people.

Sally Santangelo, executive director of CNY Fair Housing, says that landlords are exaggerating the increased costs and that some costs are necessary to ensure equal access to adequate housing.

“There are other fair housing laws that cost landlords money that are considered part of the cost of doing business,” Santangelo said, citing the requirement for landlords to provide accommodations for people with disabilities. “There may be some costs, but I don’t think that should be the sole determinant of what kind of housing choice we give people.”

Laura Kelly says she is disappointed that the bill has not passed yet, and is in the process of applying to move to the Grant Village Apartments in December. Until then, she is surrounded by bins and bags.

— Article and photos by Samantha Mendoza, The Stand Staff reporter