Imagine you are in downtown Syracuse on your way to an event when you see a man staggering along the sidewalk. He walks unsteadily towards the intersection, falls over the hood of a car and collapses onto the sidewalk. You ask if he is OK, but he does not respond.

What should you do? 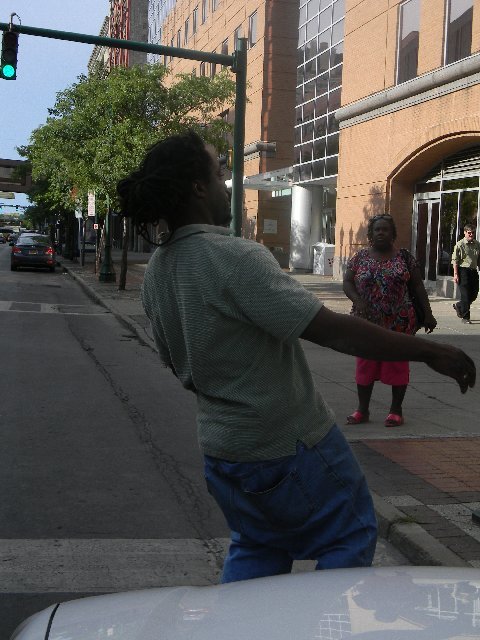 Della Branch-Bullock, Brenda Muhammad and Vickie Patterson were in downtown Syracuse to attend the “Countdown to You Can’t Fail” Celebration by Gwen Inc., a conference for professional women of color- that was being held in the Galleries. 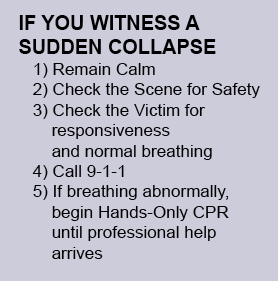 Branch-Bullock, a professional photographer, was sitting in her car gathering her camera equipment when she noticed a man staggering in her direction.

“The man stumbled from the sidewalk, fell across the hood of my car and onto the sidewalk,” Branch-Bullock said. “He lay there very still and appeared to be unconscious.”

Meanwhile, Brenda Muhammad, a community correspondent for The Stand, was walking toward the Galleries when she heard a car horn beeping.

“Della was sitting in her car. She beeped and waved at me, but I didn’t know who was in the car until after everything transpired,” Muhammad said. “I saw the man stagger toward the car, fall over the hood and collapse.”

Vickie Patterson was also on her way to the Galleries when she saw and heard Muhammad on the phone speaking with the 9-1-1 operator. The 9-1-1 operator ensured them that help was on the way and instructed them to check to see if the man was breathing. 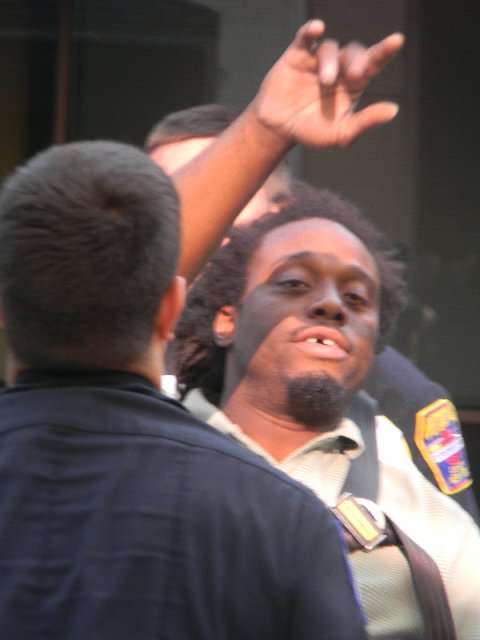 Patient waves and thanks the three ladies for their assistance. -- Photo by Della Branch-Bullock

As they moved closer, the man murmured, “Help me.” He attempted to get up and fell into the street — unconscious. It was then that they noticed that the man had a knife. Just at that moment the paramedics arrived on the scene, and Patterson pointed to the knife.

Feeling that it was now safe to exit the car, Branch-Bullock joined Patterson and Muhammad on the sidewalk. Much to their surprise, the young man regained consciousness, raised his hand and said, “Thank you” while paramedics hoisted him onto the ambulance. No further information was available about the man’s current condition.

The ladies were then free to continue their plan to enjoy their evening. Unbeknownst to the trio, conference attendees had watched the entire event from a window in the Galleries. The three were hailed as heroes as they entered the celebration. Ironically, the Gwen Inc. websites declares its mission is to help leaders become confident, competent, courageous and calm — traits that our heroes had just displayed.