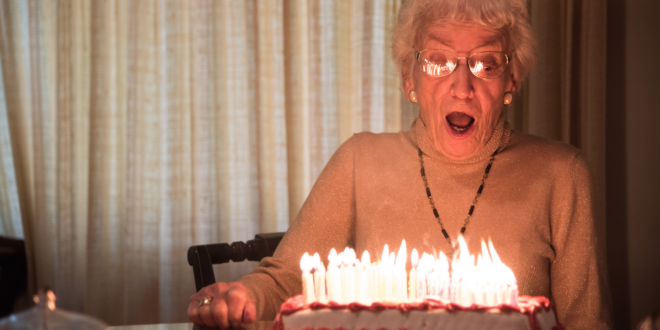 The "Birthday of a Century" fundraiser is set for Nov. 18, to honor Ruth Colvin, who will turn 100 on Dec. 16. | Photo illustration by Tony Curtis

Birthday of a Century

At one point, Ruth Colvin stopped telling people her age. 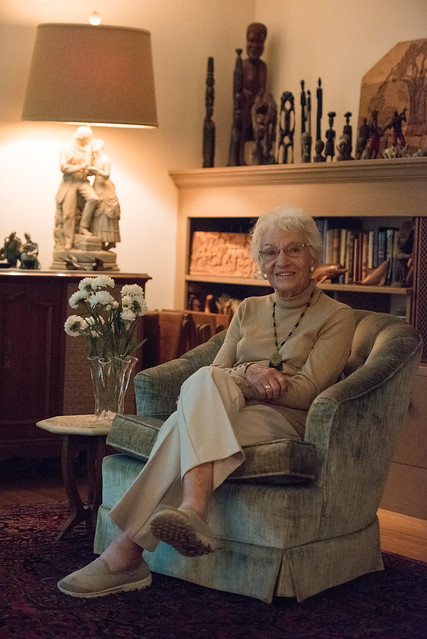 Ruth Colvin sits in her home, which displays many treasures from her volunteer visit to 26 developing countries. | Tony Curtis, Staff Photo

She thinks it was in her 80s that she grew tired of answering the age question. Then one evening at a party she was introduced to a woman.

“Slumped over a walker, she approached me and shared how she was too old to participate. I asked her age and learned she was 16 years my junior,” Colvin recalled.

Colvin, known for founding a literacy movement — now existing as the local LiteracyCNY and the world-wide ProLiteracy, both based in Syracuse — thinks age is nothing more than a number.

“When I told the woman my age, suddenly she stood up straighter,” Colvin said. “She now knew she wasn’t the oldest one in the room.”

Now at 99, Colvin plays golf three times a week; goes to the gym twice a week, flowing through 15 machines and completing 30 reps on each; serves on the board of her two literacy groups; participates in three book clubs; is active in her church; still writes books; and volunteers as a one-on-one tutor. Her current student, who is 37 and from Hong Kong, knows Colvin simply as Aunt Ruth.

Colvin stresses it’s what you do with your number that matters. “I just happen to have a big one,” she said. And on Dec. 16, her number will expand to three digits.

But Nov. 18 is when Colvin will embrace the significance of reaching 100 by rallying for the cause she’s been most passionate about for more than five decades — adult literacy.

The board of LiteracyCNY, the legacy holder of Colvin’s local work she began in 1961, convinced her that a bash in her honor would serve three key purposes.

“First, to honor her legacy and achievements in her 100 years,” said Marsha Tait, executive director of LiteracyCNY. “Secondly to establish the Ruth J. Colvin Endowment Fund and (thirdly) raise awareness in the community about the work our agency does.”

The agency — formerly the Literacy Volunteers of Greater Syracuse, which was housed upstairs at Beauchamp Branch Library from 1985 to 2012 — serves students who read at or below a sixth-grade level and new English language learners. Tait, who is also a member of Greater Syracuse HOPE initiative — Health, Opportunity, Prosperity and Empowerment — said that many of their clients are South Side residents who are plagued by generational poverty.

When the agency moved to the Syracuse Educational Opportunity Center at 100 New St. in 2012, the partnership helped to streamline moving low-readers into work-training classes to gain employment and a sustainable future. This program year, the agency is offering seven classes; it continues one-on-one volunteer tutoring.

The endowment to be established from ticket sales and donations raised during the celebration will be used to create a sustainable financial future for the agency.

“This issue in our community is not going to go away in my lifetime,” Tait said. “The demand is very high and over our entire 50 some years of history here, we never took that step to look to the future. We want to ensure we continue this program … 20, 30, 50 years down the road.”

Colvin will be the first to say she is not a fundraiser, so the efforts of the board won out over her embarrassment of being thrown the “Birthday of the Century.”

She explained that volunteers are often working with someone of a different race, different educational background and different religion. Despite those differences, she finds the pairs discover they have much in common.

“That can change attitudes,” she said. “Breaking down barriers — economic, cultural and even age.”

When Colvin was told that ticket sales — $100 each, which she believed to be too high — go directly to the endowment in her name, she asked about the costs of such a large party. 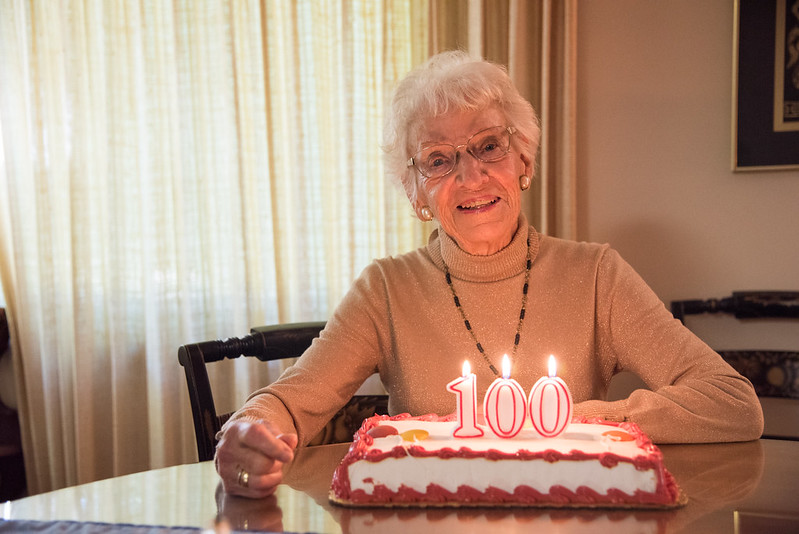 For tickets to the Nov. 18th Birthday of a Century celebration, visit here

“Who will pay for the dinner, the wine, the space, decorations, stamps for invitations and a cake?” Colvin asked. The answer: Donors.

“I was astonished,” Colvin said about how the committee obtained donations to cover all expenses.

“These people have gifts and skills that you can’t buy,” Colvin added in describing the Birthday of the Century Committee co-chairs, Bob Dewey and Doreen Kingsley.

Since March, a dozen members of the celebration committee, along with a number of volunteers, have met regularly to plan the event. It will begin with a cocktail reception, followed by dinner and a program. Musical entertainment will be provided by members of Colvin’s church — the Pebble Hill Presbyterian Church in DeWitt.

Dan Cummings, anchor with NewsChannel 9, will serve as master of ceremonies. Gregg Tripoli, executive director of the Onondaga Historical Association, is compiling a tribute montage. 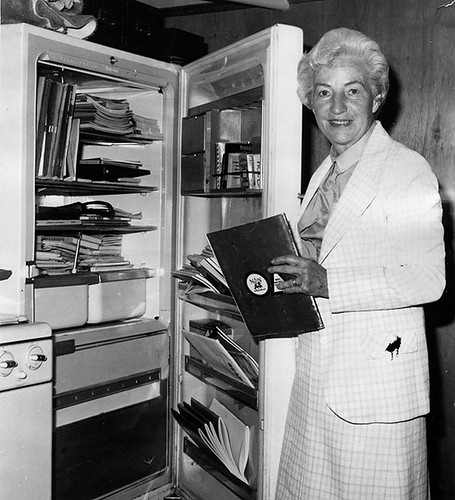 An old refrigerator, housed in Colvin’s basement, became a symbol for the modest beginnings of Literacy Volunteers. Today, this image hangs in the current office located on New Street. | Provided Photo

“The video will be one of the centerpieces of the program, highlighting Ruth’s gifts to the community, Dewey said.

The celebration will be at the Marriott Syracuse Downtown (formerly Hotel Syracuse). With a room capacity of just over 400, the newly renovated hotel’s Grand Ballroom appears set to sell out.

“Ruth has a very strong following of people who adore her,” Dewey added.

Adore is likely an understatement. Among the accolades given to Colvin over the years: 2006 Presidential Medal of Freedom from George W. Bush; a President’s Volunteer Action Award from Ronald Reagan in 1987; and induction into the National Women’s Hall of Fame in 1993.

One fan, former first lady Barbara Bush, shares Colvin’s dedication to improve literacy. Not able to travel any longer, Bush agreed to serve as honorary chair for Colvin’s celebration. In the forward to Colvin’s fourth edition of “A Way With Words,” Bush wrote: “I continue to advocate for literacy … but the real work is being done by people like Ruth Colvin, who work tirelessly for this great cause.”

From the time Colvin read a newspaper headline in 1961 stating there were 11,055 functional illiterates in her home city, she initiated a literacy movement. 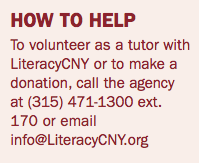 “I don’t know what spark or characteristic someone has that allows them to almost unintentionally found a national and international movement — but that’s what she did,” Tait said. “Ruth will tell you she never imagined it to get to this level, she was simply helping a few people out of her home.”

Read More:  Meet a South Side student of LitearcyCNY and visit one of the agency’s
English Language Learners classes