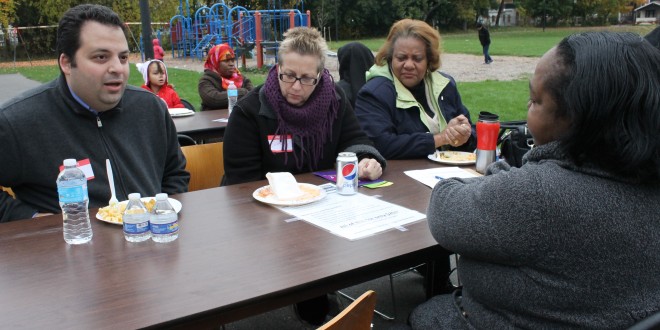 Believe in Syracuse Moves into South Side

The cloudy skies and cold temperatures did not stop residents from celebrating what they love about their South Side community.

Dressed in coats and gloves, people gathered at McKinley Park on Saturday, Oct. 24, for Believe in Syracuse’s South Side Kickoff Party. Founder John DeSantis said the group organized the event to launch a civic engagement initiative in the community.

“The goal is to empower neighbors who live on the South Side, determine how they want to show off what they love about the neighborhood and also take action to make it safer and a better place for their children,” he said. 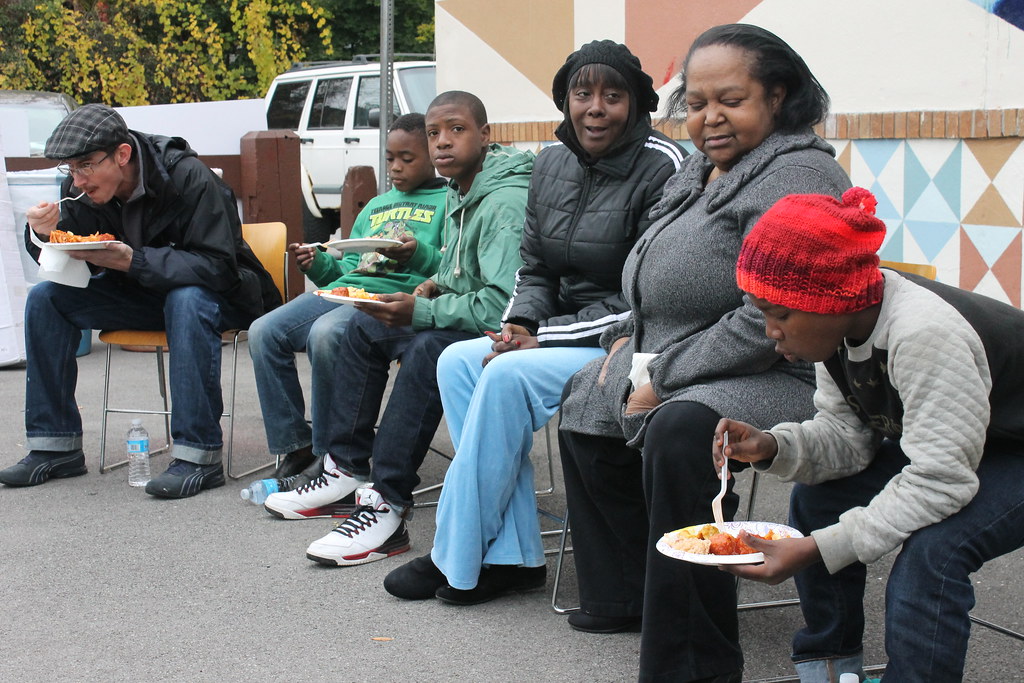 Members of Believe in Syracuse wrote a grant for funding from the Central New York Community Foundation and determined that the South and North sides of the city were most in need of a way for people to get involved in their neighborhood. DeSantis said that while this party is just the first step, his next move will be to meet with South Side residents individually, to find out what their experiences in the neighborhood have been and what they would like to improve. Eventually, DeSantis would like to form a team of South Side residents to engage the community through volunteer projects.

Anna Morris has lived on the South Side for more nearly 50 years, but wants to see more resources for youth. “Their souls are just so caught up in things that are not productive for them,” she said. “We’re really suffering in our community.”

Although Morris would like to see improvements, she said she loves her community for the people and for its proximity to downtown Syracuse, Destiny USA and Syracuse University.

Euhura Grainger, who was born and raised on the South Side, attended the party with her husband. As a South Side native, Grainger said she appreciates how tight-knit the community is and that there are women that care about its well-being. Her main concern, like Morris, was the welfare of the children. 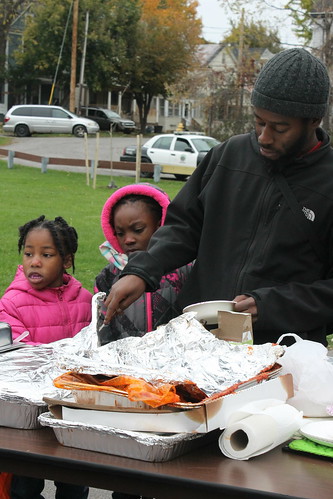 Resident Rhasheim Rutledge attends the Believe in Syracuse kickoff party with his children and nephew, and feels that the best way to better the community is to work on oneself.

Attendees discussed their experiences over curry chicken and cabbage provided by Jerk Hut, meatballs and pasta sauce and macaroni and cheese provided by RJP Comfort Foods and baked ziti provided by Luigi’s Pizza and Italian Restaurant. Believe in Syracuse provided surveys to residents to express what areas they wanted to see improvements in, like the neighborhood’s walkability, community watch, neighborhood schools and others. Representatives from other groups and institutions also attended, like Lanika Mabrey from ACR Health in Syracuse.

Mabrey came to the event to advocate for safe sexual health, particularly in communities of color. She said that while AIDS has come somewhat under control in the general population, people of color are still contracting the virus at an alarming rate. In New York state, according to the Centers for Disease Control and Prevention, blacks and Hispanics made up about 73 percent of people diagnosed with HIV in 2011. Mabrey believes that the possibility of ending AIDS is within reach and practicing safe sex is crucial.

She is also a resident of the South Side and thinks that there are a lot of individuals committed to helping the community.

“We are a community that will break bread together, spend time and work together so we have a lot of hardworking people trying to make sure that we have good in the ‘hood.”

— Article and photos by Ashley McBride, The Stand Staff reporter