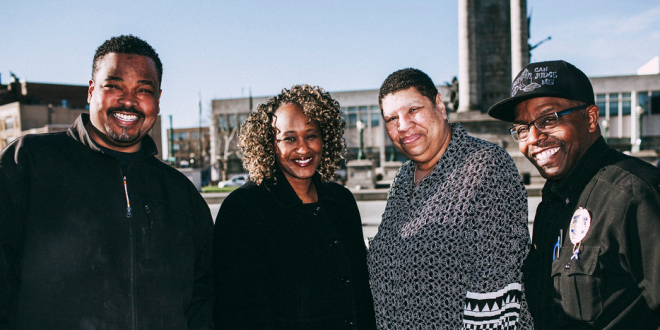 Syracuse community members are wrapping up fundraising and finalizing details for the Syracuse Juneteenth Festival, as they expect another record number of people to attend the June 18 event at Clinton Square.

Juneteenth is a holiday that honors the announcement of the abolition of slavery in the United States. On June 19, 1865, Union soldiers arrived in Galveston, Texas, to read the Emancipation Proclamation — signed by President Abraham Lincoln two and half years before — letting slaves know they were free. Today, many communities with large African-American populations celebrate Juneteenth as a way to honor their history and culture through festivals and other community events.

At this year’s Juneteenth Festival, award-winning R&B and jazz singer Chanté Moore will perform. The festival also will feature a children’s game zone, retail and food vendors, and a health pavilion with representatives from different local agencies.

The Juneteenth Committee Board of Directors hopes to repeat last year’s success, said Kevin Henry, the board’s president and the director of building maintenance and operations in the city of Syracuse. Last year, more than 20,000 people attended the festival, nearly twice the usual number of people.

“We just had a tremendous response from the community from last year,” Henry said. “Pretty much everybody couldn’t wait to get on board for this year’s festival.”

Another key component to the festival’s success is getting all the resources needed to put on the event. Cost of the festival is about $70,000, Henry said. Some of the money comes from community members, local businesses and Onondaga County. 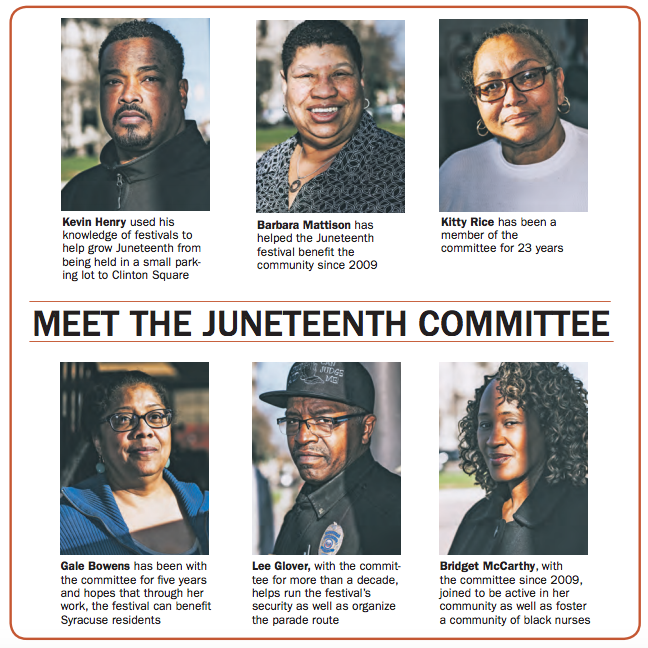 The board also will raise some money from an ancestral dinner to be held at Traditions at The Links at 5 p.m., Friday, May 27. In order to put on the festival, the board members need financial support from not just businesses, but also from Syracusans, said Kitty Rice, who has volunteered with the festival for 25 years.

“(The businesses and government agencies) have been very supportive. However, we still need the support of the community. If every individual that comes out even drops $5 in a hat, it would make the festival much easier to produce,” Rice said. Even if people cannot donate money to the festival, community members can help out in other ways, such as making and printing posters, she added.

Despite the challenges that come from organizing such a large event, the people on the Juneteenth Committee Board say they do enjoy being a part of the event. For Rice, it is an event that includes virtually everyone in the Syracuse community.

“This is one of the very few festivals that happens in Syracuse that includes, or attempts to include, the young people,” she said. “There’s just not a lot for teenagers, and this is the one festival we try to groom … so that there’s something there for everyone. We try to get the entire family to come out.” 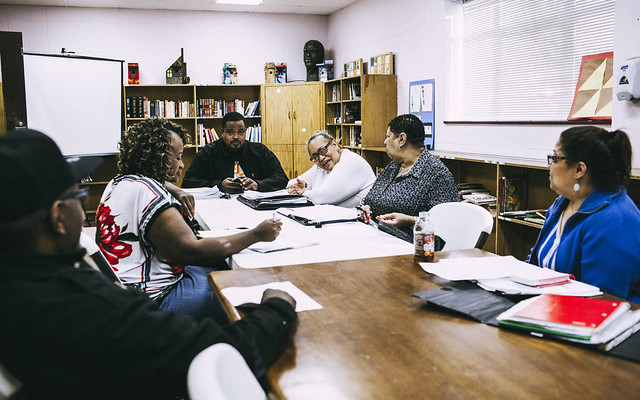 The Juneteenth executive board meets in the Dunbar Center on April 14 to discuss the festival. | Drew Osumi, Staff Photo

The festival also underscores the historical significance of the holiday and Syracuse’s connection to the AfricanAmerican discourse, said Bridget McCarthy, a board member who organizes the health pavilion. Although it might not be part of Syracuse students’ American history lessons, it is still important to remember.

“This is our way of making sure that the future generations are always aware of the history that Syracuse has with the abolition movement and black history in general,” McCarthy said.

Henry echoed similar sentiments, saying that he and the other organizers do not want people to forget why they are coming together in the first place. African-Americans in Syracuse have a lot to be grateful for, including other people who fought for their freedom, he said. Henry says he understands that there were many people before him who made it possible for him to pursue a multitude of opportunities, including his current position as a city official.

“We want to make sure that kids and everyone in our community understand the significance of this day,” he said, “and how we wouldn’t be where we are right now if it weren’t for them.”