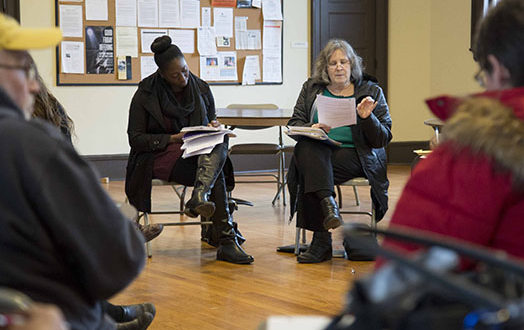 Luchele Chisunka and Nancy Gwin lead the Criminal Justice Task Force meeting. This meeting was focused on Youth in Solitary Confinement and the lawsuit that will hopefully prevent the practice as punishment for children under 17 in the Justice Center. | Dominique Hildebrand, Staff Photo

Attendees discussed the next steps in dealing with this rights’ violation, saying youth solitary confinement is one of the many injustices which contributes to mass criminalization. This Syracuse committee partners with Gamaliel, a network of grassroots, interfaith efforts working to train community and faith leaders to build political power and untie people of diverse faiths and races. 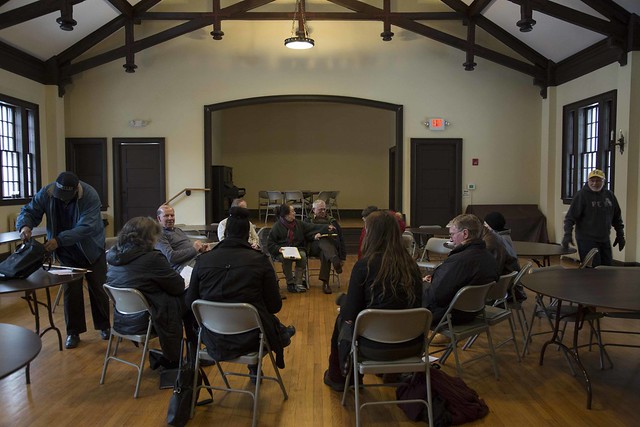 The following day, the group’s Leadership Council convened with social justice activists from around Syracuse. The group also discussed plans for its 2017 Spring Banquet, its Communication and ACTS Community Building Strategy, the Consensus Commission and city-county consolidation and its thematic focus on race, poverty and power.