Over the course of two hours last month, the Alliance of Communities Transforming Syracuse came to a final decision out of three proposed ideas on where to invest their time and energy — in establishing conflict resolution training in the South Side. 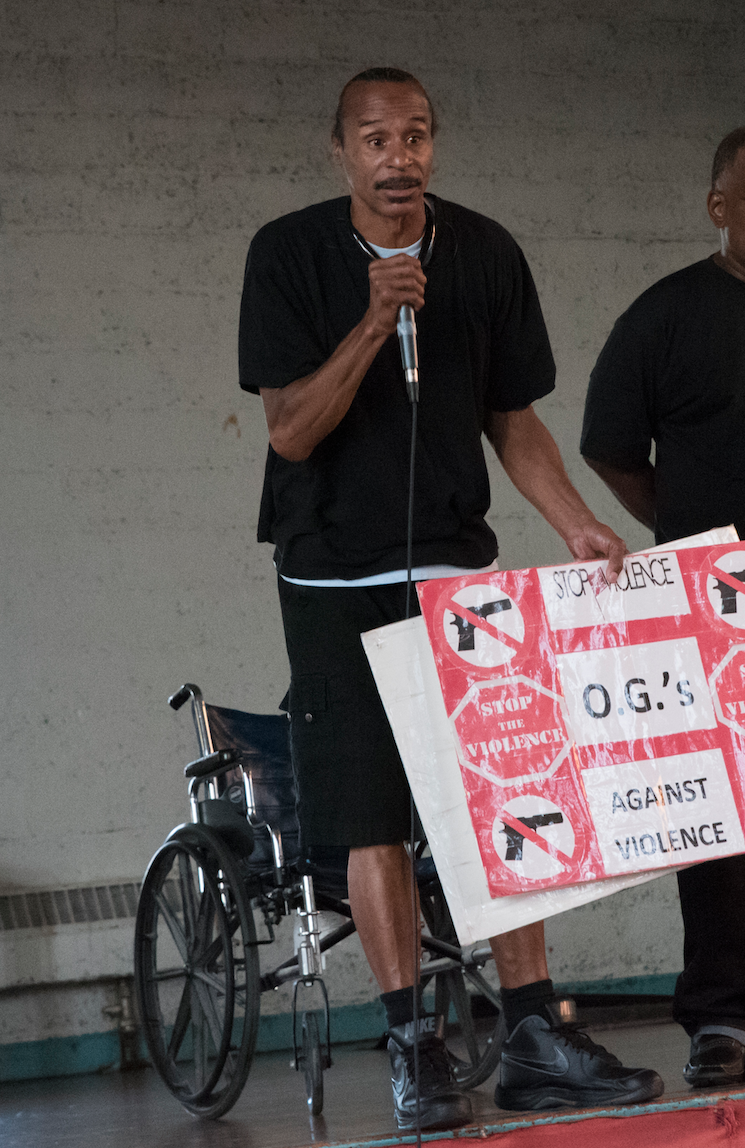 Among the advocates for conflict resolution, N’namdi Shakir-Muhammad spoke out strongly for focus on conflict resolution training. African-Americans — youth especially — have been oppressed for so long that hopelessness is inherited now, he said, and an effort must be made to reverse that.

“Conflict resolution is what they need,” Shakir-Muhammad said. “It’s not about programming — it’s about putting a light back into a human being. Something died in them, that hopelessness is so deep. You can’t bring money to that — you have to get out there and deal with that.”

Mark Cass, executive director of ACTS, worked to mediate the conversation, which took place in the Southwest Community Center at 401 South Ave. The meeting was held for the organization’s Community Violence and Youth Task Force division.

Thirteen attendees compared the three projects at length — each option’s merit was argued fervently. Shakir-Muhammad and Clifford Ryan — both longtime activists who work directly with youth, aged 12 to 25 in advising them against gun violence — voiced caution against focusing on police-community relations. The efforts would be met by challenges from, what he termed, a disconnect between law enforcement and the community.

“We were out and we were right in the middle of stopping some violence and when they came, they busted up the meeting, so to speak,” Ryan said, referring to the police. He added that police “need to give us that lead way — stand down unless you see some criminal activity.”

Ryan, who has dubbed himself an O.G. — an “old gangsta” — against violence, said he felt concerned that police may unknowingly interfere with his efforts to bring an end youth violence. When the police drive by and get out of their cars to see what’s going on, they shatter the connection and trust Ryan said he’s trying to establish with youth.

Earl Arnold, a community member at the meeting, offered another perspective.

Quality and quantity of youth services seemed to be a topic everyone agreed was important, but not important enough to pursue then.

Emmanuel Flowers, the organization’s co-chair who called the meeting to order and kept the group on track, said, “In my honest opinion, we have enough programs.”

As a lead instructor at the Brady Faith Center at 404 South Ave., he said an overlap of programs already exists and would make putting more effort into improving the quality and quantity of youth services a inessential project.

At the end of the deliberation, Flowers offered a thought of his own: that children and young adults, whether 12 or 22, should have a say in their community and be able to advocate for themselves.

“Talk to them and bring them here. They need to be here, we need to bring more of them to the table,” Flowers said. “We want the children to know that they have life.”