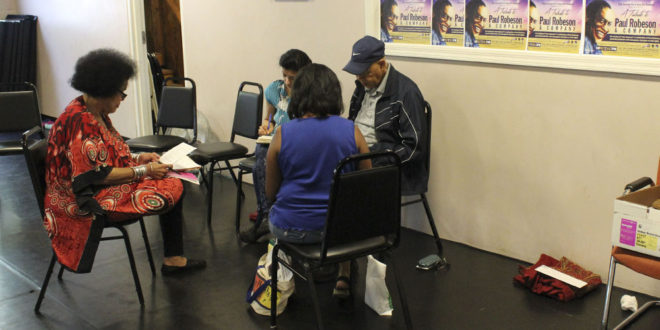 A Tribute to Paul Robeson & Company

For 35 years on the South Side, the theater company named for one of America’s greatest African-American actors still hews to its original mission, its members said — speaking about social issues through art — just as did Paul Robeson, for whom it is named.

The Paul Robeson Performing Arts Company will honor Robeson, a cultural renegade for his artistic accomplishments and courage for social justice, in its production “A Tribute to Paul Robeson & Company.” Hundreds of past and present PRPAC performers will fill the theater Saturday, Oct. 7, at Bellegrove Missionary Baptist Church.

“I’m calling this an ‘edu-tainment’ event because we want folks to know what the name Paul Robeson means,” said Karin Franklin-King, co-producer, director and performer in the tribute. “This is a man who was an international singer, an ambassador, an athlete and an activist for justice.”

Although Robeson had no direct affiliation with the Syracuse area, the company was formed in 1982 to highlight his accomplishments. The company’s volunteers work to provide an avenue for Syracuse artists to share their cultural experiences and develop their talents.

One of the show’s goals is to get local residents to recognize the company still has a platform to celebrate its artists, officials said.

“We want to let people know that our company is still doing plays and musicals and things that represent Roberson and also to give voice to the African-American experience and to all multicultural experiences,” Franklin-King said.

The company also works to find ways to connect with younger artists for fresh ideas and so artist can showcase their talents and experiences, its members said. 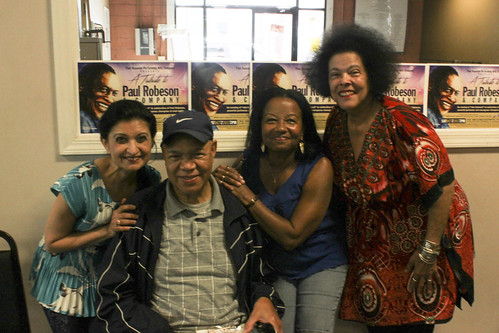 “We want to get the younger kids involved as far as if they feel like they have talents, then we can help nurture them and mature,” said Sam Wynn, one of the company’s musical directors and musicians. “We definitely want kids to know who Paul Robeson was, and how he was an important part of our movement as a black person and as an American.”

Evan Starling-Davis, one of the younger artists performing at the event, said that as a literary arts fellow at Syracuse University in the School of Education’s Department of Reading & Language Arts, he was asked to participate and write a few ideas for an act.

After speaking with the company’s board, Starling-Davis said he came up with a piece for the tribute — a monologue featuring an older Robeson alive in today’s society looking at all the climate of the world.

“He’s one of the most talented people I have ever read about,” said Starling-Davis said, adding that he is able to connect with the late artist because of his activism and perspectives.

His father was an escaped slave, and Robeson used his position in society to pave a path of success for African-Americans. He attended Rutgers University, where he excelled on four sports teams and was a member of Phi Beta Kappa and in debate. Graduating in 1919, Robeson was the valedictorian and went on to earn a law degree at Columbia University.

As an actor, he was best known for his performances in Eugene O-Neill’s “The Emperor Jones,” the Shakespeare tragedy “Othello” and the musical “Show Boat.” Robeson was also known as an international activist, outspoken on racial injustice. Robeson died from a stroke on Jan. 23, 1976 in Philadelphia when he was 77-years-old.

For many years, the company was supported by Syracuse University through its African-American Studies Department. Without that support, putting on shows can be difficult, Franklin-King said.

Since the university ended its support, the company produces shows with help from a partnership with other local performing arts organizations called the Mosaic Collective, as well as support from CNY Arts and the Gifford Foundation.

Former cast member Binaifer Dabu said with community support, the company’s volunteers keep the productions alive. After she auditioned for the company’s 2016 production of “The Colored Museum,” she felt part of the family.

“Immediately, they completely and holistically embraced me,” Dabu said. “They were my new brothers and sisters. It was a very unique and different experience because it took me back to the days in India decades ago as a little girl, when it felt like what true theater of giving should be about.”

That sense of unity and cultural expression is what the PRPAC strives for, Franklin-King said, noting  the 35th anniversary show will highlight the company’s accomplishments.

“We want people to feel as though they’ve learned more about Robeson and the power of being a voice for those who don’t have a voice,” she concluded.

The tribute show will begin at 7 p.m. Saturday, Oct. 7, at Bellegrove Missionary Baptist Church, 219 Martin Luther King E. Blvd.  Tickets are $25 for general admission and $15 for college students and seniors; children under 18 are free.

— Article and photos by Connor Fogel, The Stand staff reporter