A Spooky, But Safe, ‘ol Time

As the doors open to the second floor of Beauchamp Branch Library, groups of families dressed as superheroes, fairies and goblins quickly march through to see what’s waiting for them. One mother has two little hands tightly clutching her, the young boys obviously a combination of excited and nervous about what they’re going to get to do. With stations like face painting, twister and Halloween bingo set up, within seconds the squeals begin and the kids run about. This year, the Halloween Spooktacular provided an outstanding turnout of local South Side residents of all ages, eager to participate in an educational and safe option for a holiday that can often entail unsafe choices. 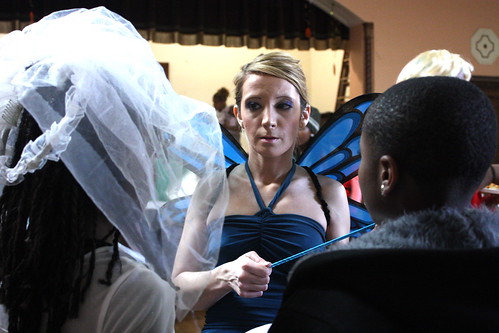 Halloween Spooktacular organizer and library clerk, Christine Richie, speaks to some of the young attendees during the event.

“It’s a safe haven for the kids,” Mark McCoy, a library page at the Beauchamp Branch who was volunteering, said right before the kids rushed in. “They don’t have to worry about danger.”

Christine Richie, one of the library clerks, has spearheaded the event for sometime now. She starts the process a couple months ahead of time to ensure that every detail is covered and that the kids will enjoy themselves. The library’s primary goal is for local youth to find the library so fun they’ll want to come back.

“We hope it’s a place to be safe and hangout so that they don’t have to go to dangerous areas,” she said.

Last year, the Safe Kids organization published a report that found, More than twice as many children are killed in pedestrian and vehicle incidents on Halloween between 4 and 10 p.m., as compared to the same hours on other days throughout the year.” Safe Kids USA is a national system of organizations working together to “prevent unintentional childhood injury, the leading cause of death and disability for children ages 1 to 14.”

Winnie Evans, a retired South Side resident, has brought her 5-year-old grandson Jalen Stewart, dressed in a Spiderman costume, to the event since its commencement.

“Having it at the library means you can attend it without worry because it’s within walking distance,” Evans said. 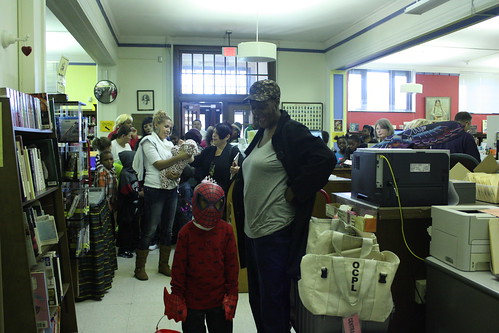 Winnie Evans waits with her grandson Jalen, 5, before the doors are opened.

She also described that the South Side is in need of more educationally driven events. “There’s very little events like these for kids now … they need all the help they can get.”

The annual event is also an opportunity for older kids to help volunteer, some of which have attended the celebration as young children themselves. In fact, much of the stations were run by local South Side students who had taken time out of their day to come help set up and facilitate the younger children.
Katie Hayduke, Beauchamp’s children’s librarian, noted that local youth help to set an example to others. “These are our kids that we rely on,” Hayduke said. “They come here on a daily basis.”

And while the majority of the event included games and prizes, the importance of literacy was not forgotten. One of the stations was a one-per-person free book giveaway led by library volunteer and South Side resident Dianne Cramer. The books were new and spread out across the table that peaked the curiosity of many in attendance.

“There is nothing better than getting kids to read by coming to these events,” Cramer said. As she reorganized some of the books, one young man came up and asked, “Can I have a book?”

Cramer responded, “Everyone can have a book.”

The Halloween Spooktacular, at heart, is an event for kids to come have fun while appreciating the importance of a library and the activities it can offer. Kara Breyette, a South Side mother, brought her daughters Kye, 7, and Amani, 3, for the first time.

“I just want them to enjoy themselves.” 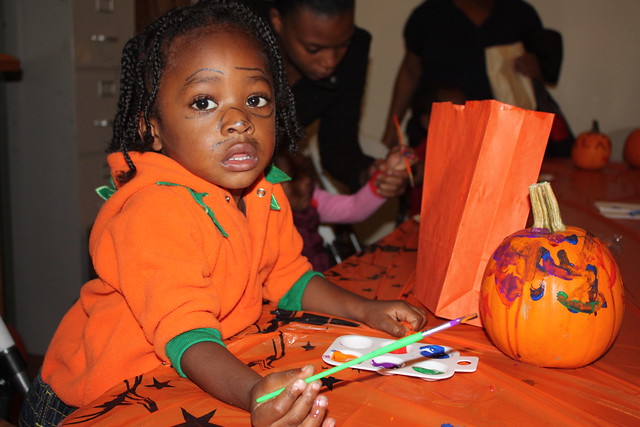 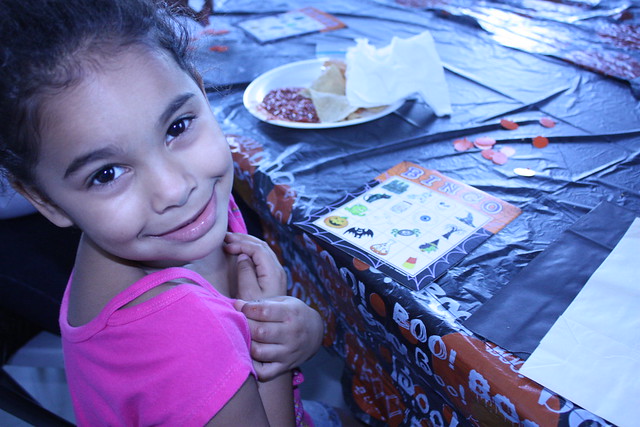 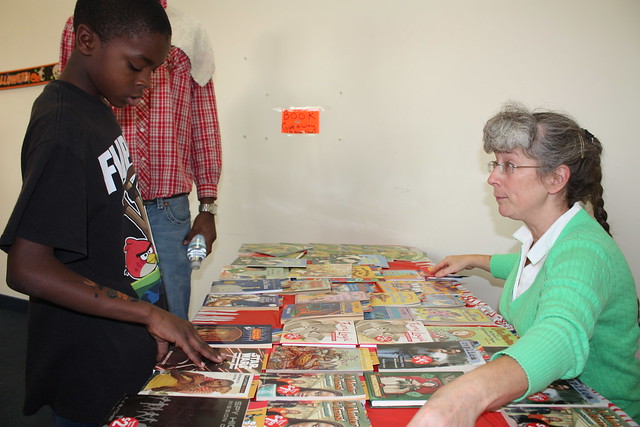 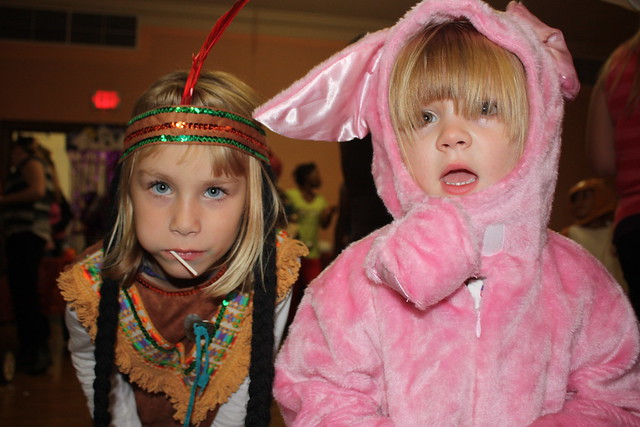