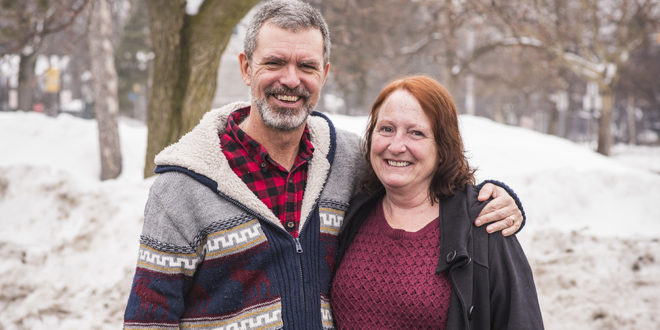 In casual conversation, Nora Kirst often has to clarify that when she’s talking about “her kids” she means the students in her classroom, not her three children.

Married to Syracuse’s own storyteller Sean Kirst and mother to three — Sarah, Seamus and Liam — Nora’s name may only be recognizable if you sat in her classroom over these past 14 years. She made teaching a second career in her 40s, becoming like a second mom to Syracuse’s youngest learners in Elmwood, McKinley-Brighton and now Meachem elementary schools.

Next month, while Sean is honored as the 2018 Wisdom Keeper, bestowed each year to a citizen with a dedicated understanding for the city, Nora must be celebrated as well. “She provides a connection that helps him to do his job,” explained her youngest son, Liam. “They both mutually have given a voice or power to people who sometimes don’t have the ability to do it on their own.” 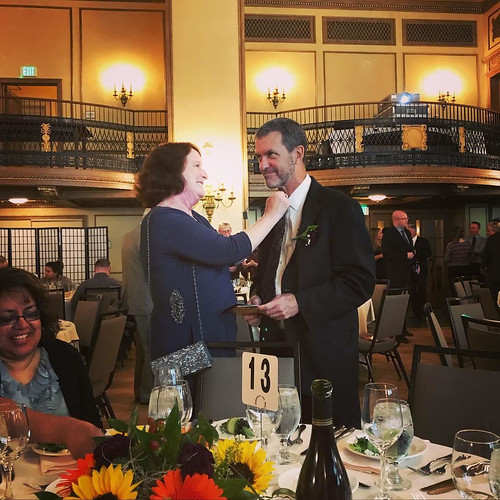 For the upcoming event, Liam, 23, has been the local point person, coordinating details for the evening’s program because Sean spends most of the week in Buffalo. Sean spent nearly 25 years as a columnist for The Post-Standard, leaving the paper in 2015. He now writes for The Buffalo News.

Sean credits his kids as one of the major factors in building connections with city residents he has interviewed over the years. Living in the city and having children enrolled in city schools, Sean says, changed the dynamic in how people interacted with him as a journalist. It built the trust that so many put in him. “Nora, too, played an enormous part of that because she was teaching students in the heart of the city,” he said.

In many instances, she has provided him with an inside look at what he’s written about.

In Sean’s column, “School as sanctuary,” written before the closing of Elmwood Elementary, many of the students interviewed were her former pupils.

The Syracuse City School District Board of Education voted to close Elmwood at the end of the 2011-2012 school year, at the recommendation of then-Superintendent Sharon Contreras. The Post-Standard reported that Contreras said Elmwood should close because the district did not have the resources to improve its chronically poor performance. Closing the school would save $3 million.

In the column, student interviews illustrated just how important that school was, calling it a “sanctuary.” Behind those doors, students had structure, and they had Nora, a teacher who would lovingly ask when they had last eaten, would shove dollars into their hands to buy a warm meal when necessary and would consistently follow up — the next day, week and throughout the years — to ensure they were on the right path.

Sojewicz, who now serves on the school board, remembers what a positive impact Nora had on her students. “Teaching was a natural extension of what she was already doing, and I knew she could do so much more when it was her own classroom,” she said. “While it was a challenge to return to school, she did it to increase the impact she was making on students’ lives.”

This school year, Nora works at Meachem as an AIS — Academic Intervention Services — teacher. In this role, she works one-on-one with students in kindergarten through second grade on their deficits.

Sojewicz remembers Nora as an inherent nurturer who provided students with a steadiness that they were otherwise missing. 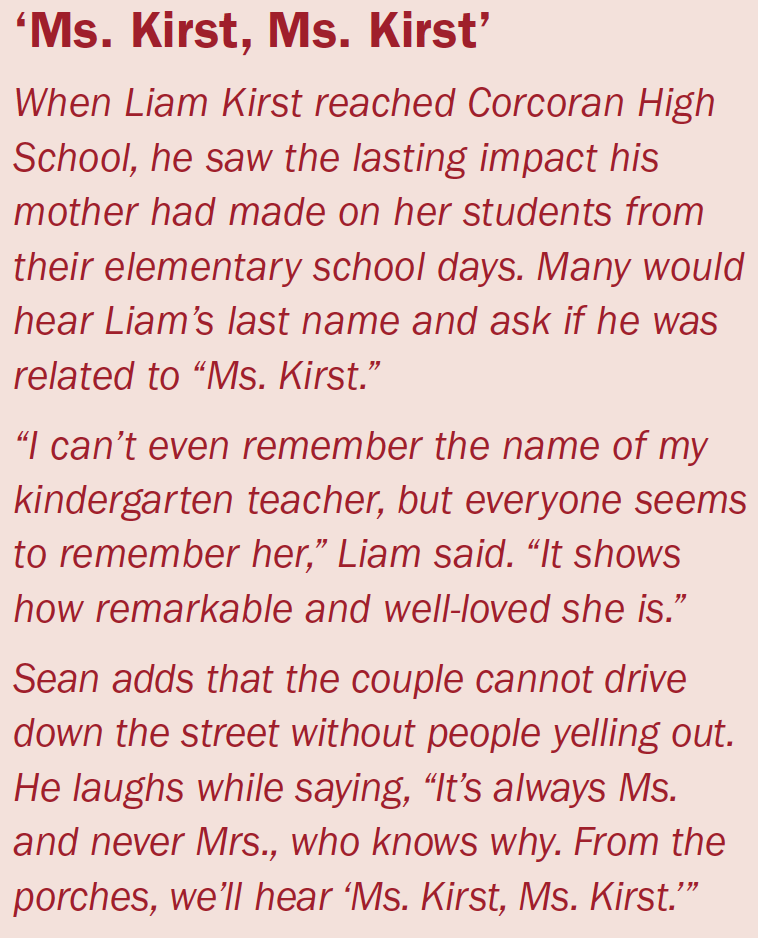 Once in charge of her own classroom, Nora told her students: “If I ever see you standing on the street corner or doing the wrong thing, I’m getting out of my car and coming over to talk to you,” she said. Oftentimes they’d laugh. She’d reassure them: “I’m not kidding.”

While she hasn’t had to do it much, there was one time she felt compelled to pull over. “The only thing that stopped me was that my son Liam was in the car,” she said, noting the boy she recognized was about the same age as him. When she got home, she sent a message through Facebook, saying she wasn’t accusing him of anything, just that she was worried.

“She was mad at him the way she would be mad at me,” Liam explained. “She wasn’t actually angry. She was disappointed and concerned. She believed in his potential and wanted to make sure he was doing well.”

To Morris, Nora was like a second mother. The entire Kirst clan was a second family. “She always treated me like one of her own,” he said.

Morris, now 25, actually wasn’t one of Nora’s students. He remembers her from playing little league with Liam and having Sean as his coach. After every baseball game, the couple would take him and others out to eat. A favorite spot: Arby’s. During lean times for his family, there were gifts.

Today, Morris has a job, a son and is getting by the right way. For the past three years, he has played for the city’s minor league football team, Syracuse Strong, which won the Glory Bowl championship Jan. 20 in New Orleans. He said that besides winning the bowl game, a crowning moment in his life was receiving his very first jersey from the Kirst family one Christmas. “Not only because it was my first jersey, but of my favorite basketball player — Carmelo Anthony when he played for SU.” Even though it no longer fits him, it remains precious. It has been handed down to his son, Rameir. At 5 years old, the preschooler can’t yet wear it, but will grow to learn its significance.

“They all accepted and loved me from day one,” Morris said about the entire family. “Not one family member ever judged me. I was treated like family, always.”

In their youth, the three Kirst children could tell their parents did more than most, but Seamus, now 27, said he didn’t realize to what degree until he got older.

“In the classroom, my mom would hear kids say they wanted to play baseball.” While he and his brother could just ask their parents to sign up, he knows it wasn’t so easy for other city students. To join and play requires money and a car to get to practice and games. Seamus said while there are many who understand systemic inequalities, what was so special about his parents is that they didn’t just talk about how unfair things were. “My mom saw that these kids wanted to play, but couldn’t, so asked herself how can we fix that,” he said.

Along with Sean — and a host of other dedicated volunteers with the then-Southside American Little League — city children were recruited directly from their classrooms. Sean would visit, tell them if they wanted to play, they could — even if their parents couldn’t afford the fee. Once the kids were signed up, the couple provided rides to and from games, bought a glove if one was needed and took players out to eat. “Some days, I even dragged them out of bed,” Sean added with a laugh.

Each Halloween, generations of students flock to the Kirst house — more so to say hi to Nora than to trick or treat. “I look forward to Halloween so much,” Nora said. “I practically run over my family because I don’t want to miss greeting anyone.”

And Nora ensures the family is prepared. “We buy hundreds and hundreds of candy bars,” she said. “Sean just laughs at me, but I refuse to run out.”

For years, Sarah, now 28, was in charge of decorating the house with lights and spider webs, instructed by her mother to make it kid-friendly. “She never wanted it to look scary, just fun,” Sarah said. While the three were still in school, the family would also host an annual party. Each year saw a mix of Sarah’s and the boys’ friends, every player from the little league team and children of every age from the neighborhood. “We would play tag and scary games in the yard, drink punch out of a giant skull bowl and blast ‘Cha Cha Slide’ by DJ Casper while we danced around the living room,” Sarah recalled.

The family’s open-door policy extended all 365 days of the year. Everyone was always welcome at their house growing up and still are to this day, all three children say.

“My parents were almost like everyone’s parent on our little dead-end street,” Sarah said. Their house, set back behind Roberts and Corcoran schools, welcomed neighborhood kids as early as 7 a.m. to grab breakfast and as late into the evening as needed. Their children remember kids seemed to always be running in and out of the house. “If we didn’t know who they were,” Sarah said, “we got to know them, and they became family.”

In Syracuse, which many see and describe as a segregated city, Liam says he thinks his parents have both been able — in a profound way — to cross these invisible barriers.