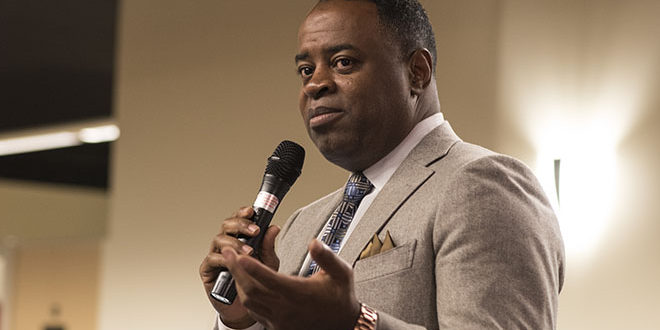 A Plan for the South Side

The South Side neighborhood finally has a comprehensive plan to look to for its future — though it has yet to be released.

Southern Compass, a five-year plan for the South Side, examines the individual character and charm of the area’s six neighborhoods by providing a unique look at the makeup of each in order for the city and potential private developers to make the most of each areas’ assets. It can also serve as a guide for residents and local nonprofit groups to tackle each neighborhood’s specific challenges, the creators say.

On Jan. 8, Tomorrow’s Neighborhoods Today (TNT) Area 3 Southside group presented its plan to city stakeholders and residents. More than 18 months in the making, the report strives to spotlight the neighborhood’s potential rather than offer another stark look at the South Side’s rate of poverty or crime.

“We made a specific point of not making this a poverty report,” said presenter Vaughn Irons during the morning stakeholder presentation. 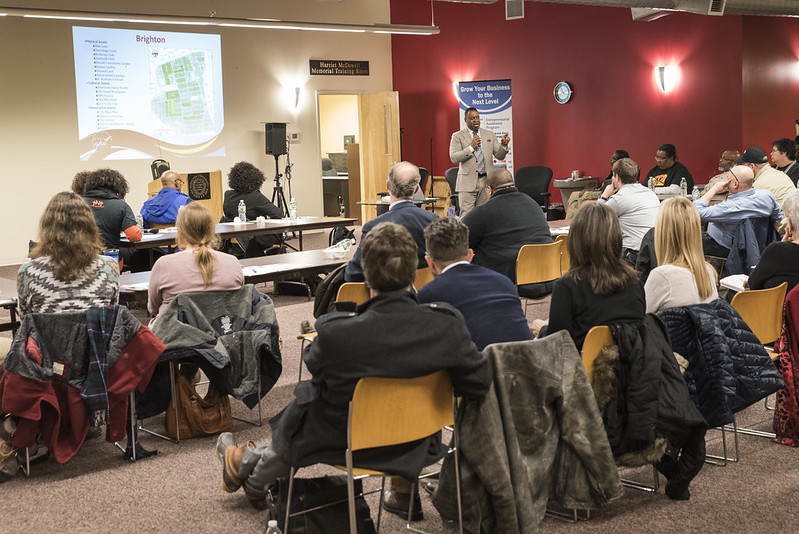 But in the following three months, copies of the study haven’t been made available. In March a link was shared with a few people showing the first 24 pages. Now a form has been added to the report webpage to collect names and contact information from residents who want to be notified once the report is released. During the March 5 Southside TNT meeting, it was announced copies would be provided for $75 each, but no information was given — including to the city’s TNT coordinator — on how to pay. By this printing, creators of the report said updates will come in May. The webpage does not mention a fee; it includes the 24-page preview.

“We were told that the report, which is over one hundred pages long, is too large to upload in full and will be shared in chunks,” said Tina Zagyva, TNT coordinator for the city on why a digital version is not available on the internet. Additionally, Stephanie Pasquale, commissioner of the city’s Department of Neighborhood and Development, said at a March 13 Syracuse United Neighbors meeting that the city has not been able to receive a copy of the study.

Irons is CEO of APD Solutions, a neighborhood revitalization and development firm based out of Atlanta, who was hired to write the report using input from local residents, business owners and city officials — along with real-estate data his company could access. He is also a native of the South Side who grew up at 253 W. Lafayette Ave., graduated from Corcoran High School and went on to attend Syracuse University.

Camille Coakley, who is an active participant in TNT and serves as director of Real Estate and Development at APD Solutions, said in a phone call March 15 that the report is ready to be released but APD is waiting for final approval from TNT members.

Irons says the plan took into account more than 140 data points on each profiled South Side neighborhood. These include: Brighton, Elmwood, Southside, Southwest, Strathmore and Winkworth. Syracuse’s Eastwood was included, as well, to be used as a benchmark neighborhood for comparison purposes.

In order to write the plan with resident feedback, Irons and members of TNT began holding public workshops in 2016, collected completed surveys by 165 residents and/or local business owners, met three times with a 15-member governance team and conducted just over 30 stakeholder interviews.

“Some of the things we discovered are a little provocative,” Irons noted in his introduction of the report.

Results some attendees found surprising included how clusters of vacant housing appear along green spaces in five out of the six identified neighborhoods. Also, the plan’s land use analysis showed a limited number of land parcels zoned for businesses. “This limits the tax base, putting the burden on residential owners,” Irons said. When he noted an even greater drain on taxable properties is the high number of churches — listed at 59 based on the report’s data — residing on these parcels, the crowd audibly shared their agreement. 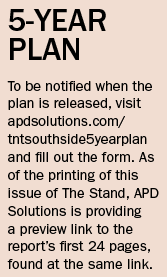 “The state has to stop granting these tax exemptions to every little church,” commented Helen Hudson, Common Council president, on the limited tax base found in the South Side. “Nonprofits are eating up the tax base,” added Khalid Bey, now At-Large Councilor. He said this report shows the reckless use of land parcels and the need for the city to reevaluate.

One irony in the report is that interviewed stakeholders listed the area’s top assets as the community’s parks, but when mapped, the highest number of vacant houses surrounded such green spaces.

Irons noted that in the past, each park was maintained not only by the city, but also by an active group of residents. “In these parks’ heyday, all had individual parks associations run by residents,” he said. “If government is doing it alone, you get the results we see now. So, it is important for civic engagement and for residents to step up and get involved.”