Over the years, Syracuse has enjoyed its share of traditional quartet-style gospel singing groups, including the Davis Sisters, Five to Life, The Flying Eagles and Foundation. But none has endured the test of time like The Bells of Harmony or the Pilgrim Gospel Singers. 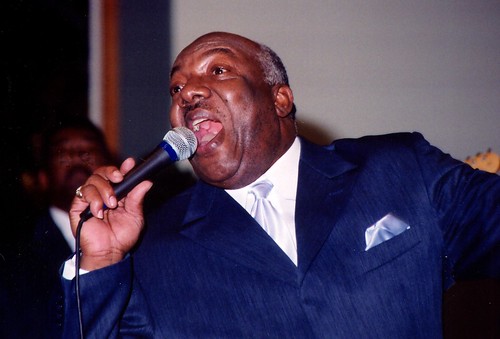 Charles Cannon has been a local legend since moving from Georgia. -- Photo provided by The Bells of Harmony

Charles Cannon, 65, of The Bells of Harmony, first started singing with his group as a young boy in Randolph, Ga. The group consisted of his brother Homer Cannon (deceased) and his cousins Otis (deceased), Ben and Eugene Starling. They would sing at churches and other venues.

After leaving Georgia in 1964 and heading to Syracuse, Charles Cannon landed a job at General Motors. He re-formed the group here and worked at GM for more than 30 years while raising his family and building a legacy with The Bells of Harmony. He also started a radio program with his cousin Otis called the C&O Gospel Hour — now called the Charles Cannon Gospel Hour. The program has been running for 35 years on WSIV-AM 1540 from 2:30 to 6:30 p.m.

The Bells of Harmony has recorded four CDs of original and traditional gospel songs. One of them, a local favorite, is called “The Lord Will Make a Way.” The current group consists of longtime members and sidemen Howard Wright, Floyd Hodge, John Carter and Glen McArthur. Newer members and sidemen are Charles’ and Howard’s sons Keith, Kelvin and Kennedy Cannon and Jaquan Wright. Keith’s son “JJ” Cannon, a multi-instrumentalist, performs with them on occasion.

I asked Charles Cannon about his secret to maintaining a successful musical organization for such a long time. “Take care of business” is his advice.

“The group has to be able to sustain itself,” he continued. “You can never allow the needs of the group to take food away from your family’s table. And the way to do that is to take care of business.” 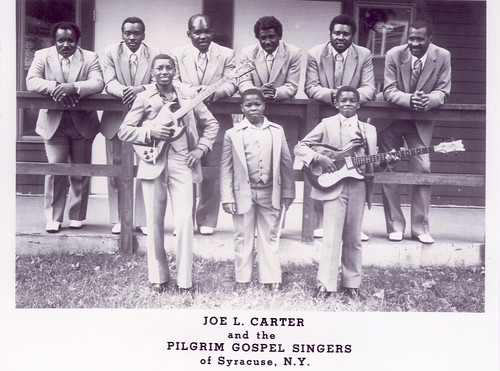 Carter’s advice: “[You’ve] got to have a strong desire. There will be a lot of highs and lows, but you have to have the desire to get beyond the low points.”

Carter, too, began in Georgia with family members singing with his group. He is from Hawkinsville, Ga., which is about 95 miles northeast of Cannon’s hometown. It is also about 35 miles south of Macon, Ga. Macon is where the Georgia Music Hall of Fame is located. It also is the hometown and onetime musical home base of Randi Crawford, Little Richard and other soulful singers like Otis Redding.

The soulful sounds that Cannon and Carter have brought to Syracuse are the real deal. 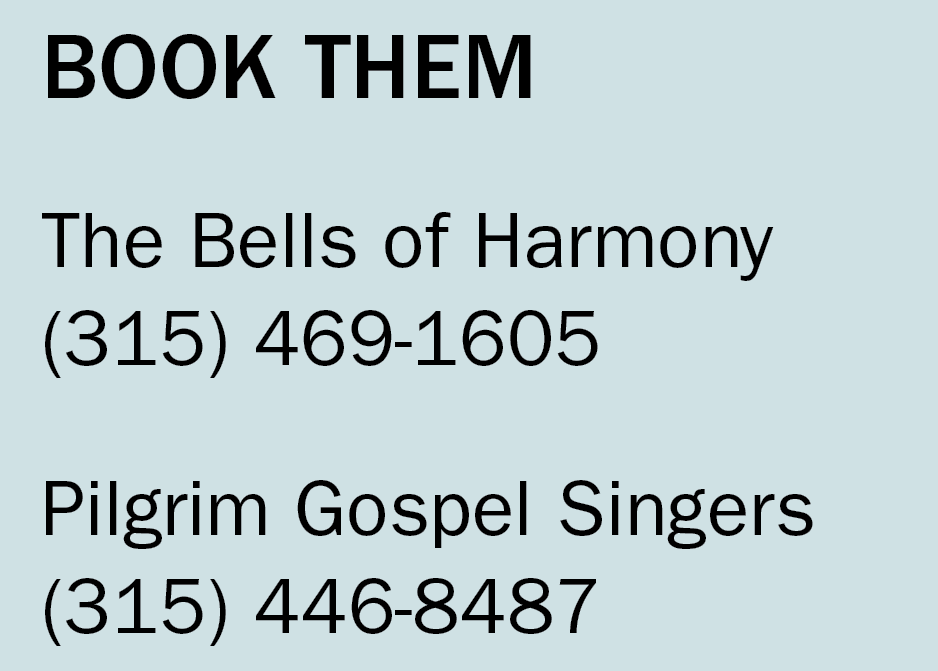 Over the past 42 years, members of the Pilgrim Gospel Singers have shared their flavor of gospel music with audiences across the northeast. They have recorded numerous 45s, LPs, cassettes and CDs. Their most recent album, “We Need More Love,” was recorded live at Living Waters Church of God in Christ. Joe Carter’s older brother, Elder Nebraski Carter, is the pastor there.

Carter’s group has gone through some changes over the years with the untimely deaths of his brothers and other members. Like Cannon, though, Carter has built a musical legacy through his strong desire. Now retired after working for 38 years in the foundry at the Frazer & Jones Company, Carter shares his legacy with younger family members who sometimes perform with his group.

Both gentlemen shared with me that they loved music of all types, although neither has ventured outside of gospel music professionally. I believe that is the reason for their longevity and success: They have remained true to themselves. Although their membership has changed over the years, their sound has remained the same. It is still the authentic and original sound they brought here from Georgia in the 1960s.

– A Friendly Five is created and coordinated by Reggie Seigler to highlight the music and history of Syracuse’s South Side music scene. If you are a local musician and have an idea for a future column,
contact Reggie at reggie@softspokenband.com or call (315) 479-9620