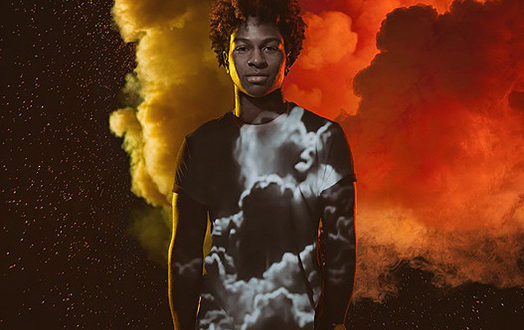 Tanksley members count on their good chemistry to keep performing

When I finally caught up to him, it didn’t surprise me that he was in the studio. Where else might you expect to find someone who says he’s written nearly 400 songs at only 21 years of age?

Justin Tanksley, or just Tanksley, as he prefers to be called professionally, is a singer/songwriter we should get to know now so that one day we can all say, “I knew him way back when.”

His talent and look combine with all the necessary characteristics to become a big star. With desire, motivation and good management, I think he can make it.

Nancy Kelly has worked with him for some time now. “Tanksley is just overflowing with talent,” she said.

Ronnie Leigh agrees. “Tanksley has a good voice and a lot of potential. I worked with him for a while when he was still in high school.”

Nancy is working with him now to further develop his writing skills, which in turn will improve his lyric writing. “I want him to learn to use his voice as an instrument to tell a story within the songs he writes,” she said.

She also taught him some of the technical aspects of vocalizing, such as proper positioning of the voice to achieve power and resonance when singing. “He needs to learn all the rules, so when he wants to break them, he can break them with style,” she said, laughing.

Both Nancy and Ronnie speak from more than 40 years of professional experience as vocalists and instructors. Nancy was twice named “Best Female Jazz Vocalist” in Downbeat Magazine’s reader poll.

My first opportunity to observe Tanksley’s talent up close was about three or four years ago while I was doing my annual sound gig at the Great New York State Fair. He performed at the Pan African Village stage as a singer/guitarist, accompanied by backing tracks and a couple of school-age background singers. I recognized then that he had some potential, but I didn’t know how serious he was about his music until he brought in a full band earlier this year.

His band, which is also called Tanksley, consisted of a couple of other young musicians I had known from previous encounters on the same stage. To see them all working together blew me away. They draw from the repertoires of Prince, John Legend, Jimi Hendrix and others while seamlessly infusing Tanksley’s original songs into the mix.

Tanksley’s throaty vocal tone blended with his clear and nearly pitch-perfect falsetto to breathe new life into each cover song he performed — making them as original as the ones he had written. He also switched back and forth from playing guitar to the keyboards.

The band’s arrangements were creative, too. They are “totally Tanksley’s,” said drummer Trenell “Tre” Reid. “Tanksley’s personality is a little different, but all of us have an individual weirdness about us that works together to form our chemistry,” Tre said. “Tanksley, however, is extremely creative, and he comes up with stuff that is out of this world.”

At 21, Tre is another veteran of the Pan African Village stage. He has performed there for a number of years with his father in the Jeff Houston Experience and with his father’s own group, Burnell Reid and United Praise. Such opportunities helped him to establish his reputation in the area as a solid drummer while he was still a teenager.

Billy Harrison is another veteran of the stage. As with Tanksley, Billy’s role in the band is that of a multitasker. Recently he tastefully rotated his duties back and forth between the bass guitar and the keyboard as the music called for it. Sometimes he’d even play both instruments at the same time or separately within one song.

At 28 years old, Billy is the elder statesman of the group. “He is the one who helped pull all the musicians together,” Tre said. The group had been practicing for a little while and getting tight when Billy brought up the idea of adding another member.

He told them about Nick DiMario, a 19-year-old who plays the trumpet. Billy thought Nick would add another element to the music, so the band decided to give him a shot. “Nick fit in right from the very first note,” Tanksley said.

Tre noted, “It’s like chemistry when you put certain elements together — they always have the same reaction.”

The group is counting on that chemistry to work because a couple of the members have moved away, placing the band on hold for now.

Tre recently began his formal education at the Musician’s Institute in Los Angeles and was named the 2017 winner of the Evans Drum Head Scholarship there. Nick, the youngest member, has returned to Manhattan School of Music for his sophomore year. Both want to keep in touch and record music through technology.

Crystal Tanksley, Tanksley’s mother and manager, has been the silent force behind much of his success, he said.

“She is the one who books all the gigs, tells everyone where they need to be and what time to be there,” Tanksley said. “She manages the website, promotes the band and everything else.”

Crystal was responsible for Tanksley’s chance-of-a-lifetime opening performance for Lalah Hathaway at Syracuse University in September. She is also working on an opportunity for him to tour Spain. The details haven’t been worked out yet, but Tanksley hopes the entire band can participate.

If you can’t make it to Spain, he anticipates playing at local restaurants and other establishments soon.