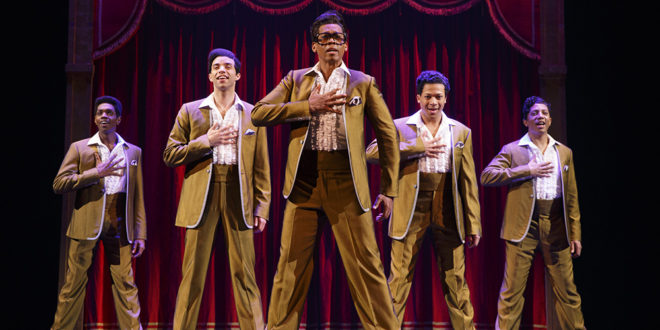 The Temptations in "Motown the Musical." Photo Provided by Joan Marcus

‘Motown the Musical’ coming to Syracuse

The good people of Syracuse don’t have to travel to NY City anymore to see a Broadway show. Actually, we haven’t had to in a while since the expansion of the Landmark Theater’s stage back in 2011. Since then the theater has  brought a few really good shows, but coming next week, they’ll be presenting a show that I and many other regular readers of this column have been waiting for — “Motown the Musical.”

“Motown the Musical” will be here for eight showings beginning Tuesday, May 16, and running through Sunday, May 21.

Shows begin at 7:30 p.m. on Tuesday, Wednesday and Thursday, and 8 p.m. on Friday. There are two showings each Saturday and Sunday, beginning at 2 and 8 p.m. and 1 and 6:30 p.m., respectively. The show’s length is about 2.5 hours with intermission.

It is a musical journey about the life of Motown’s founder and visionary Barry Gordy.  It talks about his brief career as a boxer, his vision to birth Motown and how he groomed its artists. It also delves a little into his love affair with Diana Ross. 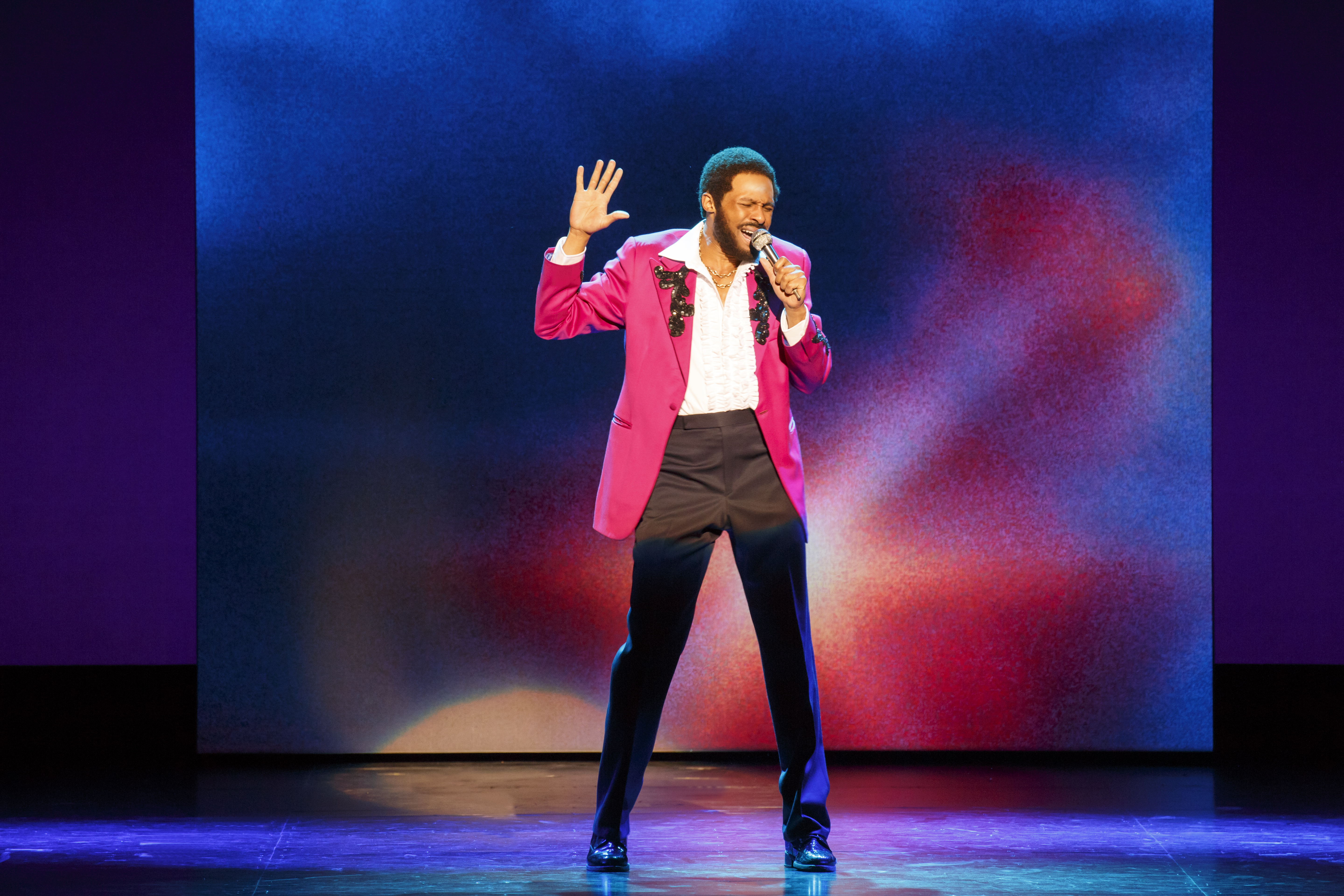 Although the show is mostly about Gordy’s journey, it also shines a light on other key figures within the Motown family.  I had the chance to speak with Jarran Muse.  Jarran (pronounced Jaren, and rhymes with Karen), is one of the principal actors in the show. He plays the Marvin Gaye character. Jarran began performing in the show while it was still on Broadway and has traveled with it since 2014. I asked him how he prepared himself to play such a legendary icon as Marvin Gaye.

Marvin was not only a great singer-songwriter but a visionary himself who brought a new consciousness to popular music.  “I learned some things through doing the show,” Jarran said, “but I also did some research and read some things about him.” It turns out that Jarran and I had both read the same book, “Divided Soul – The life of Marvin Gaye,” by David Ritz.

Having read the book didn’t make me a Marvin Gaye scholar, however, it did help me to understand that Marvin was a man who like the character in one of his hit songs, “Trouble Man,” struggled with much insecurity despite his professional persona of being a strong ladies’ man with deep worldly insights. Marvin was the divided soul whom David Ritz wrote about, and it would take the whole play and then some just to begin to unravel his complexities. So I understood where Jarran was coming from when he said, “The play will present a little bit of Marvin Gaye the man as well as Marvin the singer, but it will only scratch the surface of who he really was.” Jarran went on to add: “My physical stature and singing voice are also a lot similar to Marvin’s. That makes it somewhat easier, but it’s still challenging.”

Jarran mentioned that the tour’s schedule can sometimes be grueling. Most of the time, performers only have about one day off between shows and that day is usually spent flying to the next city. “That type of schedule can be especially tough on the child-actors and the actors with families. Some will often times bring their families along with them for parts of the tour,” he said. “Because of child labor laws, children can only work so many hours/days so there are actually two kids on the tour that portray the young Michael Jackson and Stevie Wonder characters. The kids always travel with a full-time tutor and one or both of their parents.” The cast will be arriving in Syracuse on Monday coming in from their show n Grand Rapids, Michigan.

Jarran has done six tours. Over those tours he has seen many changes in the cast. But the cast for next week’s show, he claims, “is definitely one of the best.” 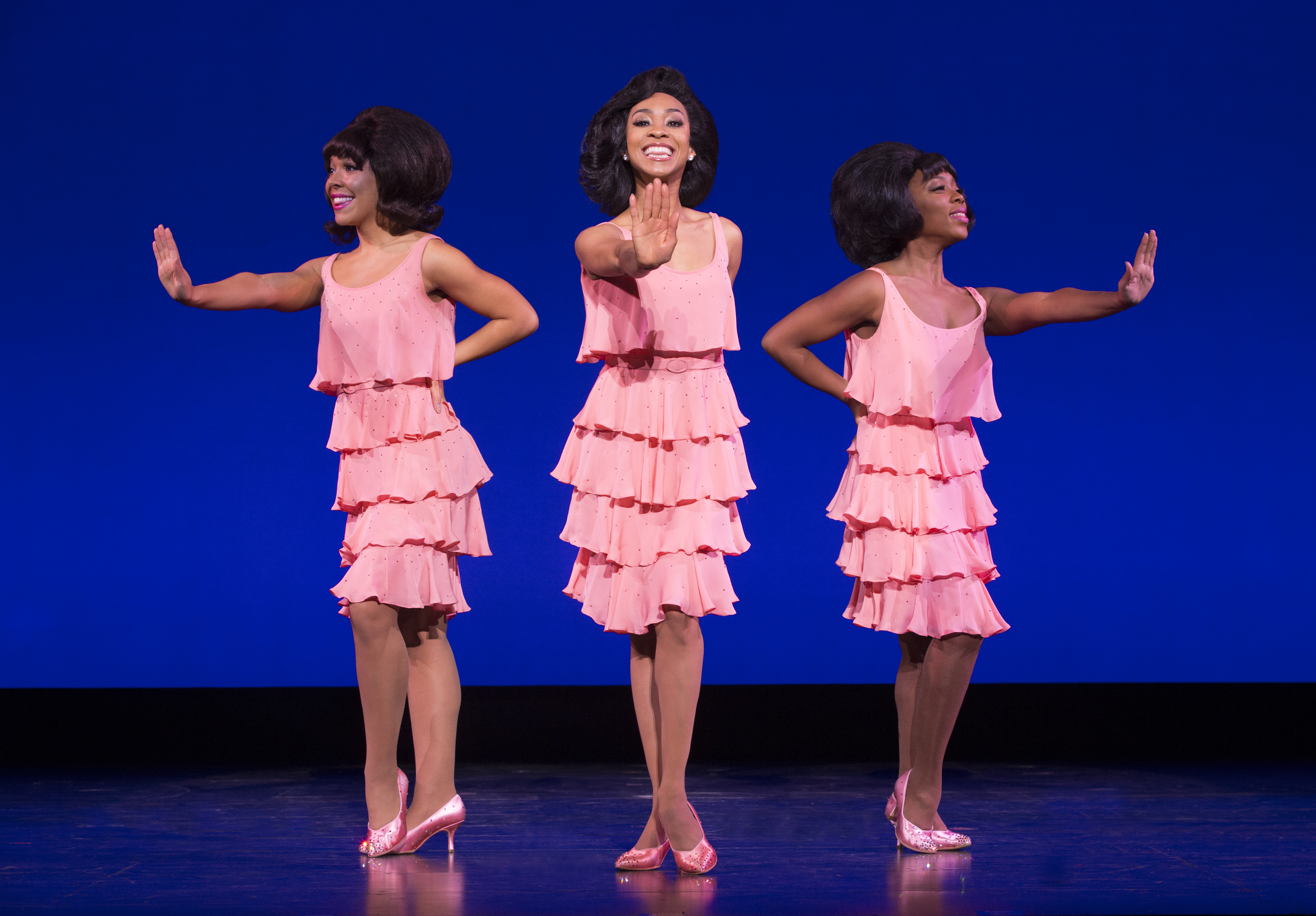 One of those injections of fresh energy to the cast has been that in the spirit of Gabriella Whiting.  Gabriella is from Skaneateles, NY.  She is the niece of local saxophonist/vocalist Joe Whiting. Gabriella portrays two characters in the show. One of her parts is that of Suzanne De’Passe.  De’Passe was one of Barry Gordy’s long-standing assistants. The other character is that of Florence Ballard. Ballard was one of the founding members of Motown’s premiere group, the Supremes.

Jarran says that the audience should be prepared to learn a little bit about the history of Motown.  It is a live show with a full band and all of the vocal performances are live.

The tickets are available at the Landmark Box office or www.ticketmaster.com. For those purchasing a ticket on Ticket Master there is a special offer code  that provides a 10% discount. The code is “music.”