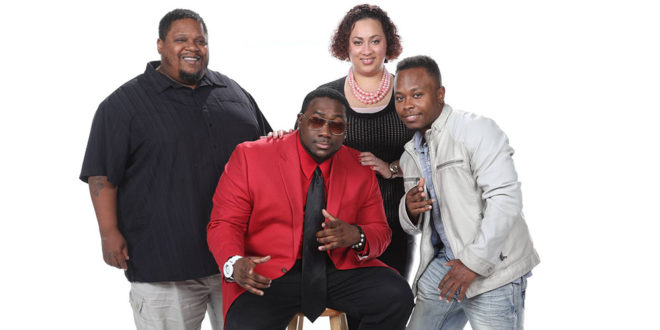 The SAMMY Award-winning band Brownskin is celebrating its 10th anniversary in 2017, and bandleader Nathaniel “Nate” Brown is excited about the future.

The band has been around since 2007. “Since then, like a lot of things, we have evolved,” Nate said. “Back then, an early working version of the band consisted of Joe Cummings, Jonathan Dale, Gary Carter and me.” 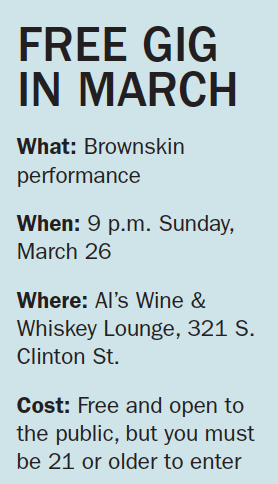 Nate said the band’s name, Brownskin, just came to him. “I had been trying to think of a creative way to use my name in the band’s name. Then I thought, ‘Hmm, my last name is Brown and I play the drums, which are sometimes called skins, so why not put them together – Brownskin.’ That’s how the name was born.”

Many people who knew them back then may have thought that the name was created because all of the players were African-Americans. But, as Nate explained, that wasn’t the case.

The band’s current lineup is racially diverse. It is something that appeals widely in today’s society. Nate and his bandmates are very in tune with that. Their diversity has also brought a new element to the band’s sound.

Nate wants to preserve that sound, so they are working on some originals with hopes to record soon.

Brownskin has a few gigs booked over the next couple of months. If you want to catch them this month, they are performing at Al’s Wine & Whiskey Lounge on March 26. Local organization JAMS (Joined Artists Musicians & Singers, Inc.) is hosting them. The JAMS organization strives to provide platforms for local artists to showcase themselves.