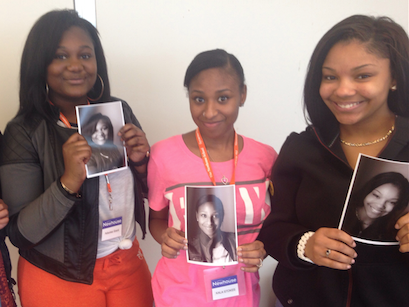 Twelve high school juniors in the Media Track at Institute of Technology at Syracuse Central spent a day at the Newhouse School last month to see whether they are Newhouse ready” and to get energized about a future in journalism. 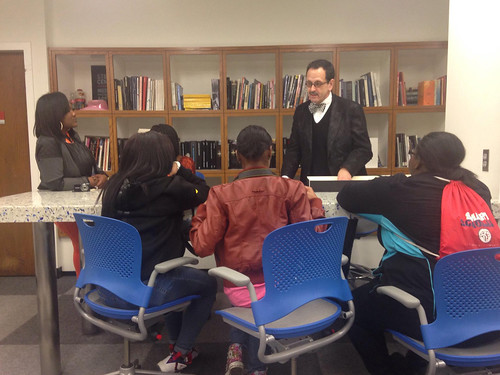 Professor Steve Davis, chair of the Department of Newspaper and Online Journalism and founder of The Stand, created Journalism Day as a way for the students at Syracuse City School District’s technical institute to engage with the journalism program only a few blocks away.

Along with their media teachers — Jeffrey Newell and Nick Lisi — students toured Newhouse on March 7 and met with Newhouse Ambassadors. Current undergraduates who serve as ambassadors are models for prospective students, especially those who are members of underrepresented racial and ethnic groups.

After the tour, students split into two groups with the option of visiting Newhouse’s broadcast studio with Chris Tuohey, chair of Broadcast and Digital Journalism, or the school’s photography studio with Gregory Heisler. He is best known for his portrait photography, including more than 50 Time magazine covers. During both visits, students were able to get in front of cameras, either anchoring a newscast or serving as portrait models for Heisler. 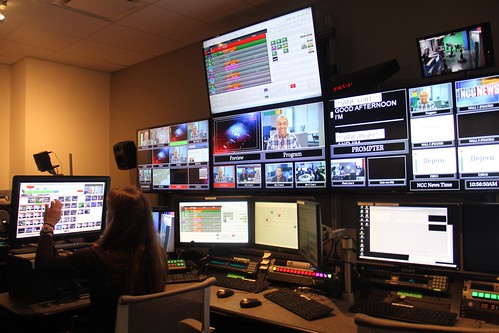 High school juniors in the Media Track at Institute of Technology at Syracuse Central spent a day at the Newhouse School on March 7. | Photo provided by Zau N-Hkum

Before lunch, the two groups came together and shared what they had learned. Next students met with Ashley Kang, director of The Stand, to hear about ways they can contribute to our community newspaper and website. Past published work by ITC students was shown and discussed to encourage them to get involved. Zau Nhkum volunteered on the spot and received an assignment the next day. (See his portrait of this month’s featured father here.)

During lunch, Dean Lorraine Branham spent an hour with students describing all of the programs that Newhouse offers and answering their questions. As students introduced themselves, she asked what fields they were interested in, and most of them said photography after meeting Heisler.

Before concluding their visit, students sat in on a session of Diversity and Media with professor Charisse L’Pree to observe a college-level course. 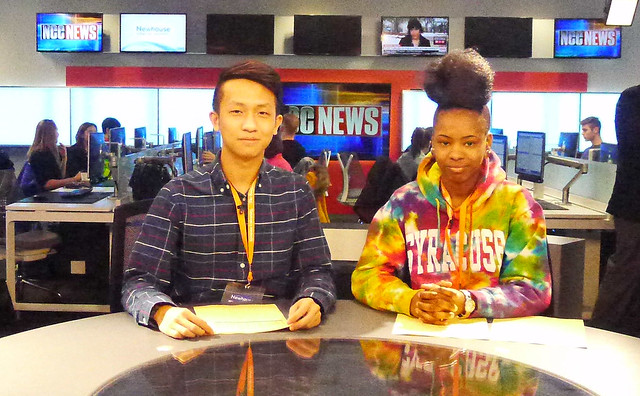 DEJANERA SHARP
“This field trip has inspired me for college because I now know how
it feels to be in a college class and how professors may teach.”

EMANI ADAMS
“Greg Heisler was a great man to meet, and his career inspired me to become a
photographer because he met a lot of famous people and traveled to a lot of places.”

JAYLA GARCEAU
“We got a chance to record in the broadcasting studio as an anchor
and to run the teleprompter.”

KALA STOKES
“Meeting with Dean Branham gave me a chance to explain my passion with media.”

MALIK CLARKE
“Knowing that all the equipment at Newhouse is the exact same as the
equipment I use every day is very reassuring.”

DEANNA HAWKINS
“The programs and equipment at Newhouse and at our school are similar in many ways
like setup, soundboard, editing software and mics plus cameras for photo and videos.”

MARCUS JACOBS
“Newhouse is very professional and unique, and it made you feel like it was a whole community. This trip inspired me to pursue more into digital design and to make video games.”

MIKEM SIMPSON
“It was great to see a real college classroom and experience
it as a student and not just an observer.”

ZAU NHKUM
“The Dean of Newhouse, Dean Branham, was nice enough to take the
time to talk with us and answer any questions that we had.”

RODJON ROBINSON
“This field trip inspired me to pursue a college degree to be successful.”

ADASTEE GRANT
“I got the chance to meet Greg Heisler. He helped me figure out what
I want to do with my career and what I want to study.”