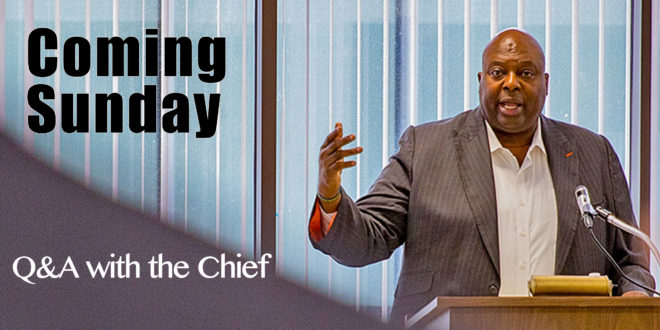 Kenton Buckner was sworn in Dec. 3, 2018, as Syracuse’s new chief of police. Buckner, who turned 50 on Feb. 2, sat down with the founder of The Stand, now-retired Syracuse University professor emeritus Steve Davis, at the end of February for a nearly two-hour interview.

Buckner’s exclusive interview will be revealed over the next month in a four-part series, starting Sunday, March 17.

In the interview, Buckner discusses: