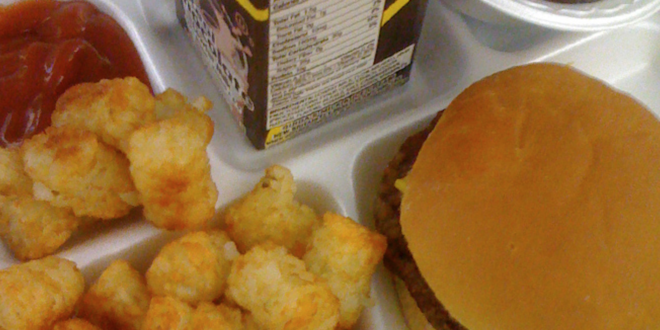 The classic lunch proves to be out of fashion. | Image provided by Creative Commons

Throughout this school year, Syracuse City School District students will likely see a world of changes during their lunch breaks.

Burmese coconut curry and Mexican meatballs over rice and beans are likely candidates for these non-traditional lunches that will be offered. Cafeteria-goers may be excited but hardly surprised—after all, students recommended these very changes.

The new school menus result from a 2018 survey, conducted by the Youth Council and Food Committee, a group under the authority of the Alliance of Communities Transforming Syracuse (ACTS). Fifty high school students along with two faculty advisors, belong to the committee, which surveyed 1,267 students from all five city high schools using a questionnaire that asked about food preferences and eating behavior during the school day.

“We found that people wanted the food they have at home, but they also wanted new things,” said Dom Donnay, committee co-chair. “The school district is mostly African-American, but the most-wanted food was Chinese, with the second-most being soul food,” he said.

Italian, Puerto Rican and Mexican foods rounded out the list, in that order. Students cited rice and beans as their most-requested single food item. The survey, together with one taken in 2016, indicated that concerns about school food and local violence ran high among students.

The committee wanted to get students talking about both concerns.

“We tried to find a way to get violence and food at the same time, so we thought it’d be smart to create conversations to stop the violence while also bringing diverse food into it,” said Dahabo Farah, the committee’s public relations manager.

Farah, who graduated from Nottingham High School in 2015, said she witnessed bullying and violence while she was a student. She saw arguments begin when students would disagree about their differences.

“Some of the fights stem from someone saying, ‘I’m different than you,’ and we think the experience of trying new food together will do something to help combat that,” Farah said.

Thus, the Youth Council partnered with the school district’s food services department to create a student food committee with delegates from all five high schools. Over the 2017-2018 school year, the food committee held meetings where they sampled foods, discussed their strategy and presented their findings to the board of education and Superintendent Jaime Alicea.

Donnay, now a junior at the Institute of Technology at Syracuse Central, said the food in the cafeteria looked like “slop” — it did not smell good and did not look fresh. He believed it looked like prison food.

Most students had no choice but to eat it: the survey found a majority of the students who ate in the cafeteria every day of the school week did so out of necessity and not out of preference.

For some, lunch might be the most substantive meal of the day, and it is free to all students in the district.

“It’s incredibly important to provide students with things that are palatable and enjoyable,” said Rachel Murphy, director of the district’s Food and Nutrition Services department. “I want them to have exposure to fruits and vegetables or other types of cuisine. Those are opportunities that many of our students may not have, will not have, and it’s my job to make sure that we can provide that to a degree.”

For one of its meetings, the food committee went to visit Adam Sudmann, program manager of With Love Restaurant at 435 N. Salina St., to sample new menu items. Sudmann can cook within 42 different cuisines. He chose recipes that can be made in large quantities and still preserve flavor and freshness.

“I was really surprised, some folks on the food committee liked the food that reminded them of home but everyone was sort of curious,” Sudmann said. “They were looking at each other’s plates, complimenting the smells and looks, bonding over the tastes. I find that to be the case often.”

The work of the committee and council members to make change in their school communities made this effort victorious for the students involved. They organized two surveys, a committee with 50 members and were able to get support from resources within the district and outside.

“They’re high school students and they’re standing up for what they believe. They’re real leaders in their schools,” Farah said. “It’s a really powerful movement.”