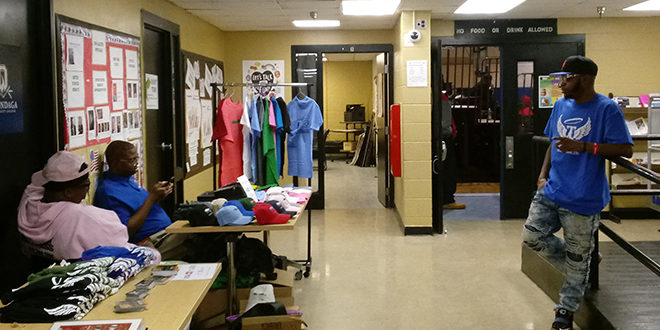 How young, black professionals turned their side hustle into successful careers

When Indaria Jones was growing up, she already had the entrepreneurial spirit percolating within her. She still does — with a mission now to instill it in others. 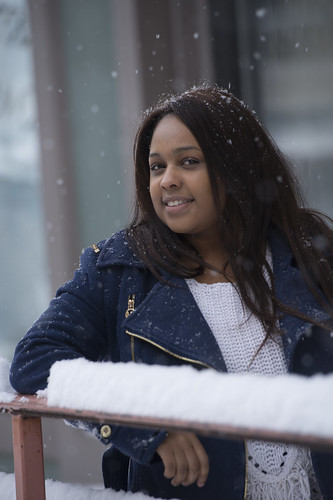 Indaria Jones, owner and founder of Thelikeminded, consults with millenials on building their own businesses and brands. | Zach Krahmer, Staff Photo

“I would have a lemonade stand, I would sell my mom’s old clothes,” recalled Jones, owner and founder of Thelikeminded, her consulting firm that focuses on helping millennials, many of them black, to build their own businesses and brands, just as she did.

Jones is one of the local black business owners who is a driving force behind an informal initiative that’s been building in Syracuse to support young black people by offering workshops, “pop-up” events, mentorship and — often — simply inspiration. As her business name implies, she and others, such as Tommi Billingsley and Victoria Coit, are part of an informal initiative reaching out to like-minded dreamers.

Syracuse Black Expo’s event last month is another indicator of the renewed entrepreneurial energy among Syracuse’s residents of color. It is one of many happening around the country, not just in cities like Syracuse but also in major markets like New York, Atlanta and Los Angeles, said Sean Herring, who founded the local event in 1999. It sputtered after a couple of years before resurfacing in 2017 and again this year.

Herring said the expo is vital for young entrepreneurs.

“We started to hear from the different entrepreneurs in Syracuse and the different microbusinesses that they needed something so they could promote their products and merchandise,” Herring said.

This year’s event, sponsored by Jerk Hut Restaurant, drew more than 20 participants, including churches and community nonprofits, he said.

Jones said she wants to be a motivator and mentor to others, whether they are a business client or not.

“We are born with gifts and talents, to have our own business for a full-time career,” she said. “Some people are discouraged, and some don’t realize that.”

Jones describes her own enterprise as having two sides: community and business. To do that, she connects with her clients first to make sure they are comfortable. It means getting personal.

“I am from here, I know the community and the journey, I know the organizations and the media outlets besides syracuse.com, to help plug people (in) with their talents,” she said.

Jones, who has a background in health care, slowly began her own business two years ago, as a side project, and built it into something more, focusing on marketing and branding.

“We are no stranger to someone having a side hustle,” Coit said.

In an interview last month, Jones noted how inspiration matters to these new entrepreneurs.

“I just met someone today, and she decided to launch her business,” Jones said. “She posted it on Facebook. I am cheering her on.”

A “Pop-up Shop” event at the Southwest Community Center in late January was one way for black business owners to come together and promote themselves, said Travis Robinson, owner and founder of Tru Soundz Entertainment, a graphic design company that, like Jones’ business, focuses on branding. 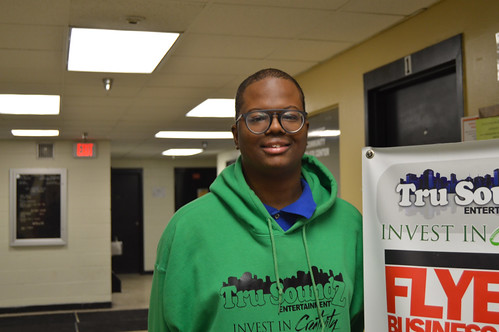 Robinson said he had the idea to start his own business when he was 13. After working in retail for a while and finding out that it was not for him, he jumped in to work for himself at 28. Now 32, he says he’s glad he made that choice.

Jones said it was a networking event like the “pop-up” that helped inspire her. She recalled that she was approached by Billingsley, who is CEO and founder of Flygirlshhh, an urban clothing line. Billingsley encouraged her to speak up.

“I don’t know what made her come up to me,” Jones said, citing it as a small thing that made a big difference.

Ruthnie Angrand is another black business owner who’s now moved into the administration of Syracuse Mayor Ben Walsh. Angrand began thinking about starting her business when she was 23 years old and attending graduate school at the S.I. Newhouse School of Public Communications. After experiencing several hardships that included losing a job, she decided that she wanted to do something about it. Angrand, whose business was another focusing on marketing and consulting, now is director of communications and marketing for Walsh.

Angrand said people should do what they are good at and follow their passions. She hopes to nurture an entrepreneurial mindset in others and generate even more community support, building on the informal initiative now gaining steam.

Eddie Mitchell Jr., founder and director of Team A.N.G.E.L, said he found a lot to do at the Southwest Community Center when he was growing up. Mitchell is a motivational speaker who visits local schools. He said there are not a lot of opportunities for kids these days. 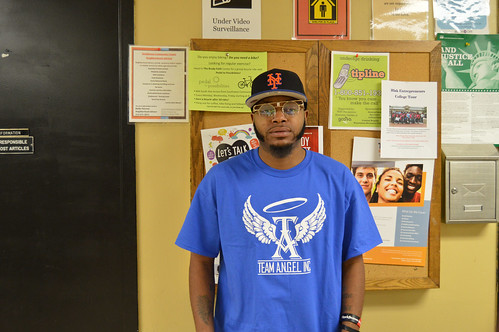 He talks about reaching average kids.

“Kids that need support, trying to inspire and motivate them, tell them my downfalls and my ups and downs, the good and bad,” Mitchell said. “(I) try to motivate them to be positive. Avoid negative things and enjoy life, that is my motto.”

Team A.N.G.E.L., which stands for Avoid Negative Garbage Enjoy Life, is designed to build skills and to create social- and self-awareness in a safe and inviting community for youth in Syracuse.

Team A.N.G.E.L. has run a learning program for children during summers and also oversees an alternative-to-suspension program at several area high schools, plus a daily after-school program at the Southwest Community Center.

Mitchell and Robinson said they had mentors along the way to help them. Robinson said he knew people in the community, such as his business partner, who ran businesses of their own.

“I been shot, I lost friends in the street to gangs,” Mitchell said. “I grew up in the Southwest (Community Center) mentor program but know they don’t have that many programs for them (now) and I want to give back. Push the movement.”

Looking ahead, Jones said that she will put on events in April and September. She said while her focus is on young blacks, everyone is welcome, and no one is excluded.

Brown, of the Upstate Minority Economic Alliance, said New York state blacks and Latinos have an estimated $170 billion in buying power. That, says Coit, makes the current climate for business in Syracuse “phenomenal.”

Jones agreed and said Barack Obama’s presidency was an inspiration that also built momentum in the black business world that must be maintained — especially locally.
“If you push to take your talents and your experiences in everything you learn and then move it to another city without trying to benefit your own city that you’re from … that is how communities stay in poverty,” Jones said.

Businesses owned by black women have been especially noteworthy for their growth. They blossomed by two-thirds between 2007 and 2012, and they account for 60 percent of all enterprises with black ownership, according to government data.

Jones described the time when she went to New York City for an internship with Kingpin Entertainment Group and had the opportunity to work with some celebrities. But she said while she was there, she kept thinking about returning to Syracuse to use her talent to help people here.

Jones stressed that she has been blessed. She said that her journey has not been that hard because she always tried to stay positive. In the fall, she will transfer from Cayuga Community College to the Martin J. Whitman School of Management at Syracuse University to get a bachelor’s degree.

While she pushes herself at school, she will continue to work to make Syracuse a better place through her consulting firm.

“Likeminded is not about me,” Jones said of her business, “but about our community.”