Coalition for Respect and Responsibility Meet

In 2007 Aretha Franklin, the Queen of Soul, headlined the 25th Annual Syracuse Jazz Fest, in which she sang her hit “Respect.”

Last year Franklin, the first female inducted into the Rock and Roll Hall of Fame, made a repeat visit to the festival, again captivating her fans while performing “Respect,” a two Grammy Award-winning song.

In between both local gigs by Franklin, the steering committee for the Syracuse Coalition for Respect and Responsibility was formed. The coalition held its kickoff celebration June 16 at the Southwest Community Center.

According to a brochure distributed at the event, the coalition consists of “grassroots people and organizations who are concerned about our communities, neighborhoods and schools, and are working towards a Syracuse whose residents are respectful, caring and protective of each other.” Its mission “is to develop, among us all, a shared sense of community that is caring and compassionate. This will be accomplished by working in partnership with others to inform, educate and advocate for a citizenry that demonstrates the values  of civility, respect and responsibility.”

The celebration was moderated by Jackie Warren-Moore, a freelance writer who writes a monthly column for The Post-Standard, and Larry Craft, who was a middle school teacher in the Syracuse City School District, now retired.

Craft said that the coalition started out with Jackie Warren-Moore articles in The Post-Standard. 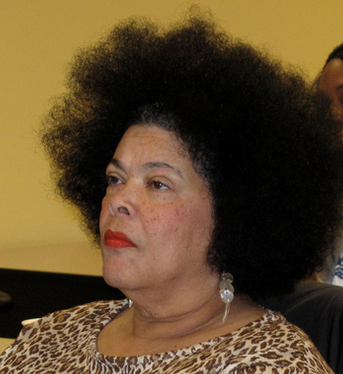 “She was relentless in reminding us of the importance of civility, of treating each other better,” he added. He went on to say that elected officials came on board, realizing that violence in the classrooms is not only a school issue, but also a community issue.

“The coalition is an umbrella, a clearing house to make our city a true community, and it operates on consensus based on a shared sense of values,” he told the audience. “We do not have a prescription, we do not follow a script. Some community members may be more influential than others, but everyone can influence, even if they think they are not part of core groups.”

Warren-Moore got into the details about the coalition activities. She described its “Be Careful Community Awareness Project,” which consisted of three workshops conducted by Craft and her at the Boys and Girls Club in Central Village, the Southwest Community Center and the Northeast Community Center. “The workshops focused on teaching the children to be mindful and care about each other, to be careful how you treat each other,” she said.

The workshops resulted in the publication of the chapbook “2016 Anthology: Respect and Responsibility,” a collection of 54 poems  by local youth. Five of the poems are anonymous, 45 have their authors identified by full name and the rest just by first name or a pseudonym.

Elementary school students Halima Muktar of the Somali Bantu community and Angel Mendez of the Latino community were among the poets who climbed to the dais to read their writings, which were structured in a stream-of-consciousness mode, a James Joyce narrative style.

Following them on the raised platform was Zau Tawng, a 14-year-old student at the North Side Learning Center, from the underrepresented Kachin population in Myanmar, who received an award for creating the coalition’s logo and slogan “Though compassion hearts are grown.”

Soon thereafter Joyce Suslovic, a Henninger High School teacher, introduced two of her pupils to the audience: juniors Kema Ndebay, from Liberia; and Egal Adan, from Somalia, who joined her in performing a rap titled “2 miles is 2 far.” After joking that she was “the weakest link” of the artistic trio, the teacher said that their piece referred to the campaign to have the school district provide free bus passes to students who do not live two or more miles away from their educational institution.

“We succeeded in bringing the limit from two miles down to 1.5 miles,” she said. “It’s just for the safety of our students, specially in the winter.”

Warren-Moore told the people in attendance that Suslovic was featured in the cover story of the June 12 issue of Empire, a magazine published on Sundays by The Post-Standard. “Joyce is a goddess and should be applauded for her efforts in favor of the community,” Warren-Moore added.

In turn, Suslovic praised Ndebay and Adan for participating in a rally by the Centro transit hub in support of the #2MilesIsTooFar campaign.

Bill Scott, fourth vice president of the Syracuse Teachers Association, said that his organization had partnered in this campaign and its members were also at the Centro station demonstration. Referring to Ndebay and Adan, Scott said, “I wish I would have been a passionate activist at such a young age.”

“We adults look up to the Syracuse youth; we want them to succeed,” Rita Paniagua, a commissioner of the School District Board of Education, added. “It all starts in our homes, living together as a family.”

Another elected official, Nader Maroun, Syracuse Common Councilor for the 5th District, said that he has been associated with the Coalition for Respect and Responsibility for two years now. “The local youth give me hope that there is a future for our community,” he said, concurring with Paniagua. “I love them from the bottom of my heart.” 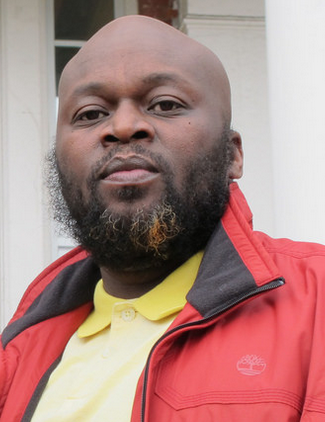 The love theme continued with Timothy “Noble” Jennings-Bey, director of the Trauma Response Team and founder of the Street Addiction Institute, Inc.

He said: “When we talk about respect we cannot leave the word love out of it. Respect about you goes back to self, and responsibility is tied directly to your identity and purpose. Respect and responsibility are issues of humanity. We are here on Earth on an assignment. We get the opportunity to express themselves, to be educated, to live a long and prosperous life, and to have something to offer to the human family.”

Jennings-Bey added, “Children model their behavior by what they watch,” to which Craft replied, “The kids learn from the adults.”

Along with representatives from the Syracuse Peace Council and the Alliance of Communities Transforming Syracuse, the chief executive officer of the Syracuse Police Department, Frank Fowler, was also in attendance.

“Respect, responsibility and civility are powerful words. Not only do they open the door for you, but they keep it open,” he said. “I am in full support of this program and hope it spreads around the community.”