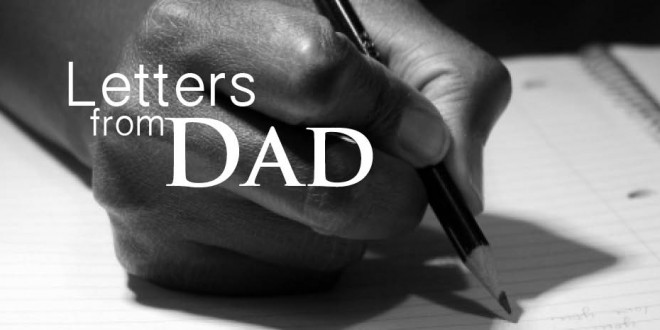 The Stand calls on fathers to make their voices heard

The Stand recently launched a new series on Fatherhood, and we want local fathers to contribute.

The Fatherhood Initiative under the direction of John Akins was the first feature in The Stand’s Fatherhood Series.

This summer, we will collect submissions of letters to one’s child.

The idea is simple: If it was your last moments here on Earth and you were given the opportunity to write a letter to your kids, what would you say?

What advice would you depart?

What cherished memories would you recall?

We will accept submissions via email or snail mail.

We launched this series to highlight the fathers who an engaged in their children’s lives. Today’s father has many roles. He is no longer just a breadwinner or disciplinarian. He may be single or married; employed or a stay-at home dad, and even as an adoptive, step-parent or simply volunteering as a role model.

The second feature profiled Ricky Worley, who became a single father just one year after his youngest was born and his wife passed away.

A 2013 Pew Research Center study found that Americans now expect fathers to be more of a moral teacher and emotional comforter than breadwinner or disciplinarian. Fathers are spending more time with their kids, too — three times the number of hours they were spending in 1965, according to the study. That’s a good sign, since the study found that 69 percent of Americans say having a father in the home is essential to a child’s happiness.

If a local father would like to contribute, but needs assistance in drafting a letter, please contact The Stand’s Director Ashley Kang, and she will assist in writing and editing.

For example, read this article about a letter that was written and never sent and did not reach one man’s son until five years after his death. How those thoughts and words could have benefited and enriched their relationship if they were said sooner.

So, please consider drafting your own letter and/or encourage other fathers you know to contribute.

The third piece in the series was a personal reflection.

Our hope is to have a collection of letters to share so the community can read and reflect on the thoughts, memories and advice African-American fathers from this community hope to impart on their offspring.

Here at The Stand, we feel this could be a powerful collection and spark further discussions.

Letters will be accepted by email to ashley@mysouthsidestand.com until Aug. 3. Or mail letters to South Side Communication Center, ATTN: The Stand Letters from Dad, 2331 S. Salina St., Syracuse NY 13205. 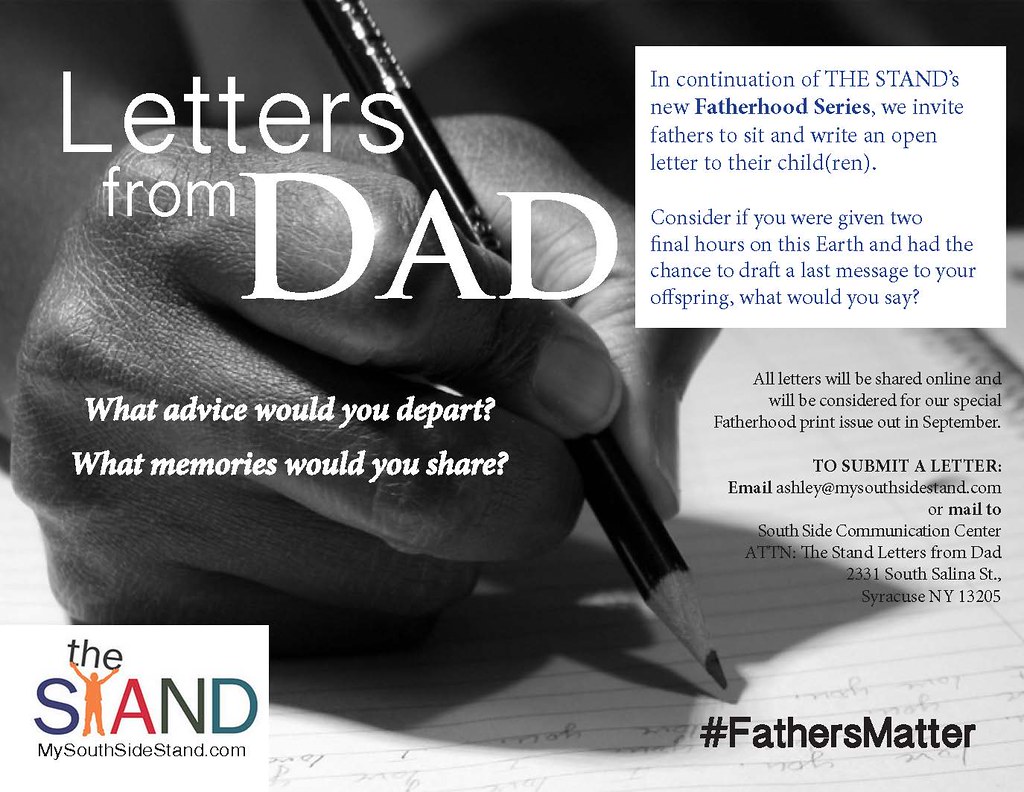