When postal officer Tony Wade ventures out into his neighborhoods in mid-December, he might not always be delivering mail, and he might not always be recognizable. That’s because once a year, the 33-year veteran of the United States Postal Service trades his uniform for a different kind of ensemble — one that involves heavy black boots, a red-velvet suit coat, and an overwhelming white beard.

That’s when Wade becomes Santa Claus, trading in bills and junk mail for presents and food. For the past several years, he’s been raising money and spreading cheer throughout the South Side. Through donations and his annual “Bowl-a-thon,” Wade typically raises between $2,000 and $3,000 a year for families in need.

While he most often serves some people on his postal route, he is not limited only to those. 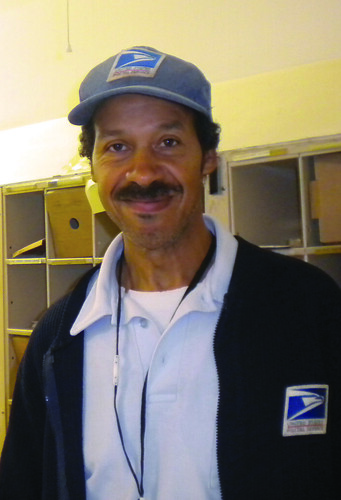 “I try to help anyone out that I can,” he says. “If someone tells me, ‘Hey, this family isn’t going to have a Christmas meal,’ or something, I try to get out there and make sure they have something to help them celebrate.”

Wade usually serves his baskets of food — mostly canned and preserved goods that will last awhile — to 100 or more families throughout the South Side. With a limited budget, helping that many people can get tough.

“I have the Bowl-a-thon every year to help raise money for everyone,” he says. “We usually raise most of our money through that and have a really good turnout, but I take donations from other people, too.”

It’s no surprise that Wade is so involved in spreading Christmas cheer. He considers being a member of the South Side community not just a role, but a responsibility.

“I coach all kinds of sports for kids around here, and it’s important for me to be able to interact with them,” Wade says.

That’s one of the reasons he began work with the postal office in the first place, he adds.

“I almost got into law enforcement, and I think I would have been good at it, would have been happy with it,” Wade says. “But I couldn’t turn down a job like this, with good benefits and good people.”

So instead of patrolling the streets, he patrols the sidewalks on Christmas Eve with an entourage of volunteer high school students.

They usually gather at the post office where Wade works, at the corner of Colvin and South Salina streets. His bosses and co-workers don’t mind the extra rush of people.

“Seeing Tony love his role as Santa the way he does, we just want to help him out,” postmaster Joe Armstrong says. “He’s a great employee and he’s a great Santa Claus.”

Part of being a good Santa Claus, Wade says, is being able to roll with the punches.

“One year, I had been delivering mail to this woman for a while, and I knew she needed a basket, so we got one all put together for her and everything,” he says. “And then we went and tried to deliver it and no answer, you know? So I was upset because I didn’t get to give her the food, but then I found out that she passed away. That was a sad time in delivering baskets.”

Still, Wade has plenty of happy memories that make up for moments like that.

“Any time you help out someone in need,” he says, “it justifies all that hard work you put in the rest of the year.”