Fiery String of Speakers Advocates for Changes In Their Communities

Derrick Thomas, 22, stood on the shadowy stage in The Gravity on Pearl Street, and told the adult community members in the room, “You are the parents; make your kids listen.” 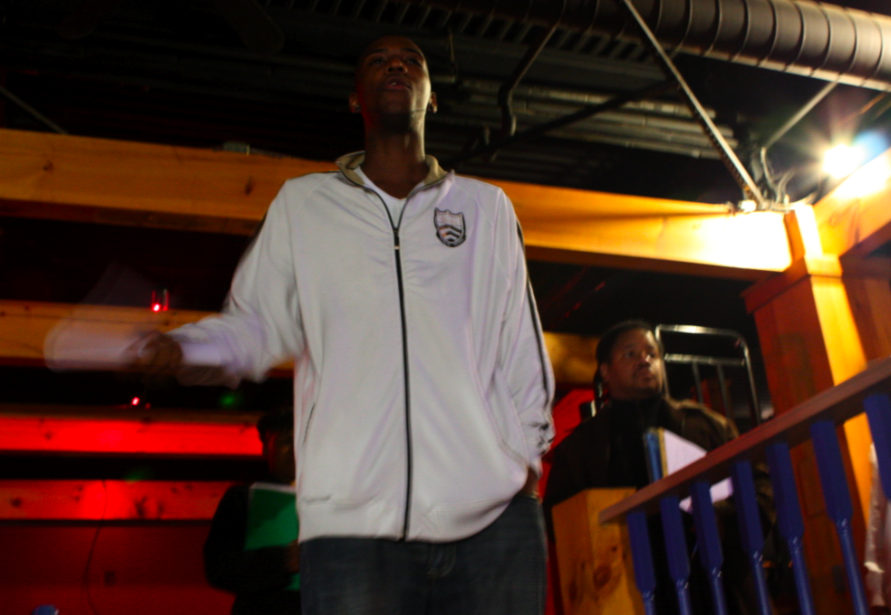 Thomas was one of several speakers to address youth violence to a crowd of 75 during Mary Nelson’s, the director of the Mary Nelson Youth Center, second support group meeting dedicated to “stopping the violence” in Syracuse. Held at The Gravity, 410 Pearl St. Saturday, Dec. 4, a fiery string of speakers advocated for specific changes within their communities such as parent accountability, drug testing, gun amnesty, and a curfew for youth living on the South side.

Nelson, the coordinator of the event, opened the meeting with an introduction and moment of silence in honor of 20-month-old Rashad A. Walker Jr., the toddler that was killed in a shooting Nov. 28.  Walker Jr.’s recent death was an emotional undercurrent through the entire meeting, causing community leaders to speak with urgency and call for immediate action.

The first step, she said, is to create six committees, each dedicated to a different issue in need of attention. She called for the meeting’s audience members to step forward and take leadership roles on the committees on education, health, careers, services, violence and the economy. On the first Saturday of every month, Nelson said she would like the committees to meet once a week and present their progress at community forums held on the first Saturday of every month. 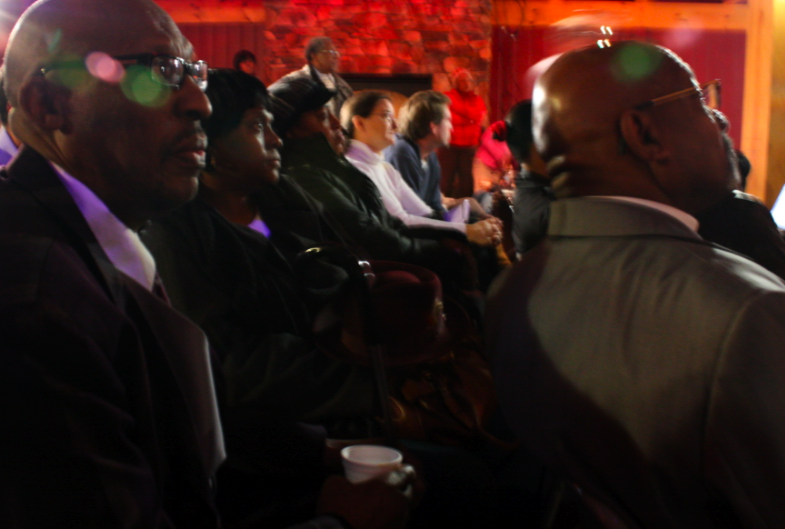 Members of the crowd listen to speakers during the community forum.

“Every one of us needs to be working together to solve this,” she said. “If you think this issue doesn’t affect you because you live in the suburbs, think again.”

After Nelson, Chris Deperno, the CEO of Integra Discovery, took the stage to talk about gun and drug detection and prevention. When the forum opened for questions from the meeting’s attendees, tensions ran high as a woman accused Nelson of not doing enough to involve the entire city. Nelson approached the woman and heatedly argued with her until a bystander intervened. “Come on now, Mary,” he said. “We have to keep this positive.”

The conflict illustrated the frustration and anger community members feel with regard to the rising crime rates within their neighborhoods. The stakes are high for all those involved.

Thomas said he felt the city was divided and that he “lived in a community within a community.” Programs like YouthBuild brings together youth from “every part of town,” he said. Thomas is a member of YouthBuild, a program run by Jubilee Homes for young men and women who have dropped out of high school. “The participants earn their GED while learning trade skills through the program. Since age 16, Thomas had been smoking marijuana and roaming the streets and dropped out of high school in 2006. However, he decided to turn his life around when his son was born three years ago. He felt a strong responsibility to be a role model for his son. “But that’s not how it works out for everyone,” he said.

Before his son was born, he spent time on the streets looking for the support he didn’t feel he had at home. “I felt like I wasn’t being loved. Kids look for love in the streets. It’s comforting to be with other kids going down the same path you are,” he said. 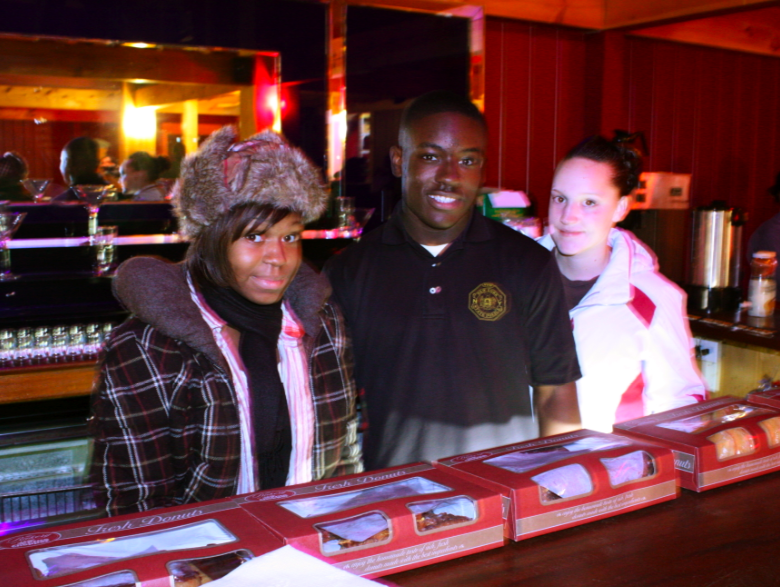 Although the Dec. 4 meeting focused on youth violence, there were few kids in attendance.  “Where are the kids?” Thomas said. “You are the parents; bring them, and make them come.”

Amir Getters agreed. “There should have been more kids here,” said Getters, a student at Corcoran High School and resident of the South Side.

Nelson said giving kids alternatives to the streets was crucial. She asked the churches and community centers to open their doors, giving kids a place to go after school other than the street corners.  To the parents she said, “this meeting is not about you, it’s about our kids. It’s about listening to them.”

“After this meeting is over, I expect you to sign up for one of these committees, and you better believe I’ll be calling you this afternoon to get started,” Nelson said.