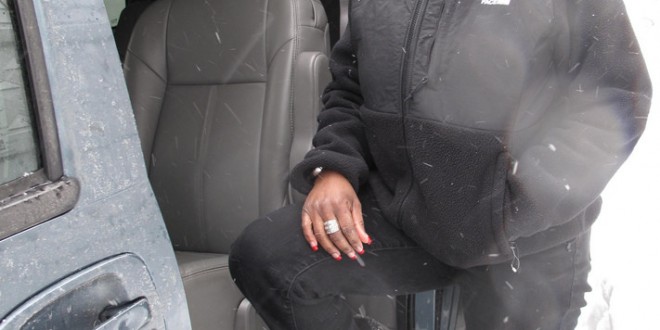 Yvonne Greene does not like down time. So much so that she works three jobs.

“I don’t like the desk scene,” Greene said with a smile.

Greene has lived in Syracuse for all but one year of her life. She attended Dr. King Magnet Elementary School and Grant Middle School as a child and Henninger High School as a teenager. After working for a year in Cortland, N.Y., Greene came home and has made it her goal to help out her hometown in any way possible.

For 15 years, Greene worked as a school bus driver in the city of Syracuse, and beginning in 2001 has worked with the Justice Center for the Protection of People with Special Needs. In September 2011, she combined those two jobs to create the Band Aid Personal Care Service. Since then, she’s been putting smiles on faces one drive at a time. 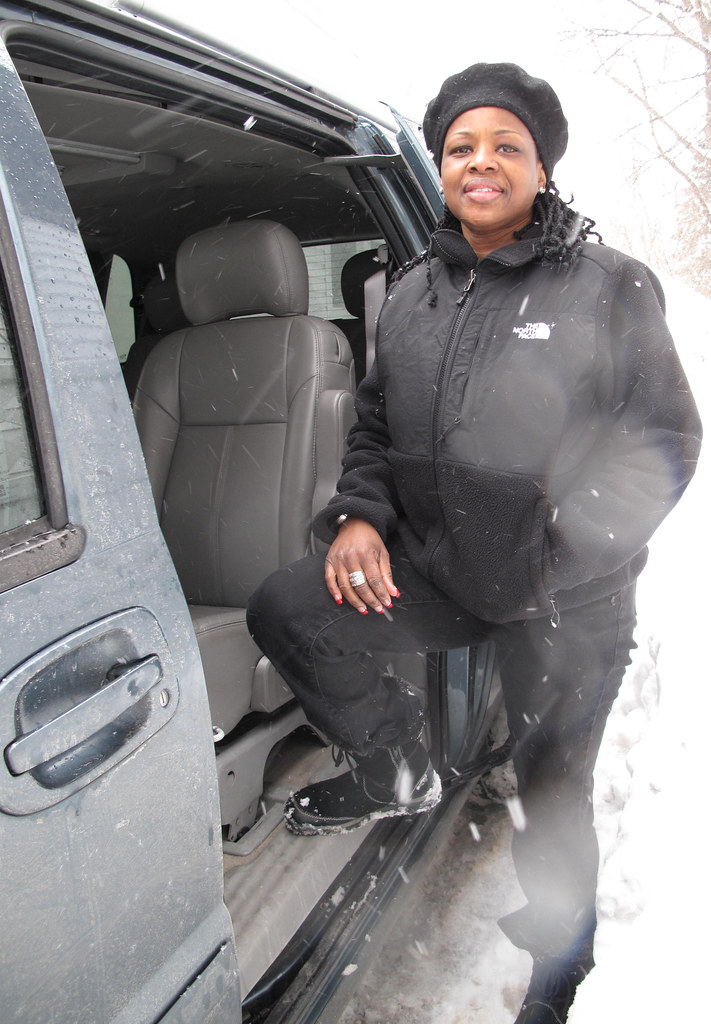 Rain or shine, Yvonne Greene will give you a ride. | Ashley Kang, Staff Photo

It’s people like Donna Reese who see the passion Greene has for her work. Reese, who is visually impaired, began using Greene’s transportation service only last summer, but already calls her a friend.

Reese recalls the first time Greene arrived to pick her up and says she immediately noticed Greene’s sincere care. Their bond was sealed when Greene turned on a CD of Diana Ross’ performance of “Home” in the final scene of the musical play and movie, “The Wiz” — Greene’s favorite song from one of her favorite movies. 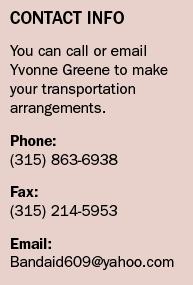 Greene also drove Reese the week before the anniversary of Reese’s mother’s death. It was a tearful ride, and Greene listened and consoled her friend. It is something Reese says she will never forget.

“She genuinely cares about people,” Reese said. “And that means a lot to me.”

Greene works three days a week — Thursdays, Saturdays and Sundays — at the NYS Justice Center for the Protection of People with Special Needs. It took almost two years of applying over and over to get the job, but her persistence paid off. Just two weeks before she would have to retake the application test and apply again, she was hired.

Greene helps run a daycare service. She’s been a bus driver. She’s run a limo service. But, she keeps striving for more. She aspires to open a weekend restaurant inSyracuse that would attract an after-work crowd.

Syracuse Common Councilor Bob Dougherty said it is people like Yvonne Greene and efforts like hers that bring hope to Syracuse’s underachieving areas.

“I think oftentimes middle-class people take things like transportation for granted,” Dougherty said. “The fact that every household has 3.5 cars or something, well that’s not true for places like the South Side. Boot strap efforts like these are really important for people.”