Protecting Your Family from the Threat of CO Poisoning

You can’t see it, taste it or smell it. It lurks in the shadows waiting to pounce on its unsuspecting victim. It can kill before you know it’s there. Carbon Monoxide poisoning (CO) – “The Silent Killer” – claims 500 victims annually in the United States.

LeVoy D. “Wayne” Davis of Syracuse is one of the unsuspecting victims that will be counted among the 500 killed by carbon monoxide poisoning this year. He was overcome by carbon monoxide while operating a gas-powered generator inside his home.

The good news: CO poisoning can be prevented through education, awareness and the proper installation of CO alarms. 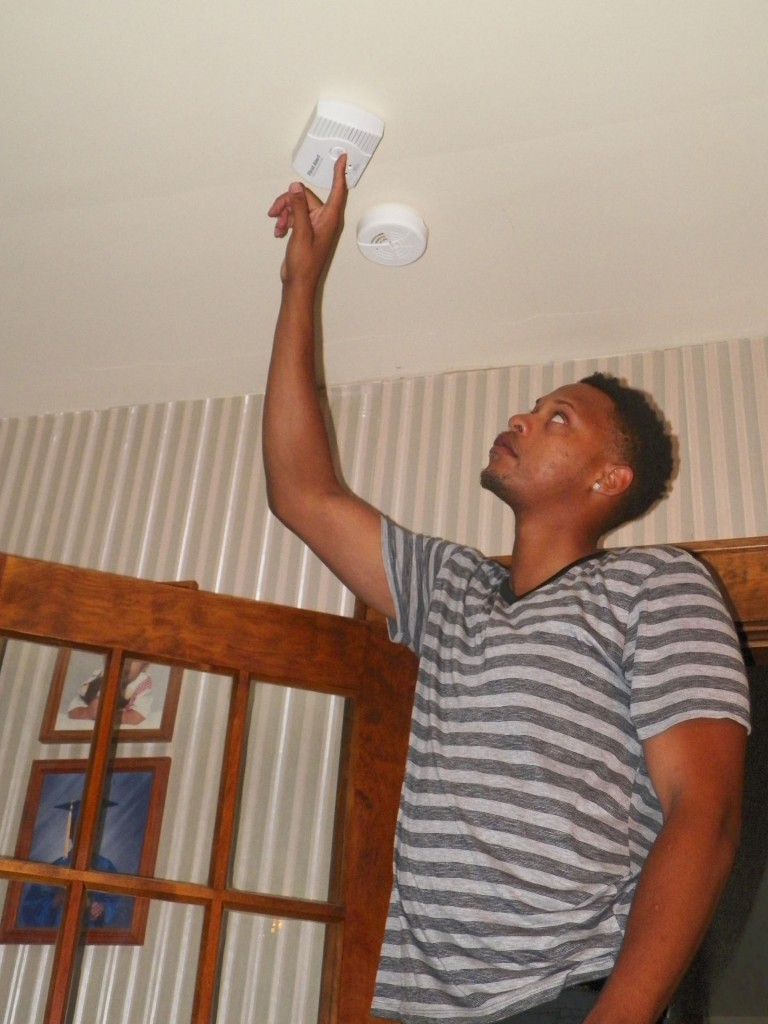 The three common symptoms of CO poisoning include headaches, vomiting and dizziness.

The first step in preventing CO poisoning is to be alert to the danger signs. In addition, it is recommended that you install CO alarms in your home to give you early warning.

Jamal Nelson, friend of Wayne Davis, was talking to members of his church about Davis’s death when he realized that many were unaware of the dangers of CO poisoning.

“I was surprised that people knew little about this silent killer,” he said. “I remember when I was coming up, people used to turn on their ovens to keep warm.”

Nelson approached his pastor about hosting a presentation to increase awareness of CO poisoning among church members. The pastor granted Nelson’s request.

Nelson immediately put in a call to Captain Elton Davis of the Syracuse Fire Department and member of Firefighters of Color United in Syracuse (F.O.C.U.S.) requesting the presentation.

“I received a call from Mr. Nelson. He said that he recently lost someone to CO poisoning. It inspired him to bring more awareness to the issue,” Davis said. “He was interested in F.O.C.U.S. doing a presentation on the dangers and prevention of CO poisoning.”

Education and Awareness are the keys to protecting your family from the threat of CO poisoning. The U.S. Department of Health and Human Services recommends never using “generators, grills or other gasoline-, propane- or charcoal-burning devices inside your home, garage or carport or near doors, windows or vents.

F.O.C.U.S. promotes fire safety/awareness in the Syracuse community. To schedule a presentation for your organization or community group, call Tyrone Sims, President of F.O.C.U.S., at (315) 430-4357.

For additional information, call the Syracuse Fire Department at 448-4777.

— Article by Keith Muhammad, The Stand Community Correspondent and a Syracuse Firefighter