Nationally, teenage pregnancy is declining, but in the Hispanic population, that decline is minimal

Last spring, Conchita Mazorra bought a couple of prom dresses. Not for herself — at 68 years old, she’s eyeing retirement more than dances. Instead, Mazorra bought them for several of the young women in her Latinamigas program, a pregnancy prevention program run by Catholic Charities.

For Mazorra and “her girls,” the dresses were more than frilly ball gowns for a teenage tradition — they were symbolic of something many of them never thought they’d see: high school graduation and a bright future. 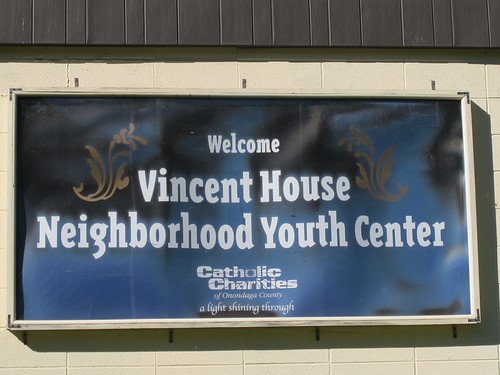 The Latinamigas program, run by Vincent House, aims to help young girls living on the West and South sides of Syracuse learn how to avoid peer pressure and pregnancy, as well as become successful in adulthood.

“Programs like these are so important to our girls,” said Mazorra, who has coordinated Latinamigas for five years. “It teaches them how to make the decisions they need to in life to be successful, independent women. It teaches them confidence and security, and that’s something that they often need.”

Insecurity in teenagers is nothing new, but it’s especially important in a community where English might not be the teenager’s first language, or if they are new to the country. In Syracuse, Census reports say that 5.3 percent of the city is of Hispanic origin.

That’s something that Aly Wane knows firsthand. As a member of the Syracuse Peace Council and an immigrant from Senegal, he works primarily with the immigration task force of the Alliance for Communities Transforming Syracuse to help undocumented families in Central New York and to work for national and local immigration reform.

“The Latino community is already so oppressed,” he said at the Syracuse Peace Council, surrounded by posters on the walls calling for an overhaul of immigration policies. “They need all the help that they can get, and even the families who are here legally are often grouped with the undocumented families. It makes it very hard to get a good job, or an education, or other things that they need to become successful.”

And that’s what Latinamigas aims to provide. Latinas who are from the ages of 13 to 19 are invited to take part in the program, which teaches life skills and provides networking opportunities intended to show them what they can become, especially if they successfully avoid teenage pregnancy. Nationally, teenage pregnancy is decreasing, but the smallest drop has been in the Hispanic population. According to a 2007 report from the National Campaign to Prevent Teenage Pregnancy, the percent of Latinas who become pregnant in the United States before the age of 20 is almost double the national average — 51 percent. 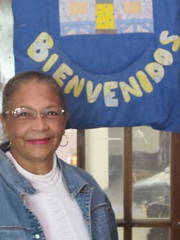 Conchita Mazorra is the coordinator for Latinamigas, a pregnancy prevention program run by Catholic Charities. -- Photo by Emily Warne

“It’s huge, huge, huge,” said Mazorra, referring to teenage pregnancy on the West and South sides. “Not getting pregnant is one of the biggest obstacles they face.”

Still, because Latinamigas is run by Catholic Charities, she can’t — and won’t — teach contraceptive methods. “Once you give these girls a condom, it’s like you’re giving them permission,” she said. “How can I do that?”

The daily after-school program, which meets three hours a day Monday through Friday, requires that girls have a good attendance record in school and good grades. In return, they bring in professional women to speak to the girls about their experiences and career paths and provide advice. Other speakers also come to talk about related topics, such as sexually transmitted diseases, conflict resolution, how to start and maintain healthy relationships, and peer pressure.

Her program saw five girls graduate high school and go on to college last year — including one 16-year-old girl who went on to community college in Rochester this fall.

“I think we are really getting through to these girls,” Mazorra said. “When one of them finishes high school or goes to a college, we know we’re doing something good.”