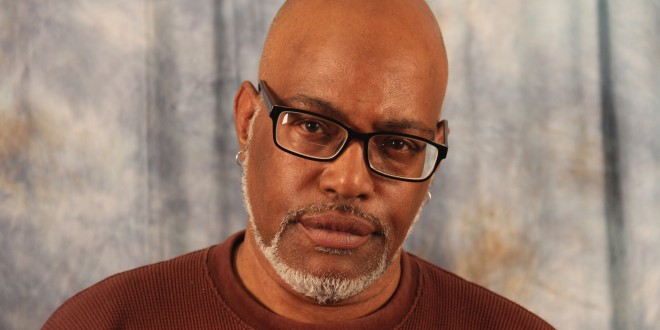 Nominated by Aldrine Ashong-Katai, coordinator for the Healthy Neighbors Partnership with Upstate

Q: What did it feel like when you first became a father?
A: I didn’t see my first child born. I was 17,000 miles away in another country serving in the Marines. I found out in the middle of an exercise that my daughter was born, and I was supposed to have been shipped home to see her. So I was quite upset I didn’t get to see the birth of my child, until my second one, which was my first son. Then I missed my second son being born by 15 minutes because I had to go and collect the other kids and catch a bus to get to the hospital. 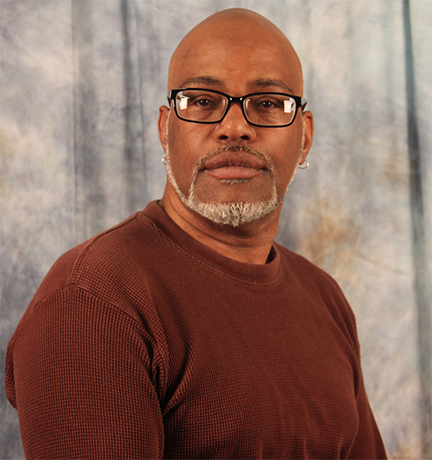 MEET FATHER LAWRENCE: Diamond-Walls, 57, lives in Pioneer Homes and volunteers there as a resident health advocate. He has been raising his youngest son as a single father for several years. He also has three grown children and four stepchildren. | Zau Nhkum, media student at Institute of Technology at Syracuse Central

Q: What was it like the first time you saw your newborn?
A: Paternally, it’s a rush of emotions on so many different levels. It was nice to see the continuation of the vine, which is ‘you.’ The macho side is like, you’ve accomplished; you have an heir. The other side is now you have responsibilities.

Q: What is your relationship like with your kids and family now?
A: Most all of them are grown and out now. Because a lot of relationships become fractured, doesn’t mean that relationships can’t be resolved or healed by someone else. In my family, we have always been supportive of other people’s families even when our relationships deteriorate, disintegrate, crumble, crash and burn. But we still keep amicable relationships. A lot of times we come into the relationships when the children are babies, like with my stepsons and stepdaughters. I was with my wife when they were babies, and rather than not have a father or a male figure, I was there. So while it isn’t something that you set out to do or be, it’s just the idea for them to have someone they can turn to. What we are trying to do is heal the diseases of the relationships, so even though we didn’t start with you, doesn’t mean we can’t finish with you and go the distance.

Q: You are now a single father to your youngest son. How is that going?
A: It was at the point where I wanted the relationship with my son. He’s been with me since he was about 9 or 10 and is now a teenager. So I went to court and am now the primary. In the legal sense that is a capturing of him, (but) that doesn’t mean inwardly it has taken. My son will come in and he’s got two minutes. He ain’t got time to listen and nor do the other children of this day. I worry about him very much.

Q: What was your relationship like with your father?
A: There was no relationship. Met him about three times in my life. The analogy is tight pipes burst. When male issues stem from fatherhood, that’s a chip they (sons) carry. Until that is chipped away, dispelled, crushed, extinguished, however you want to do it other than just continue to carry it, it’s going to continue on to the next person or the next child.

Q: What is the dynamic between you and your son?
A: I was late in getting involved in his life as strongly as I wanted to. He’s been inclusively locked away in his own world. That’s another trait all my males share. We are solitary in our own, but we’re expressive for others. He says he has plans to go to college, but in his brevity, and with me being a parent and wanting to know every little detail … he just says: “I got it.” So I am trying to direct him in the proper direction, and I have high hopes and ambitions for him. But he has to get there. As much as I want to push, it’s on him. All I can do is continually repeat that I love him, want the best for him and continually ask about his world. I may not get a lot of input; it may be brief, but I’m trying to get closer to him.

Q: What is the biggest worry you have for your son?
A: Everything, only because at any place, there are issues that can happen. Even in your home, you are not safe from violation. If you’re out on the street going to and fro, you can be violated any moment by anyone. So with him being out there, even if he was under my eyesight, other people have jurisdiction over me. So I still don’t have his safety and welfare in my hands as fully as I believe I should. There are a whole lot of worries. Pick up a newspaper and you can read about all kinds of incidents. It’s not just that they hang around him, but people have their moments so you never know when something will happen. There’s a basketball court right there (as he points out his front door to Wilson Park’s court). You can see 90 people down there, and all the sudden two people get upset and something breaks off. It wasn’t the other 88 that had a problem; it was only those two, but they tainted the whole area. So I worry every day.